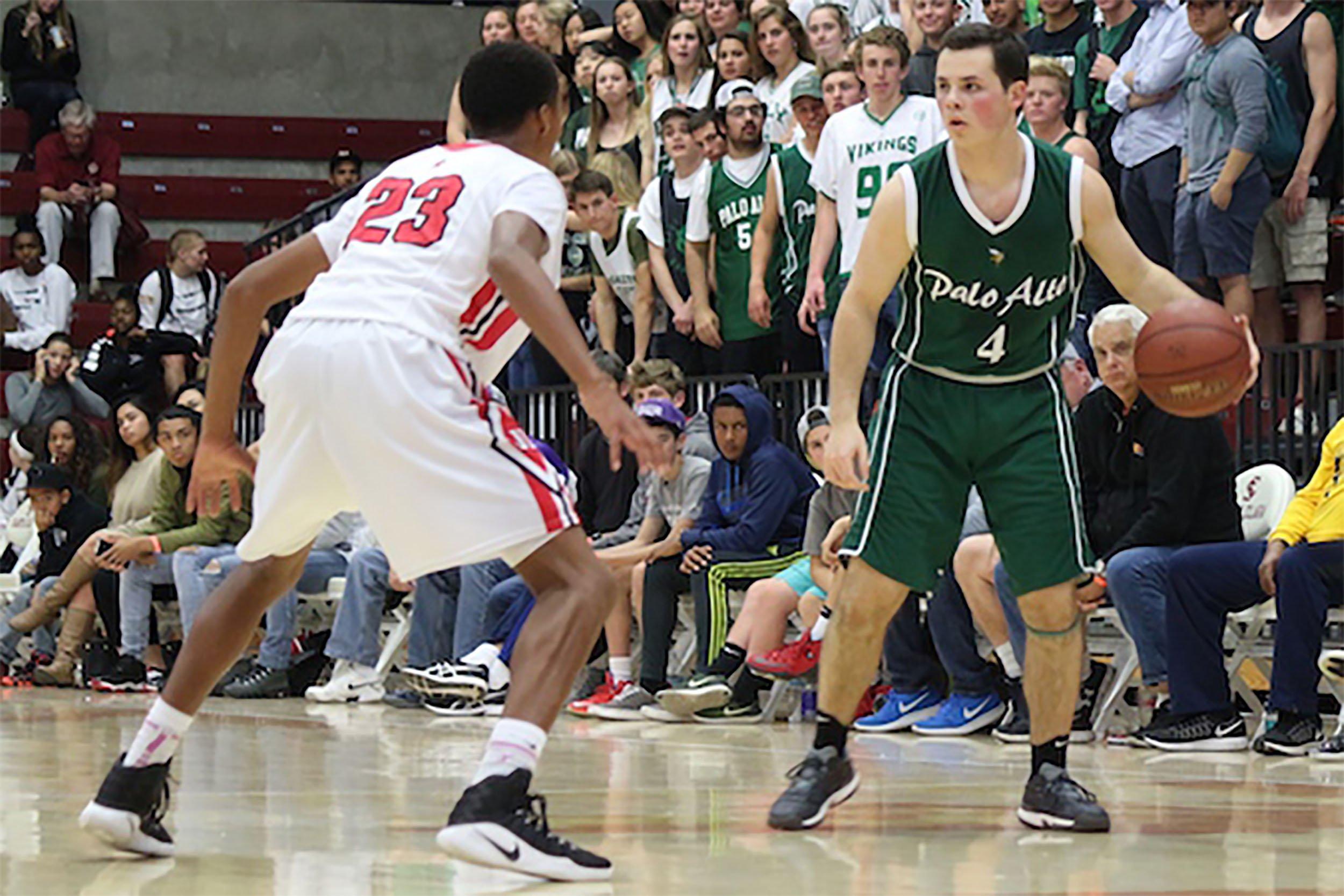 Basketball’s best season since more than a decade

The boys basketball team had its eyes on the state championship after winning the Central Coast Section (CCS) Division I Championship title.

Paly sealed a win against Los Gatos High School in the final round of CCS as the buzzer sounded by a score of 63-60, earning its spot in the California Interscholastic Federation Division I State Championships.

The Vikings won their first round of Norcal Playoffs in an equally intense match against the Fremont Tigers, 59-56.

From there on, the boys emerged from the semifinals victorious, defeating both the number one and number five seed, Dublin High School and St. Mary’s College High School respectively, with astonishing drive. Paly proceeded to play James Logan High School in the final round of the Norcal Championships.

To celebrate how far the team had advanced in the state tournament, Coach Diepenbrock brought NBA player and former Paly athlete, Jeremy Lin, back onto Viking territory to pep up the boys and give advice from when Lin’s own team won States back in 2006.

After coaching the team about the mental side to the game, Lin played with the boys in an empowering scrimmage.

“He taught us about how we needed to always go 100 percent,” Jefferson said. “So we can make that statement that we are doing right now.”

Shortly after his visit, Lin posted a #tbt on Instagram, reminiscing his high school basketball days and congratulating Paly on its championship win.

In addition, practices were adapted to emphasize the importance of the mental aspect of basketball.

The long and arduous practices were shortened to focus more on building the psychological strength of team.

The boys spent ample time watching film to be prepared on the court.

Students, parents and faculty filled the stands, cheering and rallying on the Vikings.

Paly and James Logan played in a nail-biting match, finishing regulation time 52-52. The Vikings dived into the second half leading 26-19. However, by the third quarter, exhaustion and fatigue spread across the Vikings’ court and the Logan Colts bounced back with strong and unexpected defensive strategies.

The game ended in a close call, James Logan taking the victory 65-61.

The boys have had an incredible season, taking Paly to the State Championships for the first time since 2006.

Given that the majority of the varsity players are currently juniors, Viking fans can only expect to see an even more successful season in the upcoming year.