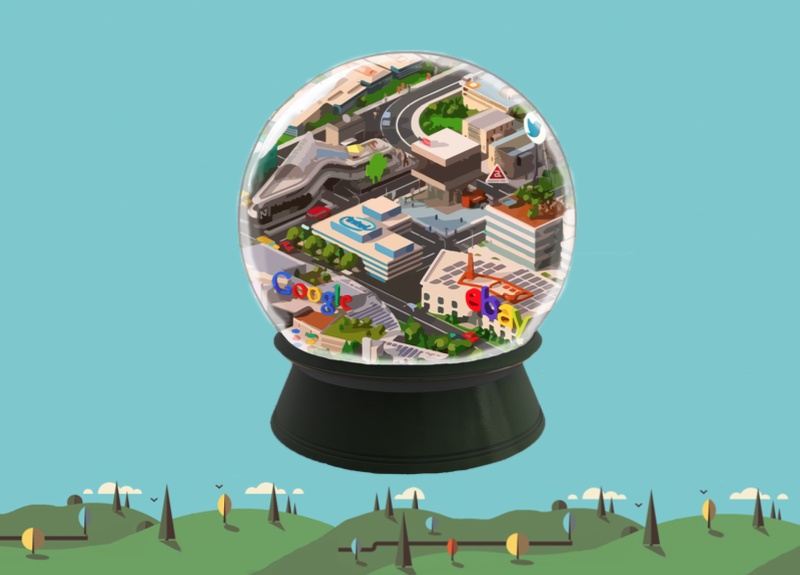 With a crime rate of nearly zero, self-driving cars and a $2.5 million median home price, Palo Alto is undoubtedly a bubble. So when Palo Altans woke up on Nov. 9 and found that Donald Trump had been elected president, they were shocked beyond belief. They shouldn’t have been. Residents had long  been living in the  bubble, a state of ideological claustrophobia reinforced during the campaign by a media “filter bubble,” also known as an “echo chamber,” an environment in which ideas and beliefs are reinforced through communication and repetition.

People who float through life in these metaphorical bubbles tend to scoff at others’ ideas and problems. The phenomenon affects people from all political stances and walks of life, but few areas have been as consumed by the echo chamber as the Bay Area. Many individuals in Silicon Valley have time and time again condemned those with minority  conservative opinions while simultaneously refusing to acknowledge that the opinions and problems of others hold relevance. One factor which has fueled this is that three-quarters of local voters backed Hillary Clinton in the recent election.

Many Paly students acknowledge that they live in the bubble, and for those who did not realize it beforehand, the election was surely a wake-up call. “The students were shocked,” said Spanish teacher Kevin Duffy. “I threw out the lesson plan and focused on positivity.” His sentiment was shared by many others in  the Paly community who spent the day grieving over  the election results.

Why did the filter bubble form, and does it matter?

Both the mainstream media and social media outlets have contributed to the Silicon Valley belief bubble. Catering to either side of the political spectrum are a plethora of news outlets that depend on consumers who seek a seemingly one-sided representation of current events. In Silicon Valley, many people completely disregard sources such as conservative-leaning Fox News, yet they often follow outlets   such as MSNBC or CNN, which generally appeal to more left-leaning audiences. It is easy for people to (perhaps even unconsciously) filter the type of news they consume and to condemn biases they do not agree with. Add to that the fact that social media outlets such as Facebook deliver to users what they want to hear, and you have the makings of an echo chamber and an isolationism that keeps many Silicon Valley residents from understanding life and opinions  in the rest of America.

Take the varied interpretations of the simple-sounding term “fake news.” In recent times, President Donald Trump has blatantly referred to various news outlets as “fake news.” Palo Altans might interpret “fake news” as the clearly made-up stories that circulated during the campaign, while Trump refers to coverage that he deems to be inaccurate, unfair or biased. While many residents of left-leaning Palo Alto may view this as simply another “Trumpism,” his comments have struck a chord with many Americans who feel as if the mainstream media as a whole is untrustworthy.

According to a poll conducted by Gallup, only about 30 percent of Americans trust the media a “great deal” or a “fair amount.” While these figures don’t directly justify Trump’s assertions, they do reveal a fundamental flaw in the perception of the media and, as the saying goes, perception is reality.

“I don’t trust the media. I’m skeptical of almost anything I hear them say.”

A Pew Research Center project — a year-long study conducted to shed light on the political polarization of America — took a look at the way consumers get information about the government and politics in three different ways, one of them being the news media. Looking at the results for the  liberal population, they tend to look at an array of different news sources. They also trust 28 of the 36 news sources surveyed.

The study revealed that the majority of consistent conservatives are tightly clustered around one news source. They are more likely to have friends who express similar views: 66 percent stated that their friends have similar views.

By contrast, the liberal population was less loyal to one specific news source. Additionally, they are more likely to follow issue based groups as opposed to following political parties or candidates.

When it comes to getting news about politics and government, liberals and conservatives occupy different worlds. There is little to no overlap in the news sources they turn to and trust. What the study revealed is huge filter bubbles among consumers of mainstream media.

“I like to consider myself somewhat of a moderate. But most of the time, I find myself sticking to one source of media. Obviously, this is not a good thing since I am only getting one point of view, but it’s what I feel comfortable with.”

In the golden age of the internet, social networking companies have attempted to cater to the interests of their users. Most frequently talked about is Facebook’s feed algorithm. Every time the website is opened, one of the world’s most influential (and highly misunderstood) algorithms leaps into action.

“Facebook is just an ad machine,” said Jeffrey Herbst, CEO of the Newseum, a museum in Washington, D.C. that focuses on the media. “The algorithms don’t care: all they care is that you stay on site.”

The issue with social media algorithms is that they have created a tsunami of narrow-minded news consumers. The wave of misinformation created by the algorithms is magnified by the lightning speed these stories travel via popular social media pathways. While scrolling through their feeds, many people read headlines and forward the information without reading the entire article. Additionally, photos may be taken out of context or altered and are not questioned, thus becoming “true” in people’s minds. “What is frustrating is that even the act of disproving fake and misleading information can help to spread the fake stories as the small amount of space given to social media posts does not encourage scrolling or reading more deeply,” said Paly Librarian Rachel Kellerman.

Many social media users tend to follow other people who they agree with, so they do not encounter other points of view. This makes them prone to believe any posts shared, even an outrageous one if it conforms to the point of view in their filter bubble.

“I think if we’re passive, technology will take over and could make us more narrow, but I mean Facebook can also feed you a broad range of sources. You have to signal it and I think that’s the new twist in all of this, that we can’t depend on the gatekeepers anymore. We have to take control over our news consumption strategy.”

In the new age of the internet, distribution cost is no longer an issue, and ads can be slapped onto any blog or website. Anyone can write and post a story at virtually no expense. Additionally, the internet is open to a large percentage of the population, eliminating the issue of a lack of audience. Facebook and Twitter have enabled people to exchange information on a much larger scale, while publishing platforms like WordPress have enabled anyone to create a website with ease. This easy access has supported an increase in fake news.

While social media is not directly causing a nearsightedness, it has enabled and facilitated it. If media consumers are passive, technology will cause people to be more  narrow. In order to prevent this, the consumer has to take control over his or her news consumption strategy.

In a time with so much mystery surrounding what is fact, opinion or fabrication, the burden to determine the truthfulness of blog postings, news stories and Facebook posts falls onto the individual news consumer.

While the internet may have enabled the publishing of fake news and the overall growth of echo chambers, it has also given us the tools to navigate the news landscape. Various fact-check websites along with bias check tools exist to aid consumers in their quests for truth. One method Facebook is beginning to explore is the affirmation of the validity of published stories via third-party companies. It hopes this will deter the spread of fabricated stories in the near future.

“If the fact-checking organizations identify a story as fake, it will get flagged as disputed and there will be a link to the corresponding article explaining why,” said Adam Mosseri, a Facebook vice president, in an interview with NPR. “Stories that have been disputed may also appear lower in News Feed.”

Another invaluable resource in a Paly student’s trek for truth is Paly’s librarian, who is currently speaking to English classes on the  increasingly important topics of media literacy and fake news. Kellerman’s profession as a librarian and her passion for information literacy have led  her to develop her presentation.

Through the use of news stories, Kellerman further impresses upon her audience the importance of recognizing bias in news sources.

In order to establish which organizations are left, right or center, Kellerman utilizes websites such as Snopes.com, which utilize user input to determine the bias of a certain news source.

Palo Alto has spent many years in the bubble without disturbance, and the election served as quite the wake up call. By any metric Silicon Valley is disconnected from the nation, and the recent election brought this to light. For those who wish to step out of the bubble and beyond the echo chamber, it is essential to draw news from a variety of sources and stay well informed in as many ways as possible.