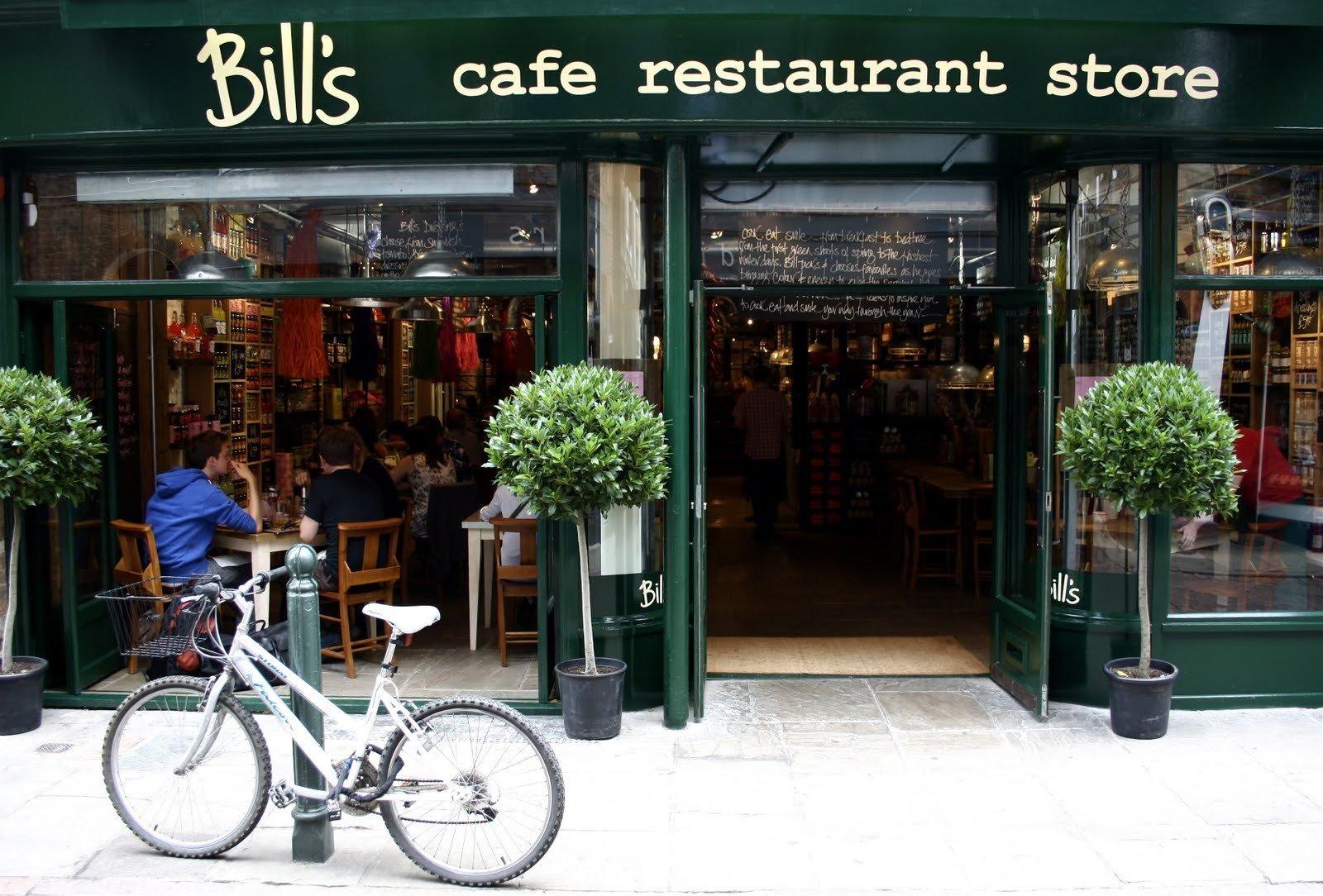 “The food comes big and hearty — with quality preparation, fresh ingredients and the friendliest service around.”

These are the promises made by Bill’s Cafe to their customers, and they didn’t disappoint.

For all brunch lovers, this is a must-try restaurant. And for all the families, having Sunday brunch at Bill’s could easily become a new tradition.

Bill’s Cafe is a breakfast-lunch-cocktail restaurant with five branches across the Bay Area. The one in Palo Alto is nestled by Philz Coffee and well-known among the locals.

In 1977 Bill Rizos and his wife, Amalia, founded Bill’s Cafe in Willow Glen. The Rizos established a strong family image and environment for Bill’s Cafe, but chose to retire in 2006. Although the Rizos did not pass the restaurant down to their own family, they gave it to another family passionate about food, the Zafiris.

The Zafiris chose to maintain the All-American brunch style but added intriguing new specialities to the menu. Their Greek heritage influenced the items such as the Greek Lemon Soup, Greek Scramble, and the Greek omelet. They also ambitiously opened up four other locations, including the one in Palo Alto. The restaurant is constantly bustling with people, but the cafe has both indoor and outdoor seating, which maximizes the space.

One of Bill’s logos include: “So come on in and spend time with your family and ours.” This is apparent as any passerbyer can observe the majority of diners came with their families. A group consisting of just teenagers is uncommon.

Shade from the sunny day was provided by the trees surrounding the sides of the cafe, which was not even necessary because it was not a long wait before a hostess asked us where we would like to sit. We gladly accepted the outdoor seating.

The blinding white bay-window shaped restaurant had two large windows and a big French door. The Bill’s signature green and red logo was printed onto the dark green awning above the door. The outdoor seating included circular tables with individual umbrellas, but cheap-looking, woodsy green plastic lawn chairs as seats. The external setting gave the restaurant a classic, old-fashioned feel but the inside was a different story.

The obviously breakfast-themed paintings hanging on the wall are quirky but close to being cheesy. A series of heavily filtered photographs of eggs line the walls of Bill’s. And from the dark colored floor to the brown cushions and funky, rectangle-patterns, the inside of the cafe appears drab, outdated and lacking in sophistication. The bathroom near the back of the building was clean and clearly well-maintained. The overall environment is nothing less than welcoming but the restaurant is certainly more about the food and service than the appearance.

A huge brochure of a menu contained classic brunch or lunch items: omelets, benedicts, pancakes, waffles, sandwiches, salads or anything else that could be found at a typical brunch place. However, Bill’s Cafe’s adds a new perspective on flavor with their Greek-inspired dishes, “South of the Border Specialities” and their famous Banana Pudding French Toast.

These unique additions to the menu are appealing as a more adventurous option and makes Bill’s stand out from the crowd.

At Bill’s, there is no lag in service. The ice water came immediately as we sat down and the dishes came piping hot. The waiter spoke in a friendly and casual way, checking in regularly to see how we were doing.

Some dishes came with sides of buttered toast, others with a choice of hash browns or country potatoes. Although these are considered “sides,” each plate came with heaping amounts of potato or bread. The country potatoes were sauted with onions, which packed a lot of flavor, and the hash browns were deliciously crispy on the outside but still steaming and fluffy on the inside.

Living up to their promise of quality preparation, George Zafris says they make their “cinnamon rolls, bread pudding, pancakes, soups and sauces… from scratch. For the hash browns [they] boil the potatoes, cool them down and shred. [They] buy nothing frozen; everything’s done from scratch and all ingredients are fresh.”

The Morning Quesadilla ($11.50)  from the “South of the Border” section was gladly overstuffed with heaping amounts of scrambled eggs, bacon, peppers, onions, black beans, cilantro, cheddar and jack cheese held within a flour tortilla.

The salsa and sour cream added brightness and freshness to the heavy, both in flavor and weight, quesadilla. The portions are humongous; I know because the quesadilla required a to-go box. For a student, $11.50 for brunch is a little hefty, but each plate came with what was the equivalent to two meals.

It was easy to tell the chefs were well-experienced, as the poached eggs on the Blackstone Benedict came perfectly runny. The eggs benedict was composed beautifully, with two perfect poached eggs each stacked atop avocado, grilled onions, tomatoes, an English muffin and, of course, smothered in hollandaise sauce. The ingredients complimented each other well as there were fresh and provided a variety of textures.

The Californian Omelet ($12.25) can only be described as massive. The size of it was astounding; one can only wonder how many eggs were needed to make one of those giant plates. Mushrooms, avocado, and tomatoes were scattered throughout it and topped with more avocado and sour cream. The sour cream added some tartness and the melted cheddar and jack cheese in the middle added a delicate salty taste to the eggy meal.

The Cookies and Cream Pancake ($7.75) was simply good but not a showstopper. The dish had two big, fluffy buttermilk pancakes with crushed Oreos, whipped cream and sides of butter and syrup.

All of the components were sugary-sweet, each bite overwhelmed with sugar. However, the crushed cookies provided a nice crunch against the soft pancakes. Overall, the dish was basic and could be made by any home chef.

Ice water was free and the Fresh Squeezed OJ was refreshing but definitely not worth $3.50 for just an average-sized cupful. However, in the entire menu, there isn’t anything that exceeds $13.

Bill’s Cafe never promised a sophisticated setting, so don’t expect that. However, they definitely deliver amazing, wholesome food with insane portions and a comfortable, easy-going environment.

As Bill’s says: “Welcome to Bill’s Cafe, a breakfast tradition since 1977.”