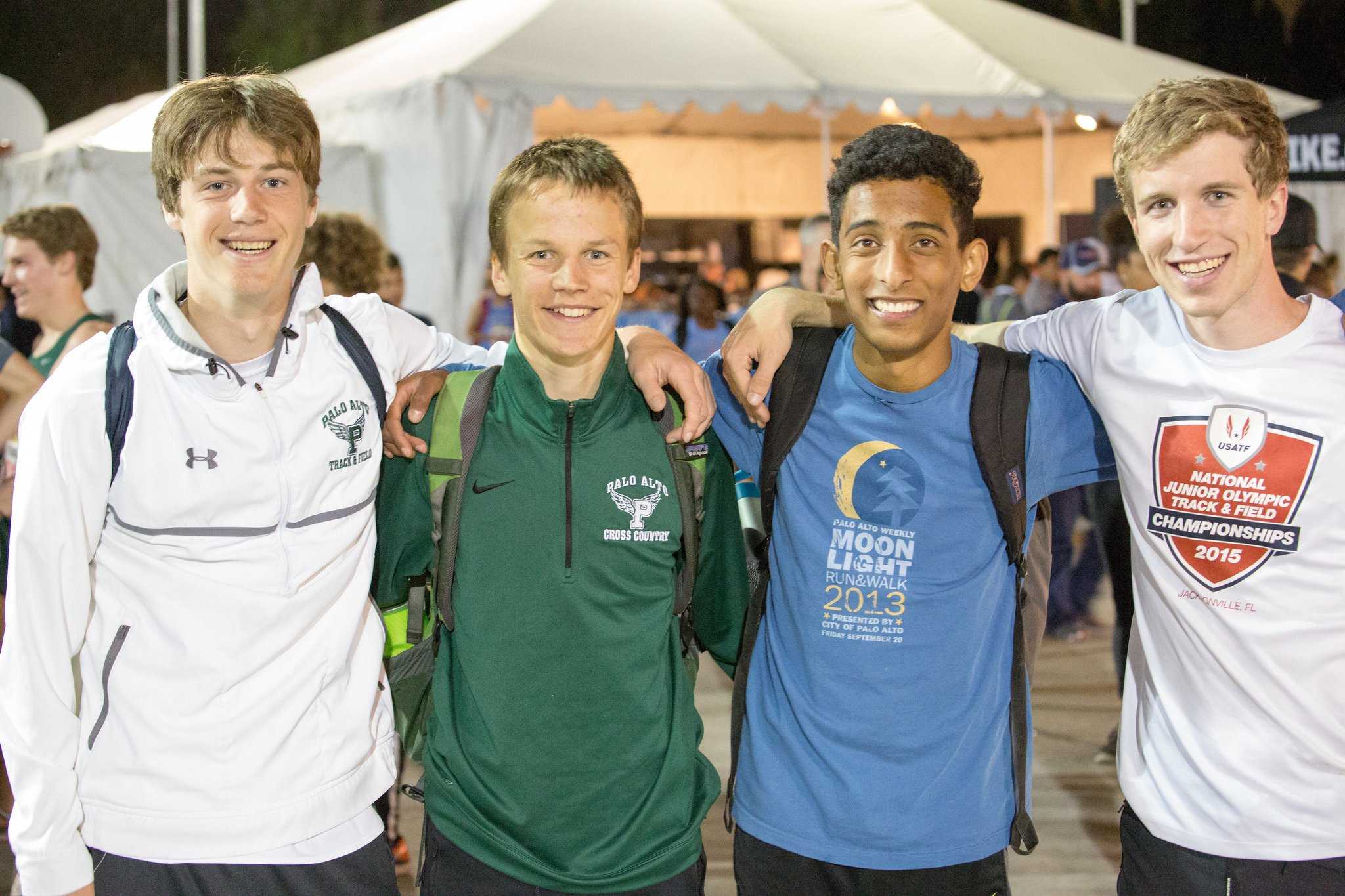 Many of the Palo Alto High School track records have stood unbeaten for decades, but over spring break, four athletes in the distance running crew took down the 4×1600 Paly record by more than 15 seconds.

The quartet — composed of juniors Reed Foster and Sam Craig and seniors Naveen Pai and Kent Slaney — competed in the Arcadia Invitational on April 7 and 8.

A total of 14 Paly students competed in the meet. Of those who participated, two competed in individual events, and 12 ran in relays.

This is the second record that the Paly track team has broken so far this year.

They also set a record in the distance medley relay at the Stanford Invitational Meet, with Craig running the 1200m, sophomore Brian Kagiri running the 400m, Foster running the 800m and Slaney finishing with the 1600m.

The Paly track boys are strong in distance running, a fact that was highlighted by their second place finish at CCS and 13th at States during the fall cross country season. All the runners on the distance relay record-setting team participated in cross country in the fall, and have experience with distance running.

“Cross country prepared us,” Foster said. “It gave us the endurance we needed to complete tough workouts and prepare for this event.”

In addition to 4×1600 relay, Paly also participated in both the boys and girls 4×400 relays on Friday night of the meet.

The girls team competed with freshmen Ella Ball and Brianna Miller, junior Adee Newman and senior Titi Bolarinwa. The Lady Vikes finished with a time of 4:06.85.

On Saturday, sophomore Henry Saul competed in the Rising Stars Mile. He ran a personal best time, 4:25.77, and placed seventh in the event.

The other individual event for the Paly boys team was the triple jump, and Michel-Ange Slaba placed eighth with 44-4½, his best score of the season.

“Arcadia was a really cool experience,” Saul said. “Being able to run with and even being able to compete with top athletes in the nation was new for a lot of us and gave us really good influence.”

Overall, the track team is happy with their results in the meet. They hope to continue improving throughout the rest of the season.

“I think some of us had really good races and some of us didn’t run our best race,” Foster said.