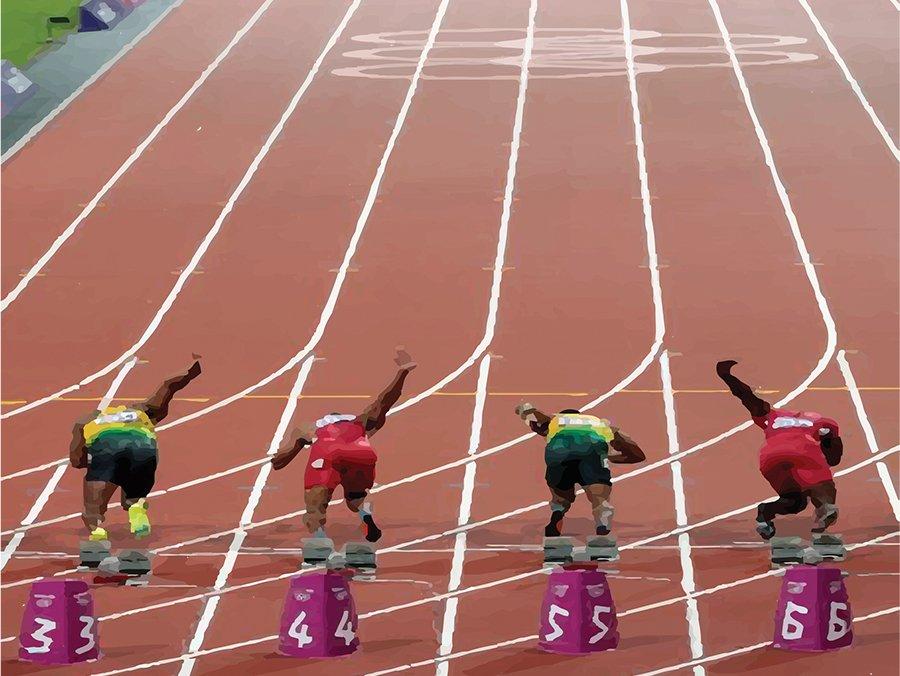 The superiority of Kenyan runners

Cole Hechtman
Showcase
April 25, 2017
There are only 17 American men who have run a marathon in under two hours and ten minutes.  In October of 2011 alone, 32 Kenyans beat that time. Furthermore, Kenyan runners Geoffrey Kirui and Edna Kiplagat won the men’s and women’s open in this past Monday’s 121st annual Boston Marathon. With Kenyans breaking ground in all aspects of running, one question persists: Why are Kenyan distance runners so fast?

When Kenyans emerged in the long distance running scene in the late 1980s, Americans credited their aptitude to cultural differences. Many claimed that when growing up, Kenyan children “trained” by running and walking to school miles away and increased their endurance by working in the fields at home. Conversely, American children were often driven or took buses, and spent hours motionless with technology upon returning home.

The theory led researchers Yiannis Pitsiladis from the University of Glasgow and Daniel Lieberman from Harvard University to team up and investigate the idea. They used vo2 scores, a measure of potential running success, to evaluate Kenyan runners who traveled long distances frequently. Much to their surprise, they found that each of the 30 male and female Kenyans used in the sample failed to produce the highest vo2 scores, indicating that individuals who exercised the most were not necessarily the fastest.

Even with the results, the 4.6 miles per day that the sample population averaged are incomparable to the severity of a marathon. In fact, they soon concluded that distance was not an important variable, but rather that the Kenyans’ body mass index (BMI), or a person’s weight divided by height, played the largest role. When testing Kenyans who possessed a low BMI and were physically fit, they tended to produce the highest max vo2 scores.

To prove this, 14-year-old subjects from Rift Valley were tested on a rigorous interval routine on a makeshift 400-meter track. According to Jack Daniels’ “Oxygen Power” tables, untrained Kenyan boys with a BMI of approximately 15.5, with 18.5 classified as underweight, averaged a max vo2 score of 73.9, translating to a two hour and 19 minute marathon. As a reference, the median marathon finishing time in 2015 for men in U.S. marathons was 4:20:13, according to Running USA.

Of course, BMI typically fluctuates significantly as one matures. Taking this into consideration, Daniels conducted a following study based on longitudinal trials, where he found that while the runners gained weight, they also gained muscle and were able to maintain their scores. In addition, continuing to travel long distances daily, living at a high altitude and having no access to unhealthy food prevented the subjects from falling out of shape.

Clearly, each of these factors are important, but only one explains why Kenyans posses such a low BMI in the first place. The answer, which is the leading belief behind Kenyan runners’ success, falls under genetic predispositions.

Many Kenyans have little fat to begin with, but also have particularly slim ankles and calves — a common body type for those growing up near the equator. In running, this can be extremely advantageous, as the leg serves as somewhat of a pendulum. The less weight there is from the center of the body, the easier it is to move and therefore run faster.

If a runner were to add weight to their torso, they might be slightly slower, however adding weight to one’s ankles or legs would take a considerably greater amount of energy when attempting to run. For this reason, David Epstein, a senior editor at Sports Illustrated, says a runner’s body type is the most important aspect in their speed, and variables such as training and aerobic respiration have little overall effect. In fact, he says that by measuring and finding the smallest ankles of a starting line of runners, you could statistically predict who would likely win the race.

Given the large distinctions between body types and habits, Pitsiladis predicts a grim future for Western runners, even compared to former runners outside of East Africa.

“It is not surprising that Steve Cram, David Moorcroft and Sebastian Coe still hold important [best running] times in the United Kingdom with little or no chance of their records being broken,” Pitsiladis said. “Our young population is simply too unfit in general, so there is little chance of extremely talented athletes emerging.”

Will the spread of technology affect these runners? Will elite runners exclusively include East Africans? As this gap widens and more East Africans, specifically Kenyans, dominate major stages of running, such as the Olympic Games and regional marathons, these questions will soon be answered.