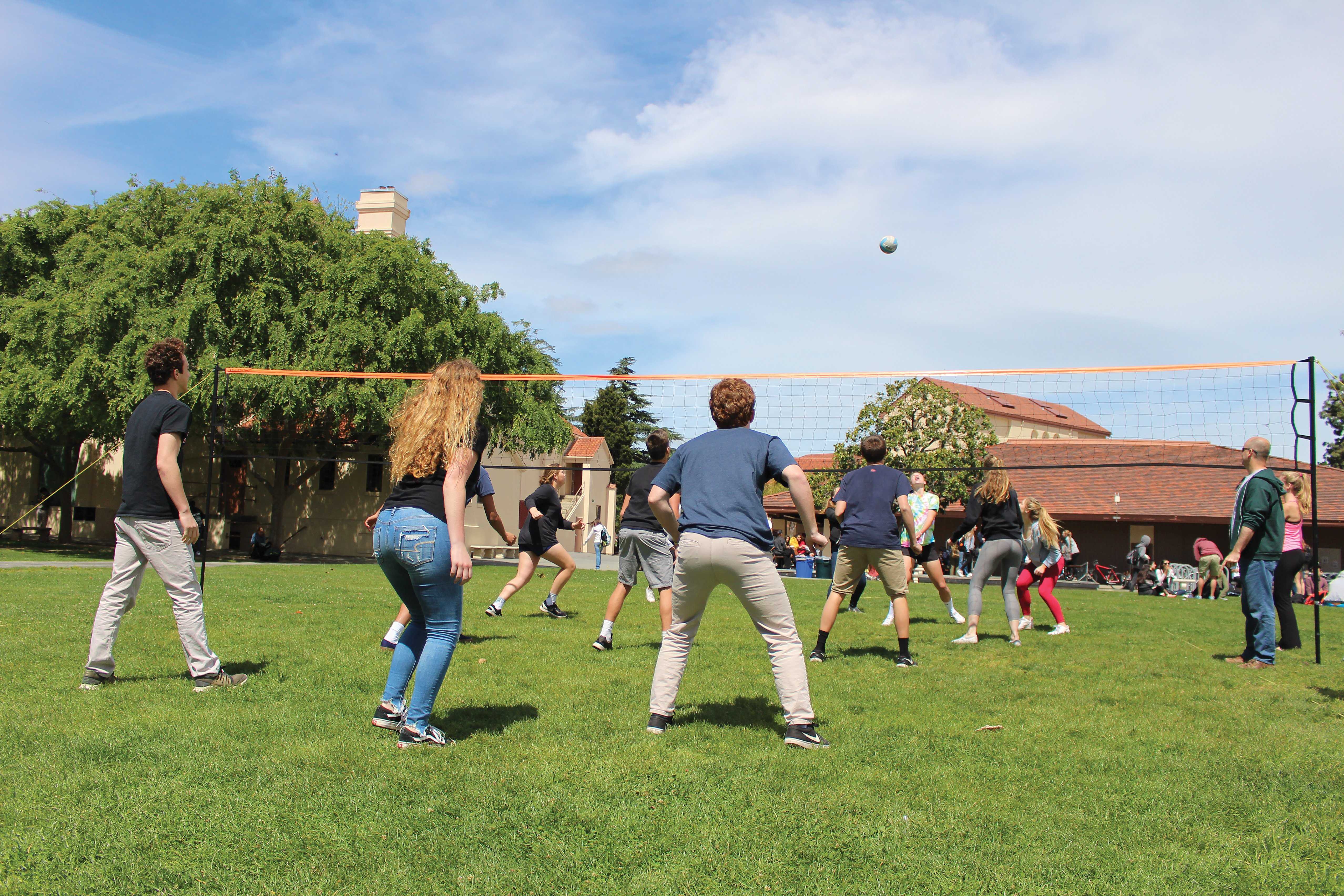 ASB presented the fourth annual Spring Volleyball Tournament that took place on April 24-28 on the quad during lunch time.

Kasra Orumchian, ASB Sports Commissioner, encouraged all students to come out and cheer on the teams.

As a participant himself last year, Orumchian learned that having a large audience when playing is very motivating.

“I’m confident that with the amount of teams participating, the audience size will grow as well,” Orumchian said.

This year’s tournament experienced a major upset. Just on the first day the 2016 champions, the Dab Daddies, lost during the first round.

The level of competition on the courts rose higher when compared to last year.

A particular team that gained attention quickly within the first few days of the tournament is Team24, primarily a YMCA basketball team. However, they expanded their horizons and served as the tournament’s underdogs.

“We came in nervous, we heard they had game. But we competed and were able to pull out a big win. It feels as if we got the best chemistry in the tournament.”

Each team was allowed up to eight members with a quorum of six members.

The only requirements was that each team had to include at least one underclassman and one upperclassman. Teams also could not consist of more than five players from the same grade or more than one varsity player per team.

Volleyball nets were set up two weeks prior to the tournament to promote the event. The top three winning teams received gift cards to various businesses, worth $20, $15 and $10 dollars.

The team brackets were chosen randomly and posted outside the Student Activities Office, on Schoology and on ASB Social Media.