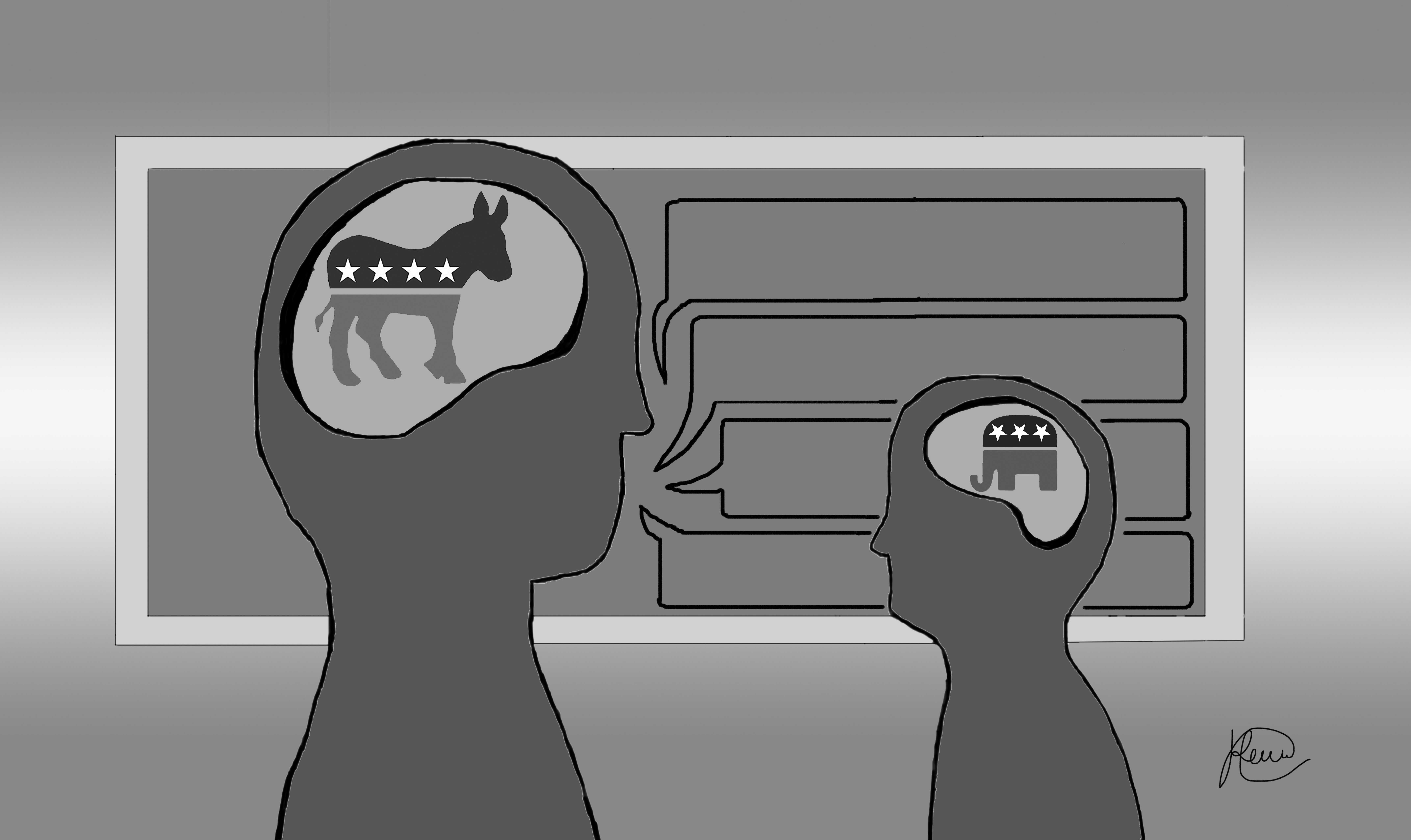 Every student in the Palo Alto Unified School District has had the misfortune of taking Living Skills. Some people complain that it is too boring and a waste of time, while others argue that the class does not teach students practical skills, such as how to do their taxes.

However, the biggest flaw in Living Skills is that students are exposed to sources that are incredibly skewed — in particular, sources that favor liberal stances — and aren’t offered sources to balance out these views.

In Palo Alto, many people acknowledge that we live in a political bubble. Not only do we live in a city where almost every household is liberal, but we live in one of the most liberal states in the country.

As a result, classes at Palo Alto High School curate their material so that it is presented in a fashion that students can relate to and don’t feel uncomfortable with.

Due to the liberal atmosphere at Paly, classes typically present students with articles from sources such as CNN and the New York Times and liberal television like the Daily Show. Unfortunately, one of the worst offenders of this practice is Living Skills, a class students can not escape.

Instead of fighting this problem by seeking out conservative viewpoints to broaden our horizons, the Living Skills curriculum further entrenches us within our bubble by closing off any conservative means of media.

As many who have gone through Living Skills know, the class falls far left on the political ideology spectrum. Claims such as Americans are misinformed due to the smog of racism that permeates our society saturate its curriculum.

Liberal claims are supported by a variety of sources ranging from opinion pieces based off of personal stories to TED talks by social justice activists. However, there is one major problem — all of the sources are tend to further portray the liberal point of view and shun any conservative perspectives.

According to junior Varun Dutta, when they learned about “race, identity and social justice,” not a single conservative source was provided for the students.

“In our last major unit, Race, Identity and Social Justice, out of the 32 sources provided, there was not one conservative source,” said Dutta. “Instead, we confronted articles that called those who challenged the liberal narrative naïve and racist.”

By failing to present  more conservative views, Living Skills has done a disservice to Paly student.

Without conservative articles to balance liberal arguments, many assumptions within the Living Skills curriculum, such as “the smog of racism,” go unchallenged, leaving students with a narrow view of the world.

It has led to the belief that conservatives are always wrong rather than individuals who simply have different solutions to societal problems.

This belief has had a chilling effect on society because many liberal college students have attempted to suppress the First Amendment rights of conservative speakers, such as political commentator Ben Shapiro, by justifying themselves through the belief that the speaker and their values are wrong regardless of what they may say.

Furthermore, the Living Skills curriculum is currently weak because the curriculum focuses on the experiences of a situation rather than statistics or facts.

Johnny, whose name has been changed to protect his privacy, thinks that the foundation of Living Skills imposes on student perspectives and are exclusive to the beliefs of only some students in the class.

“I’m a math person, and so whenever I hear of a situation — perhaps police brutality — I like seeing facts and empirical evidence to back it up,” said Johnny. “When I see trends, that tends to help give me a better sense of what’s going on. Unfortunately, when I hear things in class and might be able to disprove it, it becomes really hard to do because Living Skills has fostered an environment that values experience, which could be easily cherry-picked over statistics.”

It seems that, while Living Skills does an excellent job at informing students about various walks of life, current events and social issues, it certainly could improve its unbalanced distribution of sources and use more statistics and factual evidence to support its claims.

If Living Skills is required for everyone, then it is necessary that each student receives an education that is much more neutral — or at least takes into account the other point of view — and accurate.