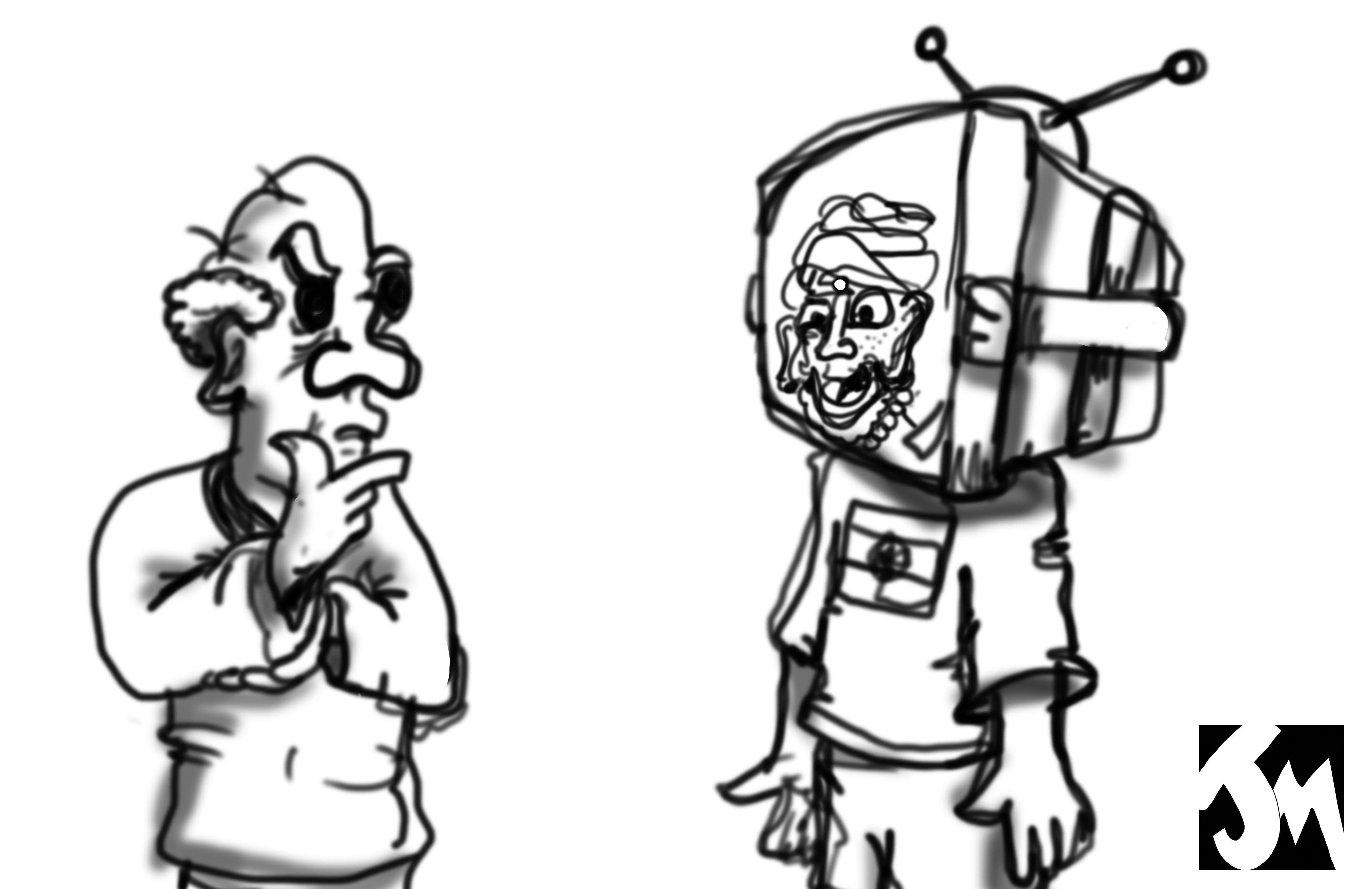 Go back to your country,” mutters the man in line at Peet’s Coffee and Tea as I head out of the shop with a coffee in my hand.

It was the third time that week. First the kid in the chemistry class. Then the man on the street I bumped into. Now him.

I turned and stepped towards the man, ready to yell some obscenities at the latest attack on my racial background. But his back was turned. Obviously, he didn’t expect a response, not from a weak Indian like me. He didn’t get one. I walked out of the store, punched the nearest stairwell and left.

The phrase echoed through my head.

The same phrase would be the words that Deep Rai, a 39-year-old Sikh man in Kent, Washington, would hear before a masked assailant put a bullet in his arm on March 3.

The same phrase that would be the last words that Srinivas Kuchibhotla, a software engineer who had recently immigrated to the United States from India, would ever hear. He was gunned down in the middle of a Kansas bar after being called racial slurs all evening. Not much earlier, his wife had begged him to leave the country, as she was wary of growing racism against Indian-Americans.

America’s response? “Go back to your country.”

We also face a unique form of discrimination. It seems that the Indian-Americans are treated less and less like people, and more and more as living jokes, living memes and not human beings, but objects to be made fun of and ridiculed.

The image of the modern Indian-American is truly depressing. We are seen as weak, both physically and mentally, stereotypically nerdy and incredibly awkward. The spreading of this stereotype alongside the normalization of racism against Indian-Americans can be attributed largely to our media portrayal as soft, awkward nerds.

Just take a look at Disney Channel’s Phineas and Ferb. At first, it seems just like any other children’s television show — two brothers work with their friends on wacky inventions that oftentimes end up accidentally saving those around them from the evil dealings of Dr. Heinz Doofenshmirtz, a local mad scientist.

However, upon taking a closer look at the show’s characters, one young man in particular stands out. Baljeet Tjinder, an Indian-American boy, rarely fits in with the other characters. He is comically awkward, spends excessive time doing math and studying while other children are on summer vacation and is constantly bullied by those around him.

If this weren’t enough, Baljeet comes from a self-described “long line of losers.” His great-grandfather, grandfather and father have all been killed in tiger attacks and, as if that wasn’t all, he literally dirties his pants when presented with physical confrontation. Really.

But making fun of Indian-Americans doesn’t stop there. Television shows repeatedly mock Indian culture, a phenomenon exhibited by Disney Channel’s “Jessie.” The show portrays Ravi as a young Indian-American character who maintains an excessively strong Indian accent despite being born and raised entirely in the United States. Much like Baljeet, Ravi is awkward, weak and constantly bullied by other characters on the show.

Upon wearing a traditional Indian sherwani, Ravi is humiliated by fellow characters, being described as looking like a “nightclub act” and a “traffic cone with hair.” When his babysitter finally sticks up for him, she is comically unable to pronounce the word “sherwani” — yet another jab at Indian-American culture.

Other shows, including CBS’s critically-acclaimed sitcom “The Big Bang Theory,” also have characters who exist almost entirely to ridicule Indian culture and play off the stereotypical Indian-American image.

Television is an integral part of American culture. It shapes how we act in our everyday lives as well as how we view ourselves. Portraying an entire racial group in the way that television shows portray Indian-Americans is not only racist, but provides a depressing image for young Indian-Americans.

This relentless attack on Indian-Americans in the name of comedy has real world impacts. The media portrayal of a group has a significant impact on the way the same group is viewed in real life, both by members of the group and society as a whole. By portraying Indian-Americans as awkward shells of human beings, we are telling the next generation of Indian-Americans that they must fit this image­ — that these depressing, awful people they see on television are their future.

From those who defend this portrayal, a common argument always seems to be that this rampant stereotyping and racist portrayal is somehow “just a joke.” The truth is that it stops being a joke long before the moment that people are killed in hate crimes.

It seems odd to me that this blatant stereotyping and racism is somehow normalized and considered acceptable in the name of comedy.

While we can all agree that stereotypes can be funny, there is a line that is more than crossed when an Indian-American character on television, after being tied up to a door in a sleeping bag by his abusive friends, awakens and yells “Great Ganesha! I am a human samosa!”

We get it, you think we’re funny. But the truth is that Indian-Americans are more than jokes. We’re people with lives and emotions and no, we aren’t all antisocial, awkward weirdos who are bizarrely obsessed with traditional aspects of our culture. We’re just people, and all we want is to be treated as such. Is that too much to ask?