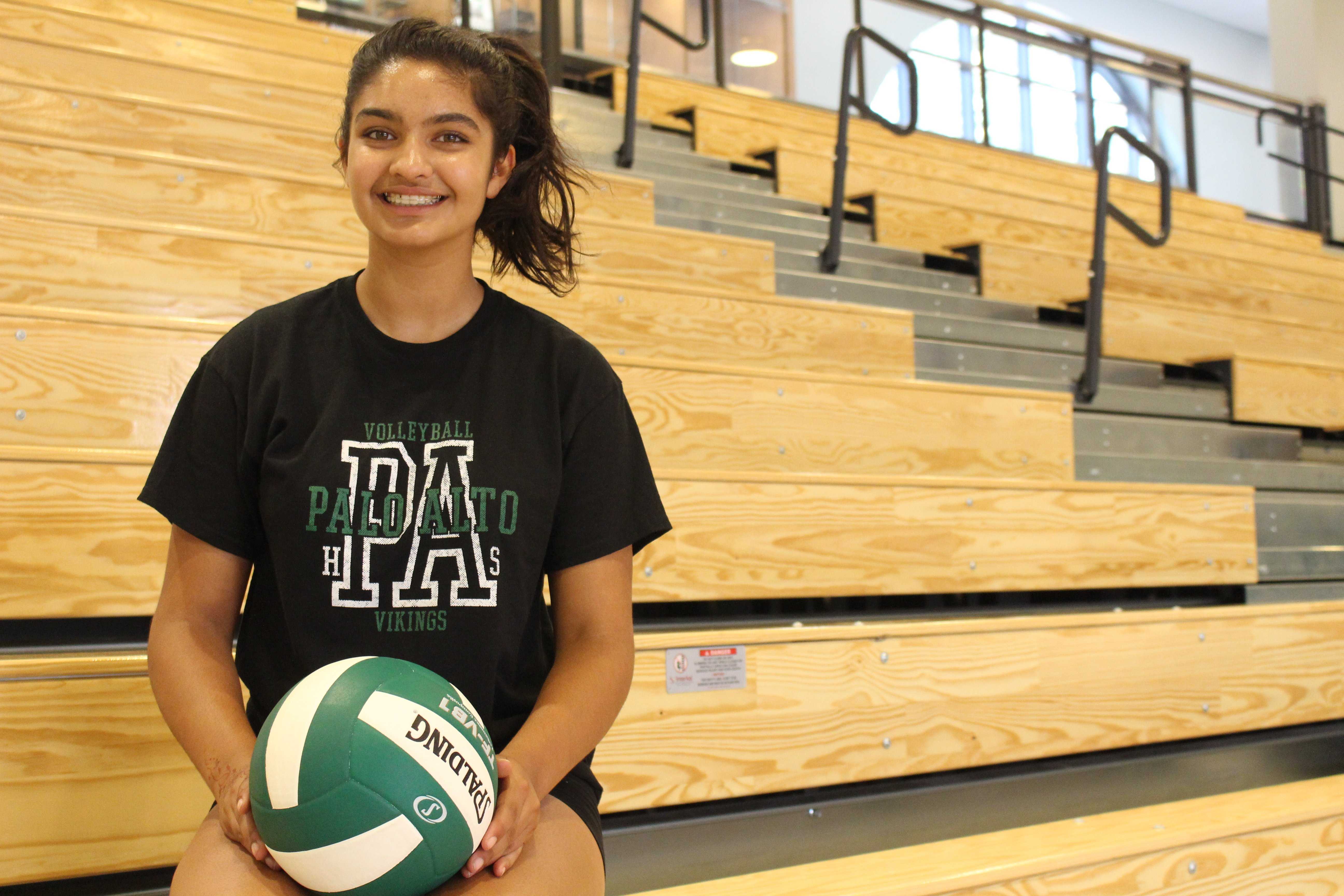 For freshman Trisha Razdan, success in the sporting world has come easily, but with it came with a slough of tough decisions to make. Razdan struggled to find a true passion in the nine sports she played before discovering volleyball, including fencing, gymnastics and golf.

Razdan may be known on campus as the volleyball wunderkind, but before her volleyball career kicked off, she was training as a competitive equestrian. However, soon Radzan found herself skipping increasingly more horseback riding practices and competitions to attend volleyball commitments. An all around athlete like Radzan, who could have excelled at any sport she pursued, said she gave up all else for volleyball because volleyball contained one important element that other sports she played lacked: the sense of a team.

Volleyball allowed me to be able to really feel like apart of a team and I never really felt that with the other sports I played. Being on a team also made me more motivated to get better because I was constantly surrounded by other players trying to improve too.

Across the seven sports offered in the fall season, Trisha Razdan is among the few freshman students playing on a varsity team. Radzan has played volleyball for a total of three years, spread across club teams Palo Alto Volleyball Club and Vision Volleyball. She has also played on the A team (advanced team) during her three years at Jordan Middle School.

Most “A team” athletes in middle school will go on to play at a more rigorous level in high school, but the leap into higher level athletics can be intimidating for many freshman. Razdan said her transition to playing on the varsity team taught her about the vastly different levels of competitiveness when it comes to freshman versus varsity sports.

“Paly volleyball is a whole new ball game,” Razdan said. “It’s really inspiring to have the ability to play with girls older than me because it motivates me to work harder and get better.”

Although both levels of rigor challenged Razdan in different ways, Razdan says middle school and club volleyball never gave her the opportunity to play with older and more competitive girls.

Radzan hopes to continue to improve so she can be just as strong as the more skilled players on varsity.

“It’s always humbling to be able to play with such amazing girls, and I hope I can get to their level.” Razdan said.

Despite only being a freshman, Razdan said she has plans to expand her skills and athleticism into college volleyball.

“I had my heart set on playing it [volleyball] at a collegiate level ever since I started playing in sixth grade,” Razdan said.

“It’s always rewarding to play extremely well and to know the hard work you put in paid off.” Radzan said.