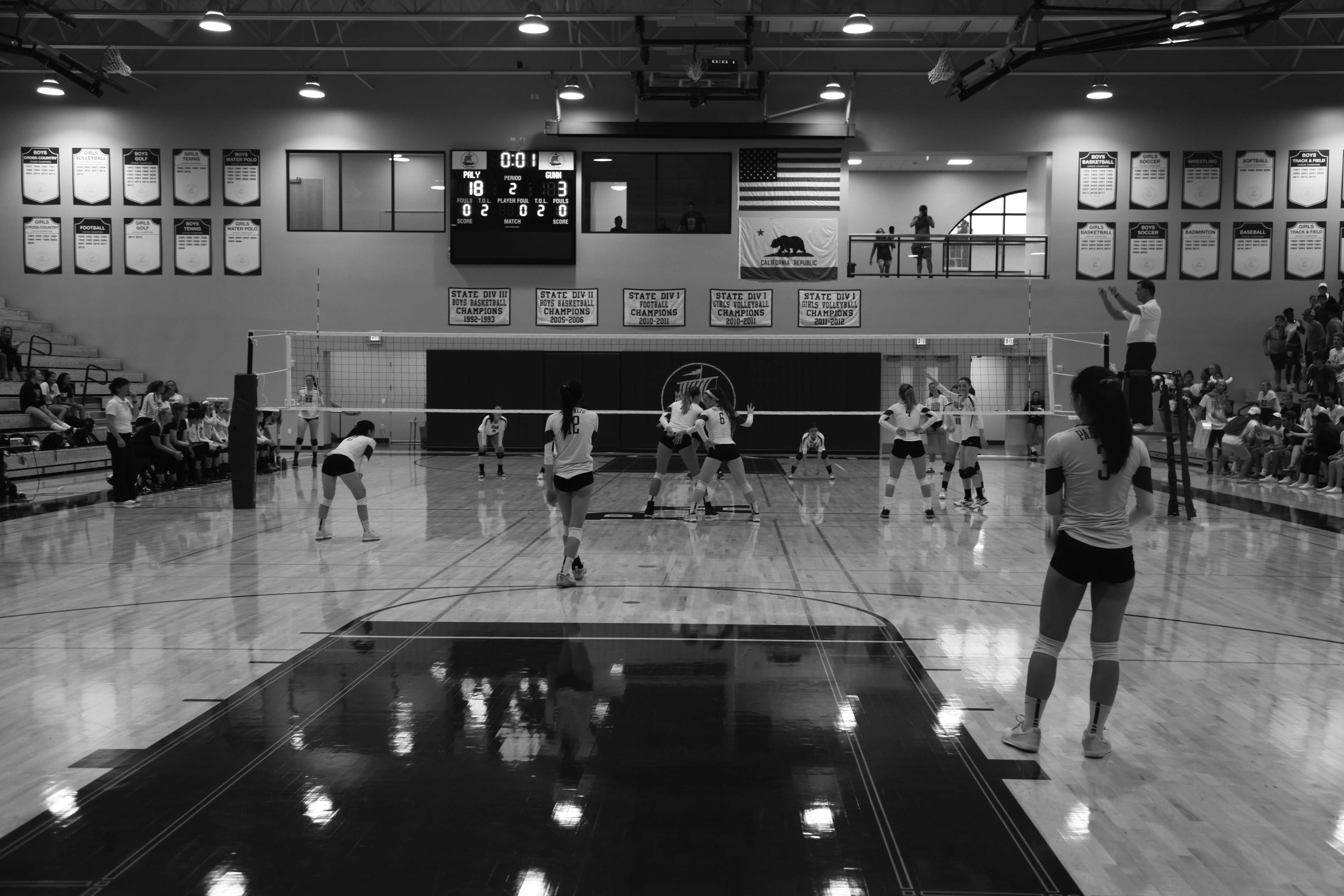 After years of construction, students have eagerly awaited the chance to use the new Peery Family Center, and what better opportunity than a volleyball game against rival Gunn High School.

The Palo Alto High School  girls varsity team defeated Gunn in all three sets with a final score of 3-0.

“We played really well together for almost the whole game,” said junior Ashlyn Callan. “Although there were a few times when things didn’t end up working out as well as they could have.”

“Everyone worked hard and supported each other”

There was a great turnout for the first few sets in the new gym, according to Callan.

After losing the graduated seniors from the previous year, senior team captains Fan and Limb said the new team’s spots have shifted. Many of the returning players had to step up and take over different positions.

“A lot of the graduated seniors were a part of our starting lineup, so we had to switch that up, but luckily we play with a lot of returning players,” Fan said.

After finishing first in the league last year, the varsity team has high expectations this year, according to Limb. The team had a bumpy start in the first match against Valley Christian High School losing 1-3, but defeated Sequoia High School 3-0 and Gunn High School.

Eleven new players joined the girls junior varsity team, starting the season with just three returning members. The team faced many new changes at the beginning of the season.

“We got a new coaching staff and a new team so there are some major changes, but volleyball players are used to adapting because we have a new team every season,” said sophomore Rebekah Limb.

However, in their third game against Gunn High School, the final score was 0-2. Both teams will face off against Lynbrook High School on Sept. 12.

Both teams will face off against Lynbrook High School on Sept. 12.