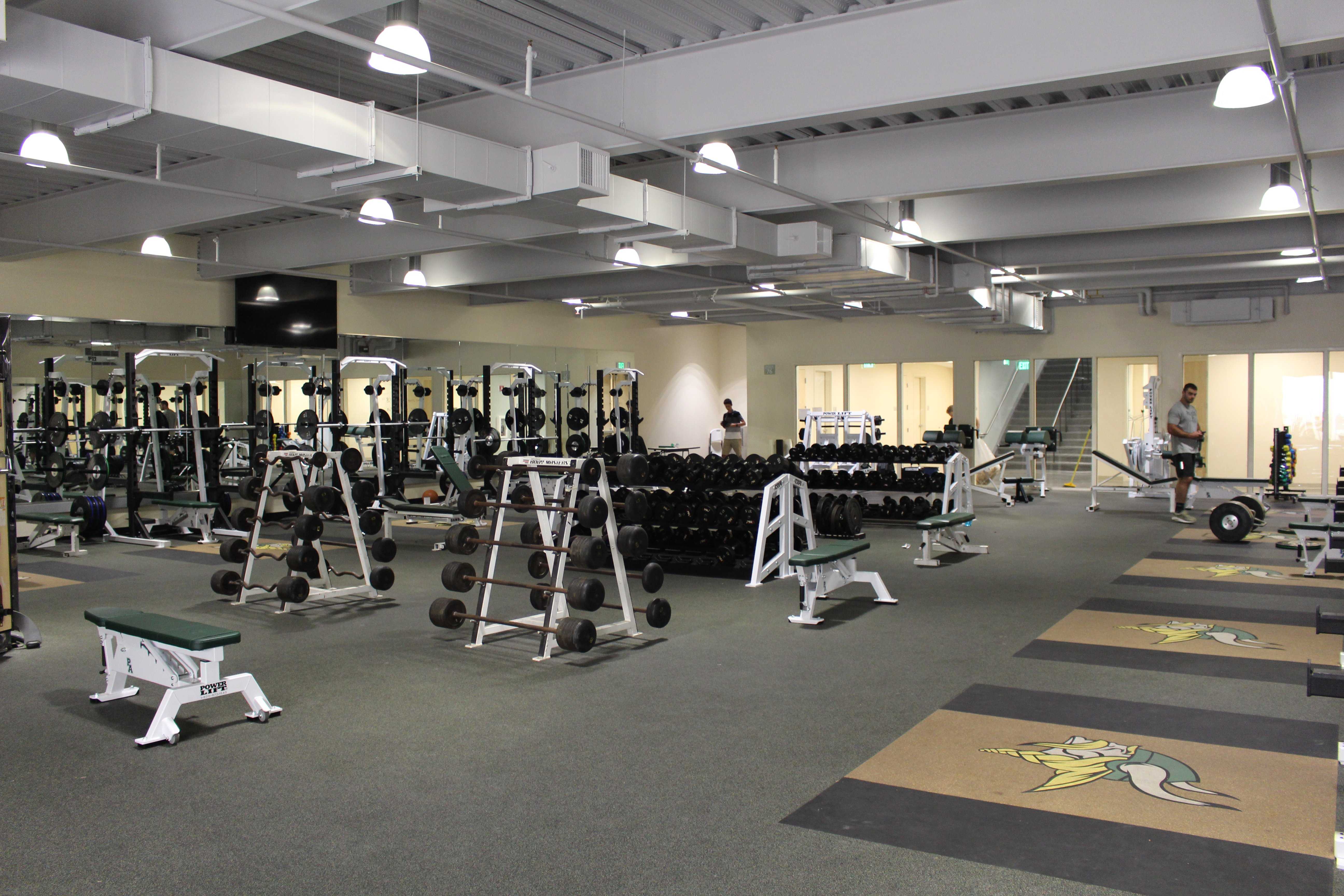 After two years of construction, the Peery Family Center opened a week before the first day of school.

For the first time since 1929, Paly students can enjoy a new gymnasium. Paly students will no longer have to use dirty locker rooms, go to Gunn High School to watch “home” games or breathe in the dust from the gym’s construction.

Student athletes believe that the gym can even improve their team’s performance because of its convenient location, which will enable students to spend less time traveling and more time practicing.

Although not all of Paly’s athletic teams will compete in the gym, they will all use it for practice.

“I like how we have a weight room, and it’s very nice that we have one that’s big enough for most of the team to use,” said junior cross country runner Caity Berry.

“Another thing that’s great about the new gym is the amount of stationary bikes we have. We used to only have one or two, so not a lot of people could use them, but now, we can basically have a spin-cycle class.”

Peery Center will definitely serve many purposes, especially for student athletes. Having all athletic facilities gathered together in one place will increase efficiency and ease for after-school sports.

“The new gym is helping us strategically,” said junior and football player Aiden Chang. “We can watch film, lift weights, change in the locker rooms and shower all in the same facilities, as opposed to last year when everything was scattered.”

Teams that practice and compete exclusively in the gym had many hardships during construction.

Sports teams such as volleyball, basketball, swimming and many more can now return to facilities at Paly.

“It’s way better than last year, when we had to take the buses each day to practice,” said sophomore water polo player.”

Although the Peery Family Center offers clear benefit to athletes, students who are not a part of any sports teams or classes may be surprised to find out that it includes many resources for them as well.

“I believe the Peery Center will not only make our athletic teams better, but will definitely help our physical education department as well,” said Paly Athletic Director Therren Wilburn.

The new facilities in the Peery Center have also led some students to become more proactive about exercising.

“I only used the old weight room for P.E., but the equipment here is much nicer, so I like to come here,” said sophomore Joshua Athayde.

The weight room is open to all students from Monday to Friday.

Courses such as Athletic Training, Sports Medicine and Living Skills are also taught in the Peery Center.

The big gym is sunk down underground. Above the courts are photographs of Paly alumni who excelled in sports.

Along with that, is a long hallway including trophies and achievements from all Paly teams.

The small gym, which contains locker rooms, the weight room, classes, P.E. offices and film rooms, is open to all students. It also includes a multi-purpose basketball court.

The small gym also includes a new dance studio and wrestling room. In comparison to the previous dance and wrestling facilities, the Peery Center is much more sophisticated.

The two gyms are connected by a long hallway.

There have been issues regarding the accessibility of new gym facilities.

Students are denied access into the large gym, where the main basketball court is located.

“It’s a little frustrating that they won’t let people go into the gym unless they have their coach with them, because it is our gym and we should be able to use it. Hopefully that changes in the future.”

Despite the large funding for gym facility renovation, the aquatics facilities did not receive any major upgrades.

The Peery Center will also be the location for many Santa Clara Valley Athletics League (SCVAL) and Central Coast Section (CCS) championships for any sports.

“This year we are in fact hosting the CCS Girls Volleyball championships,” Wilburn says. “Hopefully that goes well and CCS will continue to utilize our facility moving forward.”

One of the most exciting features for students is that they can cheer for Paly in their own gym at sporting events.

All Paly students be looking to show their Paly pride at sporting events in the gym.

On Aug. 31, Paly had its first event against hometown rival Gunn in volleyball in the new gym.

Paly students showed their school spirit, driving a huge win for the Vikings.

“We look forward to hosting all students at Paly,” Wilburn said. “The athletic department and the new Peery Center give students the chance to create lifelong memories.”