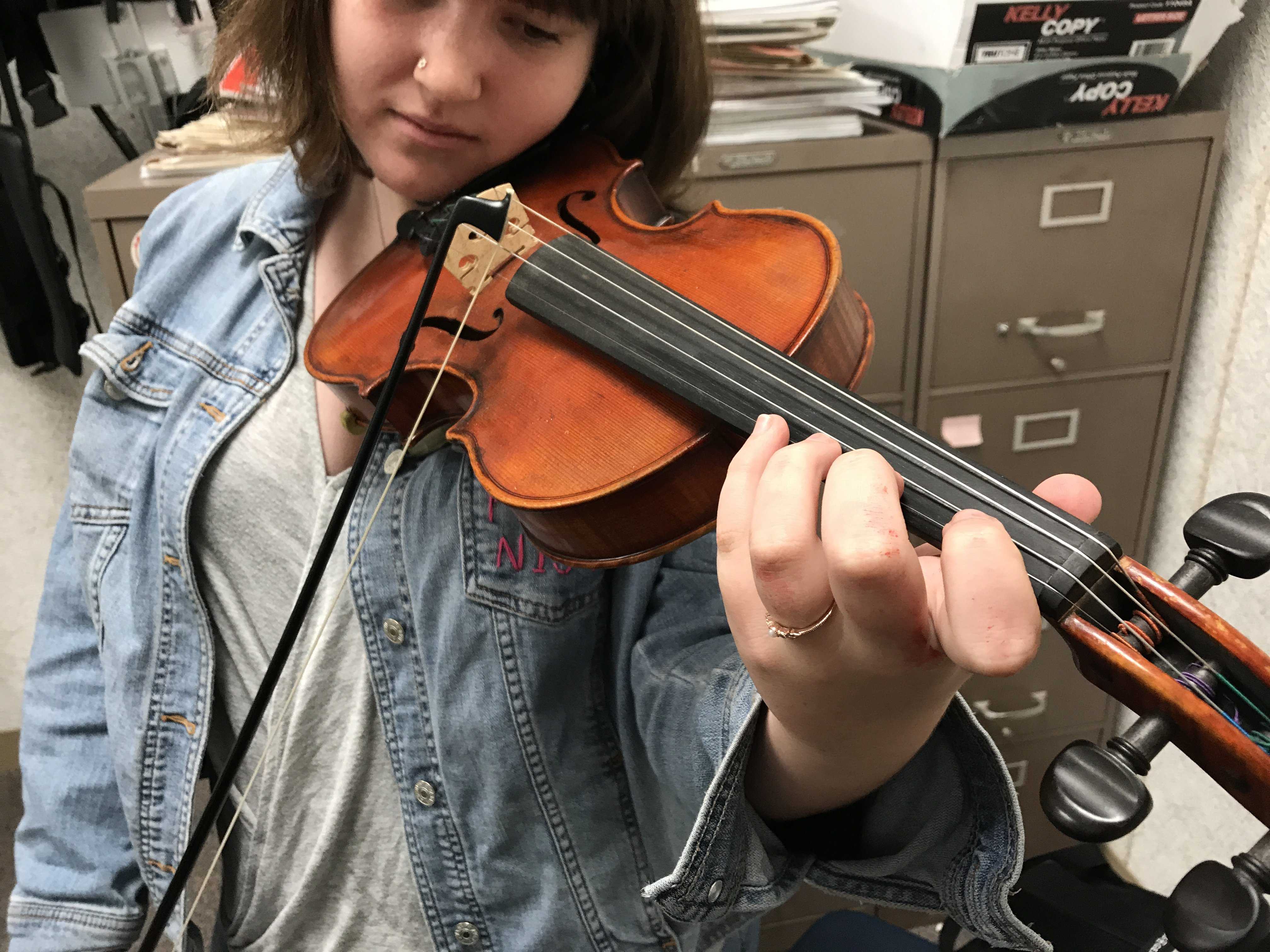 Students use music to alleviate stress from their busy lives

Without a doubt, stress is a big part of students’ academic lives, especially for Palo Alto teens who reside in the heart of the Silicon Valley. However, some students have discovered their personal remedy for calming their chaotic lives — music.

“When [students] are going through a really stressful and confusing time in their lives, music can be like an anchor, something you can always come back to,” said sophomore Emma Donelly Higgins.

Students can find a release from endless schoolwork in music, a calm and therapeutic activity.

Donelly Higgins has been a violinist for as long as she can remember, putting in hours of practice in the precise and demanding art of classical music.  For Higgins, practicing music allows her to relax and catch her breath during some of her most difficult times. In its essence, music is able to act as a new voice for Higgins.

Donelly Higgins discovered that instead of taking an unhealthy and angry approach to her frustrations, she could use her talents to express her frustration in a universal way

“Instead of screaming, you can turn that frustration into something beautiful,” Donelly Higgins said.

Opposed to putting frustration towards negative activity, a musician can channel their emotion into something positive, as oppose to creating more negativity.

Emotional release is not the only attribute music provides for many students, it also allows them to belong to communities much larger than themselves.

Among the many students passionately involved in musical communities is junior Komal Gainwad, a violinist and third-year member of the Paly orchestra.

Gainwad loves the unconditional support she gets from being part of orchestra.

“Music is an absolute stress reliever,” Gainwad said. “Especially in orchestra, there’s a sense of community, acceptance and support that makes it feel like a second family.”

This feeling of community helps Gainwad explore her music and, like Donelly Higgins, speak volumes without even opening her mouth.

“It’s an advantage to be passionate about music,” Gainwad said. “It’s a way to express yourself without actually having to speak words.”

Both these young musicians thrive in music and have found a safe space to express emotion, whether it’s happiness or frustration, to name a few.

From simply practicing in their room to executing complex pieces alongside more than 40 other equally dedicated students, the benefits of playing an instrument are obvious. Merely a few conversations with these avid violinists showcase how music can help one relieve stress and find a new and welcoming community to join.

Moreover, science has proven the plethora of benefits to being a musician.

According to the Huffington Post, “musical training can change brain structure and function for the better, improve long-term memory and lead to better brain development for those who start in childhood.” Thus, it’s not so surprising that so many musicians, including Gainwad and Donelly, thrive in academic environments as well.

Therefore, people who begin practicing music at an early age can more likely avoid these effects compared to those with no musical experience.

Musicians also improve long-term memory through repeating a series of notes, knowing the proper sound the instrument should make and eventually memorizing pieces of music.

Such skills will contribute to many aspects of life whether it be the workplace or another academic setting.

Gainwad and Higgins are only two of many who have found a haven and source of stability in their art.

Even though some may think of music as a waste of time, it has been proven again and again that music is highly beneficial, more so than most would believe.