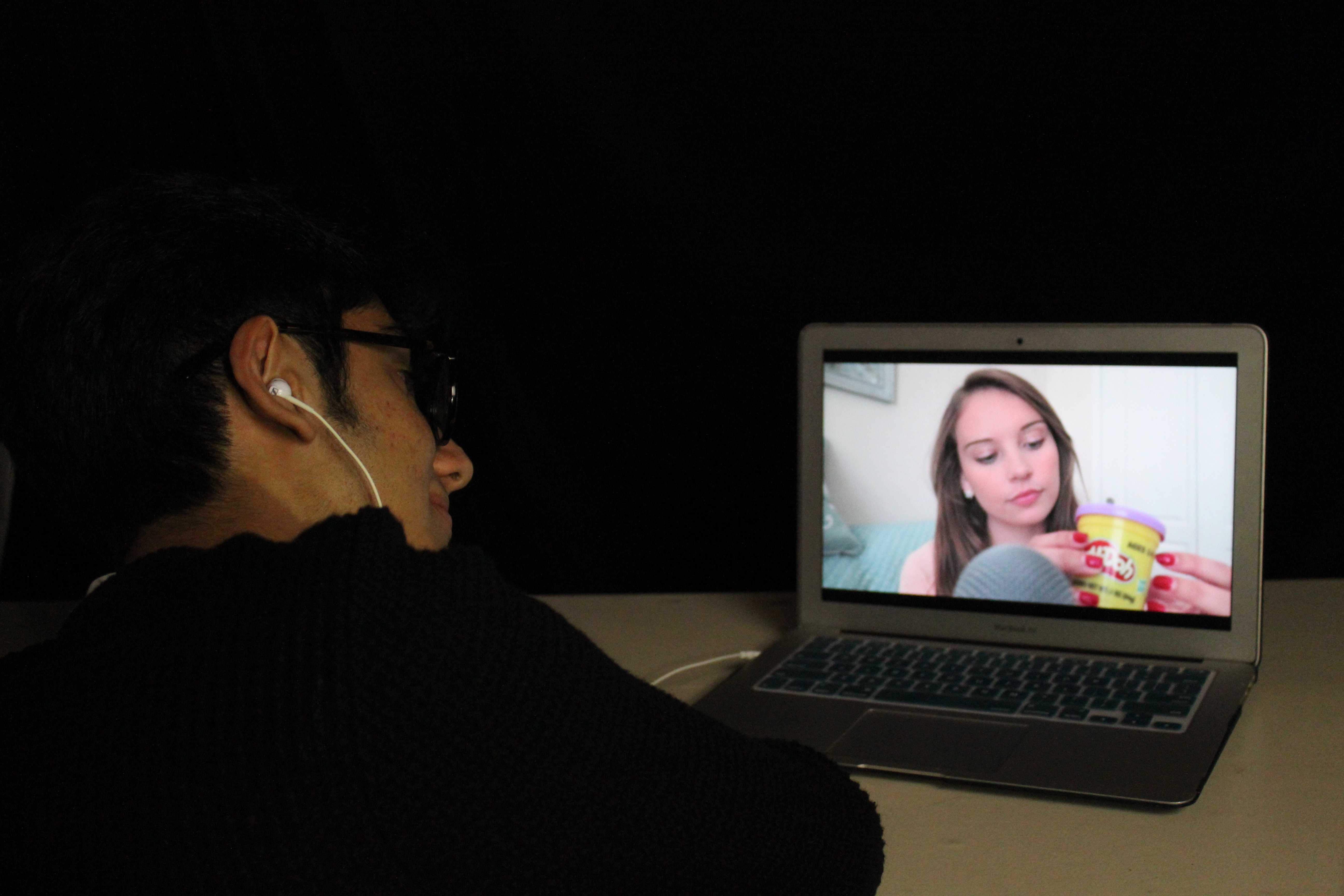 After an exhausting day of combat training at a law enforcement explorer competition, senior Raymond Fang was looking forward to tuning in to his favorite ASMR video when his roommate walked in on him in front of a screen of hands crinkling an empty bag of chips.

“My roommate gave me the most uncomfortable look. ‘Oh, my God, do people actually listen to that? That’s so creepy, do you even feel it?'”

ASMR, short for autonomous sensory meridian response, is a physical sensation distinguished by a tingling feeling, similar to goosebumps or hairs standing up on someone’s back.

Although ASMR is autonomous, meaning that the individual listening to ASMR stimuli is in complete control of facilitating the sensations. Most people use ASMR as an aid for relaxation or sleep. Many ASMR consumers have reported visual and auditory-tactile synesthesia where particular sounds or observations can create sensations in the body. ASMR is a broad, umbrella term that can be induced by many varieties of stimuli, such as listening to softly-spoken voices or repetitive sounds such as tapping and scratching, watching someone perform simple tasks such as cooking or receiving altruistic personal attention.

However, the personal attention category of ASMR has been sexualized by a minority group of ASMRtists, or people who make ASMR. Many members of the ASMR community disagree with the sexualization of ASMR and say it depreciates the legitimate benefits of ASMR.

Despite its vast range of content, ASMR has often been categorized into a single subcategory of sexual stimuli and stigmatized by the media as a kink. In reality, a study conducted by psychologists at Swansea University in the U.K. shows that only 5 percent of ASMR enthusiasts reported watching the videos for sexual stimulation. The lack of education and conversation around ASMR contributes greatly to its muddled image.

“It’s like the fear of the unknown. A lot of people only hear about it, but don’t know what it really is, so that makes them uncomfortable.”

Typically, ASMRist watch videos alone. This intensely-personal aspect of ASMR is partly responsible for its perceived aberrancy according to Priimak.

Though often stereotyped in the media as a sensory abnormality, most people have actually experienced or enjoyed ASMR without even knowing according to many ASMR online forums. Many synesthetes, people who experience synesthesia, become conscious of their ASMR triggers at a young age. From listening to a parent’s soothing voice telling bedtime stories to the sound of clicking pens in the classroom, ASMR is the explanation to why these noises can be extremely satisfying.

Recently, “satisfying” videos such as mixing paint and pressing slime have become increasingly popular on social media. These clips are inexplicably enjoyable because they may tickle ASMR triggers.

The ASMRer community at Paly is larger than one would suspect. In a high-stress environment like Palo Alto, many students have turned to ASMR as an effective stress reliever, anxiety reducer or sleep aid. Students who struggle with insomnia may find ASMR to be extremely beneficial because it serves as a substance-free method of falling asleep.

“ASMR is like a pill for me to sleep,” senior ASMR enthusiast Elizabeth Kim said. “I usually listen to it right before I go to bed.”

Kim said she started listening to ASMR videos during her junior year, the hardest and most stressful time of her high school experience.

Similar to Kim, Priimak also uses ASMR as a tool to distress and fall asleep. Both students voiced dislike for ASMR “role play,” or personal attention where the ASMRtist acts as a particular role or occupation and soothes the viewer with intimate whispers.

“I don’t like the role plays because that puts me in a scenario, and I’m just trying to sleep,” Priimak said.

Kim and Priimak say there should be more conversations about ASMR and what it can provide for the body and the brain.

“People should not generalize ASMR as weird just because some [ASMR] have been sexualized by a small group of people [who make ASMR],” Priimak said. “Most people use ASMR for meditative purposes just like yoga or mindfulness … and you don’t see people being weirded out by [yoga and mindfulness].”