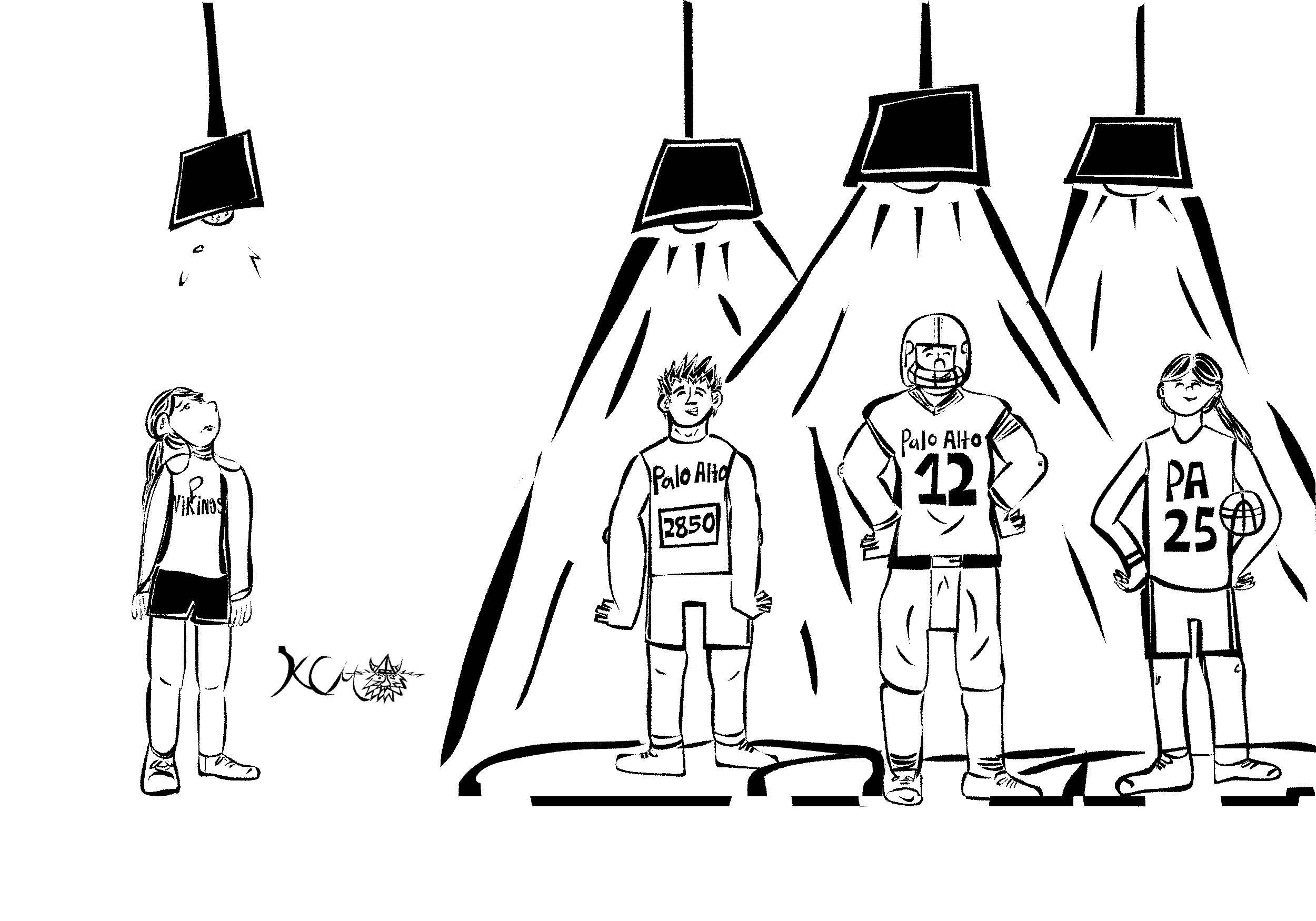 Yet, as a member of the Paly dance team, I have repeatedly been asked both of these questions.

Ironically, the dance team receives the least support and recognition from the rest of the school despite its constant support for other teams, which is only a fraction of its role.

By balancing artistry, athleticism and teamwork, dance is one of the most valuable and technical high school sports that one could partake in. Most dance team members have built strength, stamina and flexibility from early childhood.

Additionally, dance team members are required to take technique classes outside of school practice. They work countless hours both training in the gym and performing in front of hundreds of people.

While they learn countless halftime routines, the dance team also practices throughout fall and winter to perfect its competition dances. After seven months of rigorous preparation, the team competes at regional competitions, leading to the United Spirits Association Dance Nationals at the end of the spring.

In 2016, the dance team took home first place and third place titles at USA Nationals and won a Judge’s Excellence Award. Only last school year, they placed above half the high school teams in three categories.

Despite the dance team’s hard work, many still view it solely as halftime entertainment, overlooking the team’s success as a competitive team sport.

“I think a lot of people just aren’t educated about just how challenging dance is, how in-shape you have to be to be a phenomenal dancer, how much athleticism it takes,” said Alanna Williamson, the Paly dance team coach.

As a result of this lack of awareness,  a culture of critique has emerged in the Paly community, belittling the dance team’s hard work.

“[A teacher] asked about who was getting preps and for what sport and when I said my name and dance, he shook his head,”

Hilary McDaniels, head coach of the cheer and dance teams, recently resigned hoping that her actions would bring attention and change to both dance and cheer, who have experienced similar inequalities.

In response, Paly Principal Kim Diorio hosted a forum on Sept. 11 to address the many issues repeatedly brought up by the team and coaches.

“Now with the Peery Center open, we’re hoping that [the cheer and dance teams] can get the space they deserve,” Diorio said.

Although administration is making positive steps towards addressing the team’s issues, the new gym still does not offer distinct spaces for both cheer and dance.

This limitation forces the cheer and dance teams to practice in the dance studio simultaneously, or makes one team practice in an inconvenient location such as the gym hallways or at one of the various fields.

Additionally, the Paly community often views cheer and dance as one team, leading to more misconceptions about the sports. Although they face some similar issues, it is impossible to refer to the teams as one as they are significantly different.

The cheer team is currently in the process of becoming a California Interscholastic Federation Sport, which means it could soon be recognized as a sport by the state, and offered financial aid by the Paly Sports Boosters.

However, since the dance team is not supported by Paly Sports Boosters, it receives no financial support from the school. Consequently, the team often lacks the budget to cover transportation, competition materials and hiring choreographers.

Diorio also said at the forum that the more competitions the team wins, the more recognition it will earn inside the school. However, considering that the dance team has been competing for several years and has won multiple national titles, this commentary further shows that dance team is constantly asked to prove its worth despite its history of success.

Some may argue dance team doesn’t deserve the same support as other sports because it is not considered a sport by the school or state and should be treated as a performing art or a club.

Although dance can be categorized both as an art and sport, if the team decides to define itself primarily as a competitive sport, this decision should be accepted and supported by the entire body of students and staff. The only way to address the inequities that the dance team faces is to shift the Paly’s community’s current mindset by promoting a climate of equal support for all competitive school teams.

First, the school administration should take positive steps to support the dance team by offering them fair practice space and financial support. This would entail paying the costs of transportation to competitions, especially to Nationals, which is held in Anaheim, and offering two distinct locations in which cheer and dance can practice independently.

Finally, students can show support for the dance team by attending halftimes, community performance, rallies and especially competitions in the spring, which are held at surrounding high schools.

Williamson said, “I think there [are] also ways we can influence the culture, like speaking up for dancers as artists and athletes especially when you hear someone saying otherwise.”