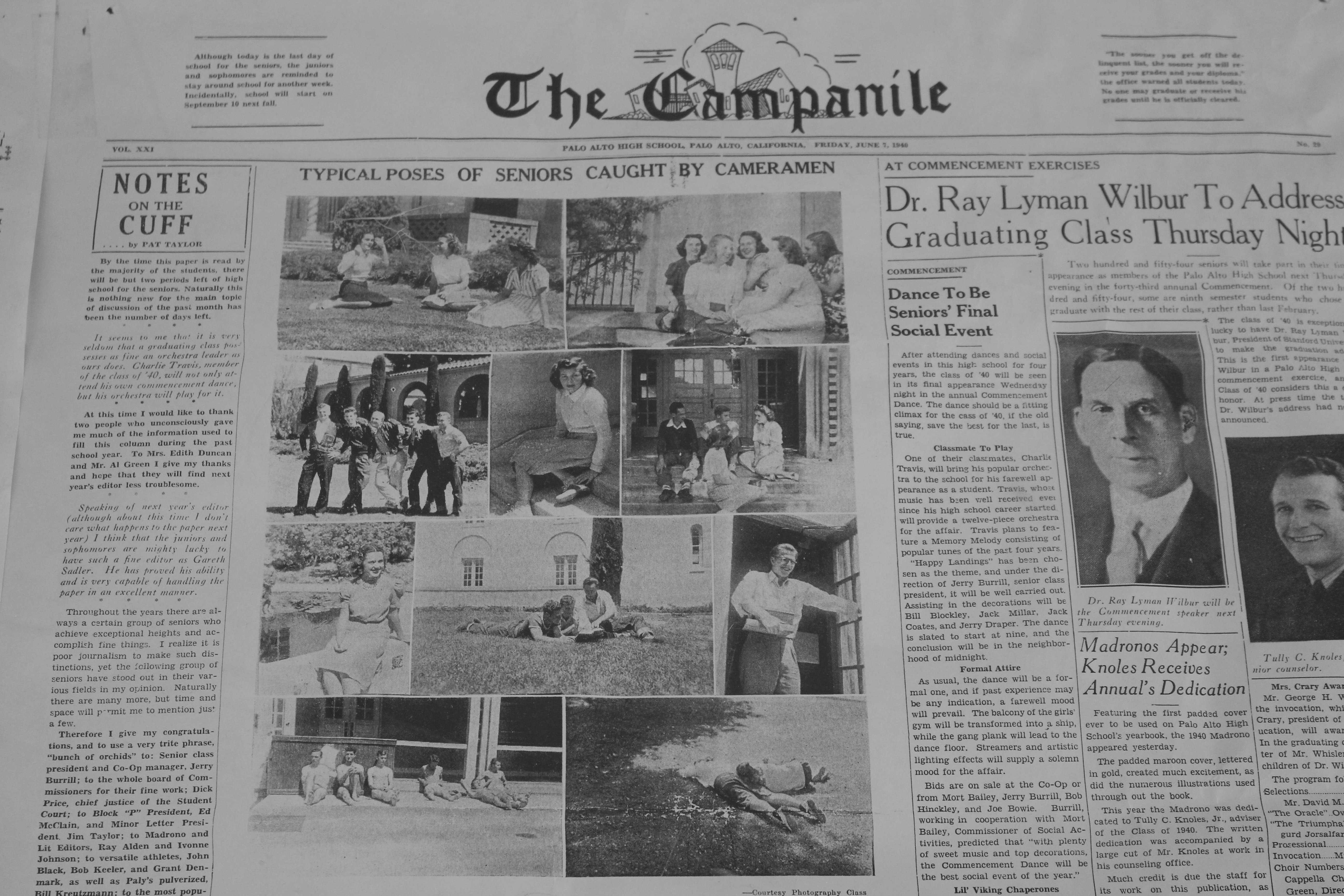 The second Centennial Report delves into the archives. This edition features the second issue available in our archives, dated Feb. 19, 1919.

Titled “The Campanile, Volume 1, Number 7,” this four-page issue was organized in a different fashion than our contemporary paper. The front page is dedicated to sports, covering a recent rugby match, a sport that Paly no longer offers. The headline reads “Rough game goes to Floral City boys by a score of 13 to 12,” in which “Floral City Boys” refers to San Mateo’s Rugby team.

In the center of the paper is a photograph of nine grim-faced students, likely because the lengthy sitting time for cameras in the early 1900s made it difficult to smile for pictures. The caption and list of names underneath the photo confirm that this small group is the entire graduating class of 1919.

The second page of the paper highlights an editorial detailing a wide range of topics, including the approach of the end of the semester, school wide celebrations and students’ perceptions of U.S. presidents.

The author writes about George Washington and students’ failure to recognize his accomplishments, describing him as “a brave gentleman who did not yield to the temptations of a dictatorship, who held by orderly reform, not conservative or radical, but a liberal, establishing our country on the lasting foundations of justice, right and liberty.”

Also located on the second page, an article titled “Rules for Dancing” provides a list of satirical rules for proper etiquette at school dances. For example, the sixth rule states that “the King of England and the Emperor of Siam, along with the Senior Senator from Alaska, must act as chaperones at all dances.”

The author closes the article with the following statement: “The Secretary of State shall have the power to declare these rules null and void if he feels like it and hasn’t got the Flu.”

If you are interested in reading more from The Campanile’s archives, visit palyjournalismarchive.pausd.org where you will find a collection of past articles.