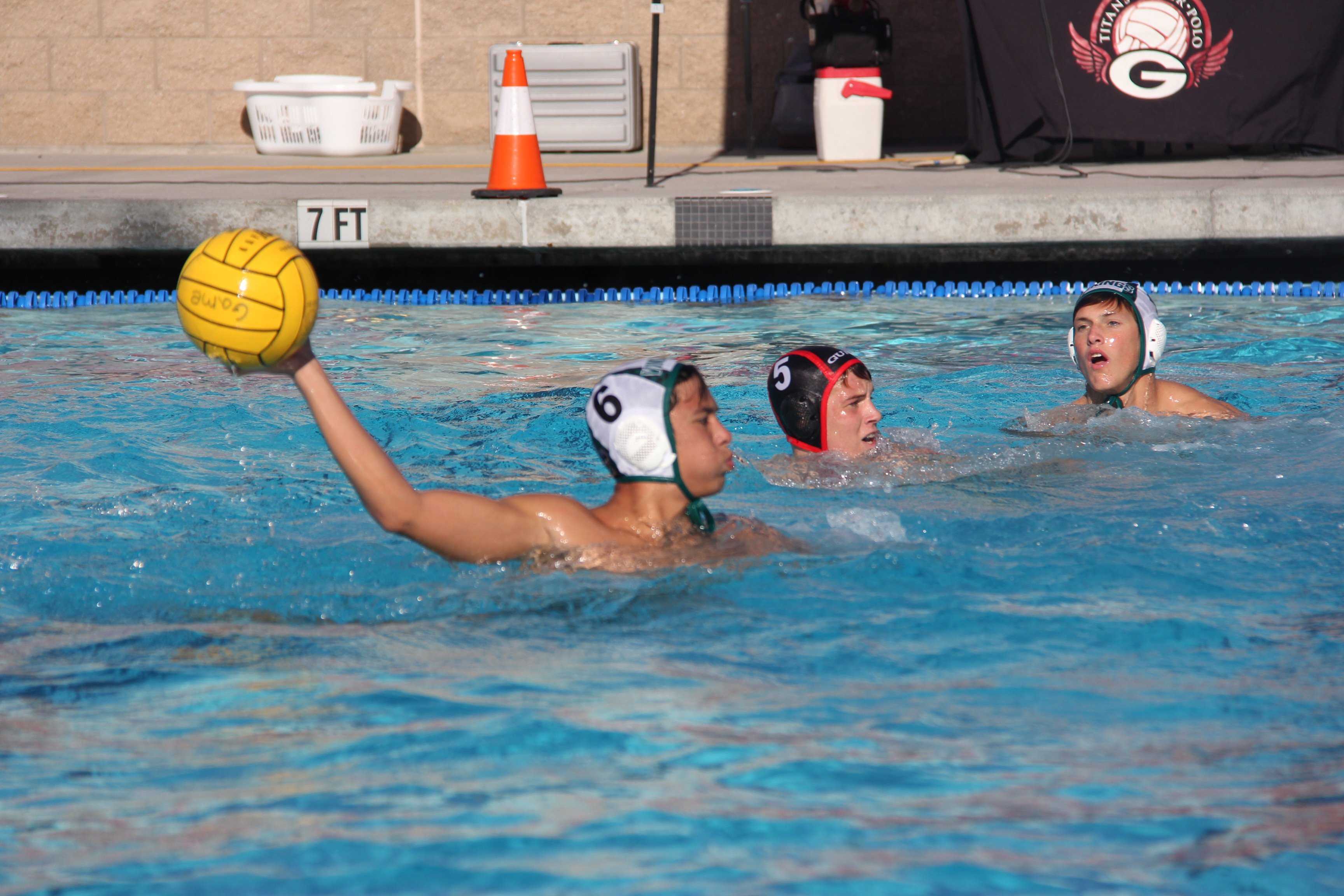 After facing off against crosstown rival Gunn, the boys water polo teams ended their games against Gunn on a high note, with junior varsity (JV) winning 4-3, and varsity 10-9, determined to persevere through the rest of their seasons.

“It was an intense game. The game was the first morale-booster of the season.”

According to Phillips, many strong players left the team since last year, most of them being seniors.

“But we’re determined to not let that affect our current season,” Phillips said. “We worked really hard during ‘hell week’ and started to pull the team together as a whole.”

The season started off with some rough spots with the team’s first game ending in a defeat against Serra High School, but according to Phillips, as the varsity boys progressed, they adjusted and improved group dynamics.

“We started a little slow, with a loss to Los Gatos and Los Altos, but we pulled a great victory against Monta Vista, and then Gunn, at their pool,” Phillips said.

The team lost 8-7 in the game against Los Gatos High School, but Phillips said they intend to maintain confidence and team cooperation throughout the rest of their season.

He also says that team cooperation is a major subject at the team practices.

“We constantly work on cooperative movement and talking. [That] opens up opportunities for everyone to score.”

The varsity and JV teams are about halfway through their seasons, and according to Phillips, things are only looking up for them.

“Our communication and cooperation skills are only getting better, and everyone is really honing in their skills,” Phillips said.

JV started their season with a win against Monta Vista High School (12-1) on Sept. 5, and now JV and varsity prepare for their next game against Los Gatos on Oct. 3.