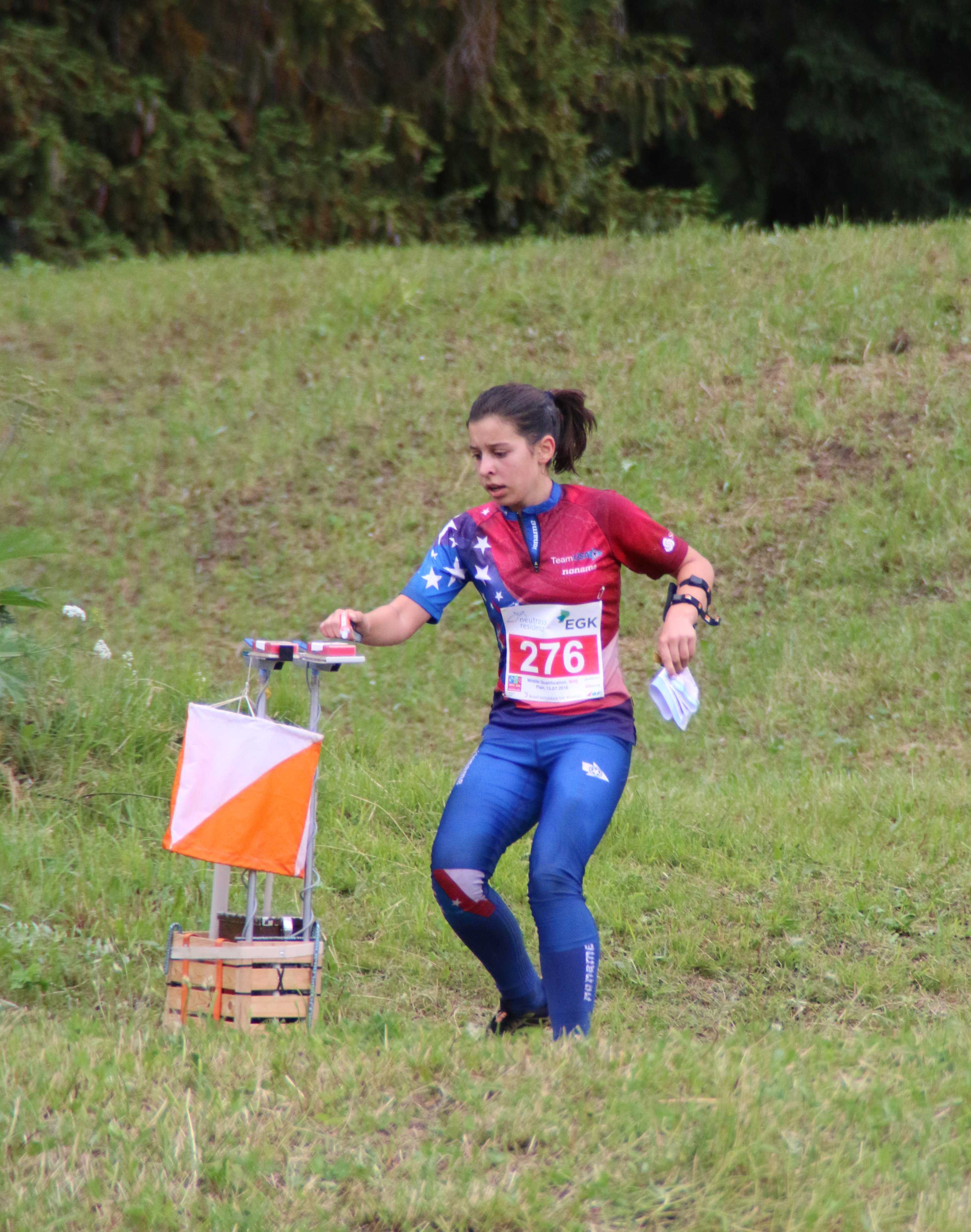 Into the Wild: Orienteering

Senior Julia Doubson is in the middle of a forest. If she listens closely, she can hear a few other footsteps crunching the bark and leaves. She runs a few meters left before stopping to check where she is. While this scene sounds like something taken straight out of “The Hunger Games,” Doubson is actually participating in one of her favorite activities. She is one of several orienteers in the Bay Area.

Orienteering is a competitive sport in which participants race to find various checkpoints using only a map and a compass.Those who meet all the checkpoints the fastest are declared the winners. The sport is usually played on rough terrains; however, they can also be held in city streets, schools and urban terrain.

Orienteering is just as physically demanding as it is mentally demanding. Tasks such as finding the way around the course require analysis of a map as well as good directional sense. Without both mental and physical skill, it can be hard to succeed in the sport, according to Antoine Finot, a senior at Paly.

“I think the hardest and most important part of orienteering is being able to read the map, whether it be understanding all the symbols or judging the distances between points,” Finot said. “If you can do this well, you can easily beat someone who is much, much faster but has terrible navigation skills.”

Doubson first started orienteering at 5 years old, when she became interested in the sport through her father, a lifelong orienteer.

“When I was 5, we discovered the Bay Area Orienteering Club,” Doubson said.

Since then, Doubson said she has improved, and has also challenged herself with harder courses that involve more thinking and harder decisions.

“I started out doing beginning courses, which are pretty basic with mostly trail and left or right choices,” Doubson said. “The summer before freshman year, I started doing courses that have a lot more route choice and are more interesting.”

At 14, Doubson became part of the U.S. Junior National Team and has competed with team USA every since. As a athlete for the U.S. national team, Doubson is part of an elite group of junior orienteers who represent the country in different international races.

“[In] freshman year, I joined the U.S. Junior National Team and that summer, I competed at the Junior World Orienteering Championships,” Doubson said. “Even though [team members] live in spread-out areas across the country, this team brings the orienteering community together and allows us to develop.”

However, Doubson’s path to becoming an expert orienteer is unique. Other orienteers, like Finot, have gotten involved with the sport through the Orienteering Club at Palo Alto High School.

“I started last year when [Doubson] started the club at Paly; I had done it once before, and I really enjoyed it,” Finot said. “I hadn’t really heard about it since it’s not really an American sport, but I got into it pretty quickly.”

Finot was immediately attracted by the natural element of the sport. With school commitments and other extracurriculars taking priority at times, Finot enjoyed the fact that orienteering allowed him to be as committed as he wanted to be.

“I really enjoy the outdoors, and orienteering is one of the few sports where each event has a different playing field,” Finot said. “Many sports take place on a regulated field that doesn’t change, but the ‘field’ for orienteering is usually a huge area of land that you’ve never been to before. I also enjoy it because it’s as competitive as you want to make it [for non-national events]. You can try really hard if you’re feeling good, or walk the same course with friends just for fun.”

Despite having gained some popularity in the Bay Area, orienteering remains relatively unknown across the country, according to Doubson. However, she said that initiatives who aim to spread awareness about orienteering will help the sport grow.

“In America, orienteering isn’t as popular as it is in other regions, such as Europe,” Doubson said. “[There are] a lot of efforts in some areas to get orienteering into schools. [There are] people teaching it in schools [and] in physical education classes. There’s definitely an effort to attract the younger generation, as most of the people in orienteering today have been doing it for a long time.”

Orienteering’s lack of popularity in the U.S. has made Doubson consider changing her post-high school destination.

“I am actually considering going to college in different parts of Europe so I can continue to orienteer,” Doubson said. “At some universities in the U.S., it might be a lot harder to keep on orienteering.”

Paly’s Orienteering Club is one way Doubson hopes to grow the orienteering community in her high school community. The club focuses on improving the skills of all interested orienteers, regardless of prior experience. It meets Wednesdays at lunch in room 813 with Mr. Blackburn and discusses orienteering tactics, skills and techniques.

“I started the Orienteering Club at Paly last year because many of my friends were interested, but it’s hard to travel to events as a beginner if you’re unsure of what you’re doing,” Doubson said. “The goal at Paly is to develop orienteering… and allow people the opportunity to [improve].”

The club hopes to attract Paly students from all grades and backgrounds and motivate them to partake in the sport, according to Finot. He said that in order to gain traction, the club should put on promotional events, similar to those that held last year.

“Last year, the leadership [team] hosted a few events for the club, such as setting up a course at Stanford and a Halloween-themed one that took place in the area between Paly and midtown,” Finot said. “[Those] were both really fun, and I hope that this year we can do the same as well as plan a handful of trips to the local [Bay Area Orienteering Club] events.”

While orienteering may not be prevalent in physical education classes at Paly, Finot encourages those interested in adventure and exploration to join the club.

Finot said, “I don’t know how or why, but there’s something so exciting about getting lost in a forest you’ve never been to.”