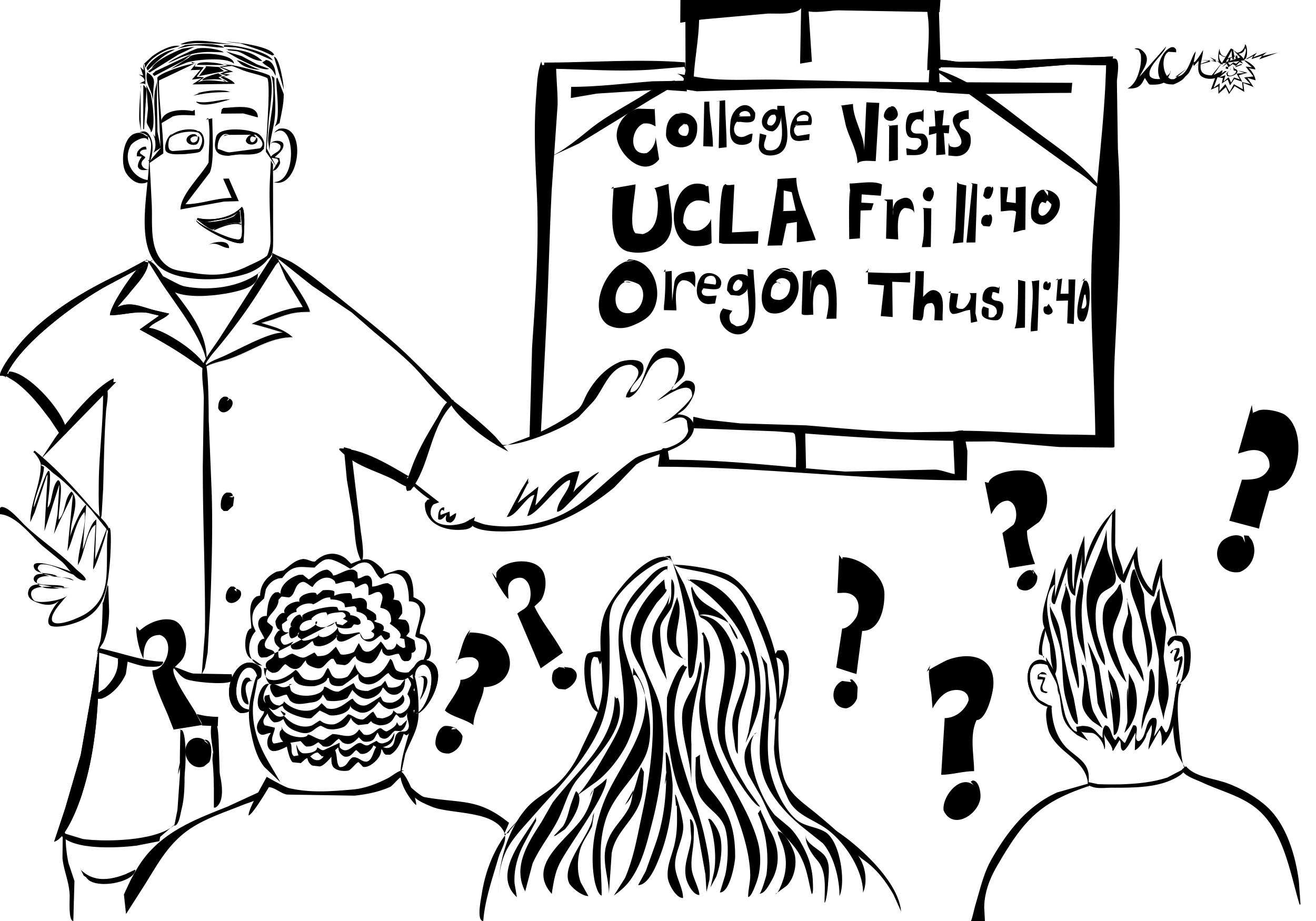 Every fall, seniors are bombarded with school assignments, extracurriculars and college apps. At Palo Alto High School, they are instructed to follow specific guidelines to ensure that their Common Application (Common App) and University of California Application (UC App), among others, are ready to be sent to colleges.

Some of the most important documents in this checklist include cover sheets, adding teacher recommenders on the Common App and explaining how students should guide themselves through the application portals.

In prior years, it was well-known that students had to complete the Common App and UC App and get their cover sheets in before a certain date. However, according to College and Career Center (CCC) adviser Sandra Cernobori, students had been incorrectly completing their checklist.

“Every year, Ms. [Ann] Deggelman and I would see several mistakes when students filled out their cover sheets and especially the Common App,” Cernobori said. “We wanted to create a way to solve the problems that emerged in the last few years, and we thought the best way to do this was by making them part of lesson plans in advisory.”

The CCC had been playing a game of chess far too long where they moved pawn after pawn, making minimal adjustments to its seemingly rudimentary lessons. However, this most recent move should be considered a checkmate. Advisory has become more useful because it is now meticulously guiding students through the Common App, a necessary tool students use during the application process. This allows students to become more informed about how they can meet Paly’s standards in terms of getting documents sent in on time and without penalty by either the college or Paly’s CCC.

Senior Nicholas Ogawa said the transformation of advisory from less useful lessons to lessons that will save seniors’ time during the college application process is a huge help for students who may not know the intricacies of the process.

“The time in advisory gives me a nice overview, and I’m also able to fill in sections of the Common App with my advisor’s help that I may not get around to at home,” Ogawa said.

Although many students, like Ogawa, may have a college counselor outside of school, he said the lessons are still necessary for Paly students.

“The lessons fill cracks on the Paly side, such as cover sheets and needing to turn forms in by certain deadlines, so it’s pretty helpful, even if I do have a college counselor,” Ogawa said.

However, senior Dylan Hu said these advisory lessons haven’t been totally worth the time seniors spend, because most of what is presented is common knowledge, and the application portals are easily navigable.

“I would say everything has been helpful so far, but I would say that it could all be learned on my own,” Hu said. “Time could be better spent — we’d [be] better off with more Flex time because we need to keep our grades strong throughout this semester. I would advocate that students who need help could visit their adviser and essentially make advisories like these optional.”

It seems that taking into account all views, advisory should be spent helping students properly filling in their application portals with their teachers or completing homework.

If necessary, certain advisories should be reserved for recent lessons such as hand-shaking.

In fact, both Hu and Ogawa agree lessons, such as hand-shaking, should have time devoted to it because it has its merits.

“‘[Learning how to shake] hands would probably be the least helpful, but it has benefits because we’ll probably need to know how to properly shake hands before interviews and meeting college [representatives],” Ogawa said.

Although there are currently some flaws in the Advisory system as Hu and Ogawa pointed out, Paly’s three-tiered guidance system is headed in the right direction, and we can only expect better things from them moving forward.