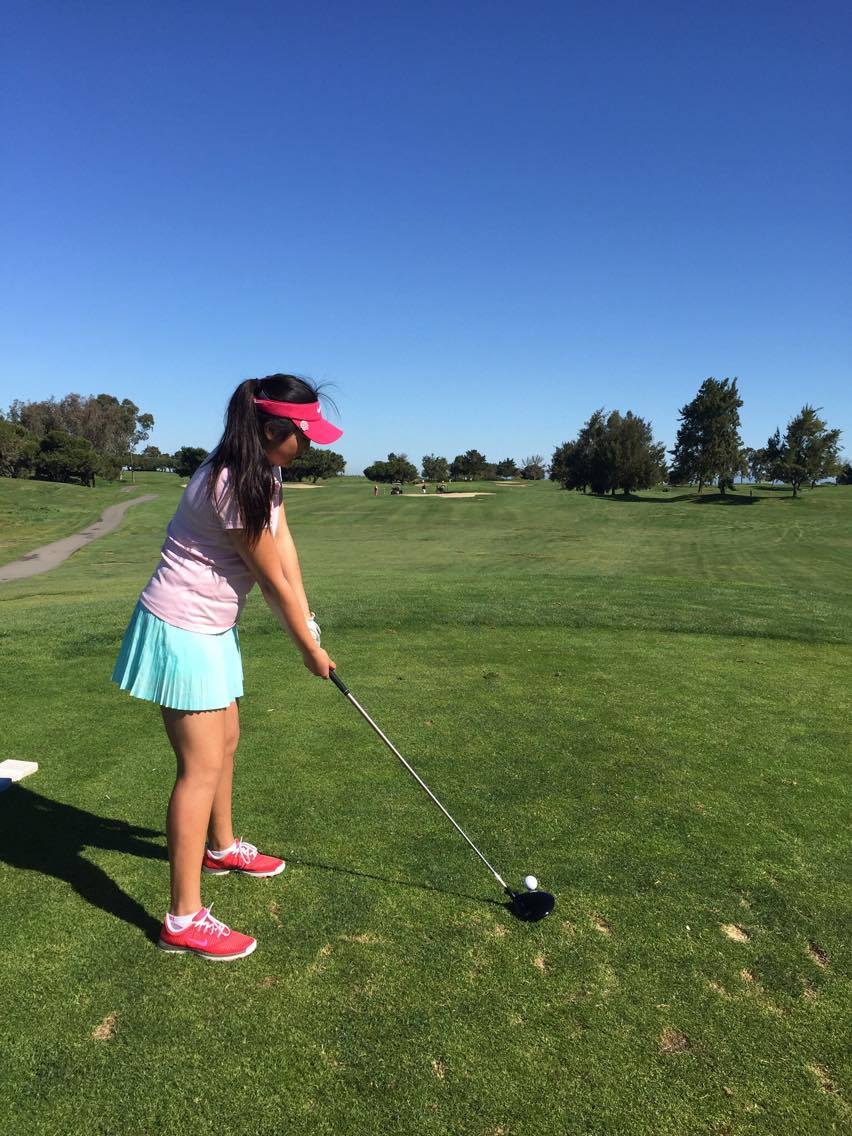 In 1858, after cricketer H.H Stephenson took three consecutive wickets, fans presented him a hat symbolizing their reverence. From then, the term “hat trick” quickly extended to praise those who achieve three consecutive feats in various sports.

Much like Stephenson, the girls golf team, drifting above the top of its league and asserting absolute dominance over its opponents, is already on the road to their third hat trick of victories. With an 8-0 record, smashing opponents has become a weekly routine.

Undefeated throughout the season, the girls punched their ticket to the Central Coast Section (CCS) Championships with ease.

The team crushed its opponents in a three-way match against Gunn High School and Lynbrook High School, 198-228-231, on Oct. 5 at the Palo Alto Hills Golf and Country Club.

However,  because of damaged conditions on the green, team members were unsatisfied with their performance.

“We were happy because we won, but all of us definitely could have played better. The condition was awful, and it was quite hard to play on [the damaged green] which made it a lot harder to play this time around.”

The team has faced many similar obstacles this season.

First, members cannot use their practice course, which is still under construction, until the next month, so the girls had to find their own practice individually.

Additionally, smoke from the  wildfires north of San Francisco shut off the opportunity to play on a course at all.

Despite the difficulties, members tried to put in their maximum effort to prepare for the CCS championships, according to junior Jasmine Choi.

“We have a golf simulator in the gym. Some girls go down there and practice sometimes.”

“Our match against Saratoga yesterday got cancelled due to the smoke from the Napa fires, and I’m not sure when we will reschedule it,” senior captain Stephanie Yu said. “ We have only two league matches before the league season is over.”

However, the last two games will have no effect on the team’s entrance into CCS.

According to Bakshi, even if the girls lose the next two matches, they are beyond the reach of any of the opponents.