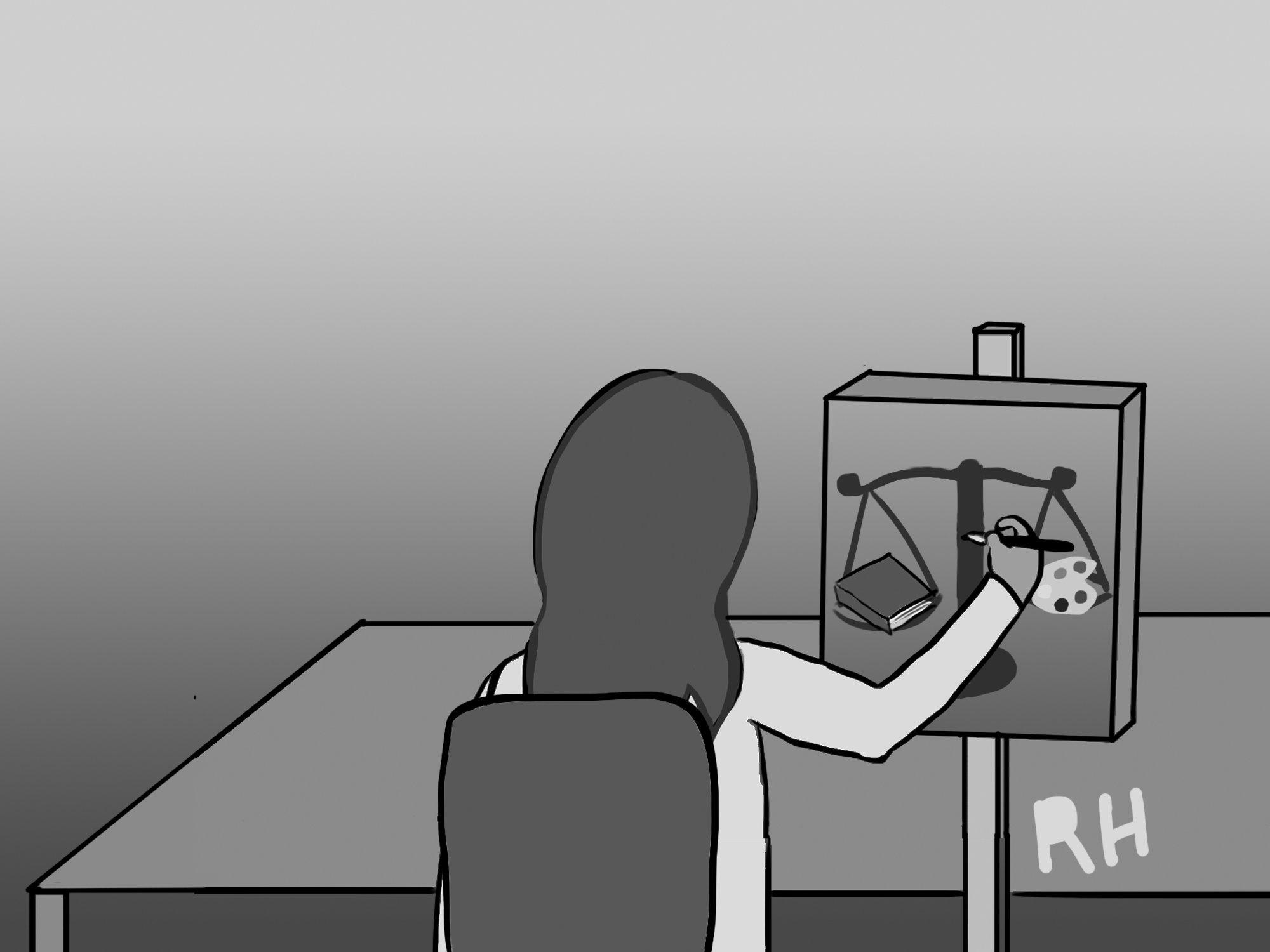 Over the past two years, Paly publications have written a total of 23 articles regarding the issue of weighted GPA (WGPA). Although the school board’s unanimous approval of WGPA shut off the fierce debate for five months, the topic jumped back into the spotlight following the recent hacking of Paly student GPA data and the creation of a class ranking database.

Those who opposed WGPA say they worry about increased stress on students who are already facing stiff competition. But what’s the problem with competition? Competition encourages students to seek out more knowledge.

In terms of mental health, the real culprit is that the WGPA system may drive students to take Advanced Placement (AP) and honors courses for the sole purpose of receiving weighted credit, possibly causing students to neglect their actual passions.

There is a clear reason why a student can play video games enthusiastically for five hours straight yet easily be exhausted by three math problems –– they’re simply not interested.

Administrators keep an eye on enrollment numbers to further understand student choices, according to Assistant Principal Vicki Kim. Last year, before the Palo Alto Unified School District School Board announced the decision to weight GPAs, some 788 Paly students enrolled and remained in at least one AP course, according to Paly Academic Technology Specialist Mona Siegel. This year, the number increased to 821, with roughly the same number of upperclassmen as last year. This shows a potentially dangerous trend — AP courses, the majority related to core subjects, are sapping the enrollment in elective courses.

When examining the enrollment data deeply, one will find class sizes are growing for introductory electives such as Video Production and Concert Choir.  But these classes are widely used to fulfill graduation requirements, and the higher enrollment is probably due to the overall increase in school population. On the other hand, advanced-level electives such as Radio Broadcast and Advanced Vocal are on the verge of cancellation, some with a miniscule enrollment of four students each.

“I’d hate to see us not run courses because of low enrollment.”

Despite the discouraging data, it is futile to keep arguing for unweighted GPAs. The Board’s unanimous decision is firm, and it’s too soon for either side to make a defensible argument based on sufficient data.

Fortunately,  a solution has emerged that utilizes the advantage of weighted grades and still encourages students to pursue their passions: improving elective classes so they can qualify for AP and honors credit which will also contribute to a WGPA. Increasingly, electives teachers are adjusting their curriculum, especially in arts and media, to entice students to continue taking those courses.

Journalism teacher Paul Kandell said he and the other journalism teachers are working to create a Career-Technology Education (CTE) pathway for students, including a weighted Advanced Journalism class.

“After you finish Beginning Journalism, the introductory course, you will spend a year as a reporter on one of the publications,” Kandell said. “When you come back, you will participate in journalism with another perspective which involves leadership and management [which will be weighted], where students put in extra hours doing more complex work.”

People who argue for weighting GPAs say it establishes fairness because it rewards students who enroll in AP and honors classes that are truly challenging and require substantial effort. The new advanced-level CTE  and VAPA courses will also be difficult and demanding, so they deserve the same benefits.

Diorio said the time of year has come when teachers and administrators start thinking about next year’s course catalog. Students and parents should support the effort to upgrade the curriculum in elective classes.

Tougher electives can provide more interesting challenges and improve students’ GPAs. Even though there isn’t enough data yet to show the benefits and drawbacks of turning regular electives into honors classes, it won’t hurt to give it a try.