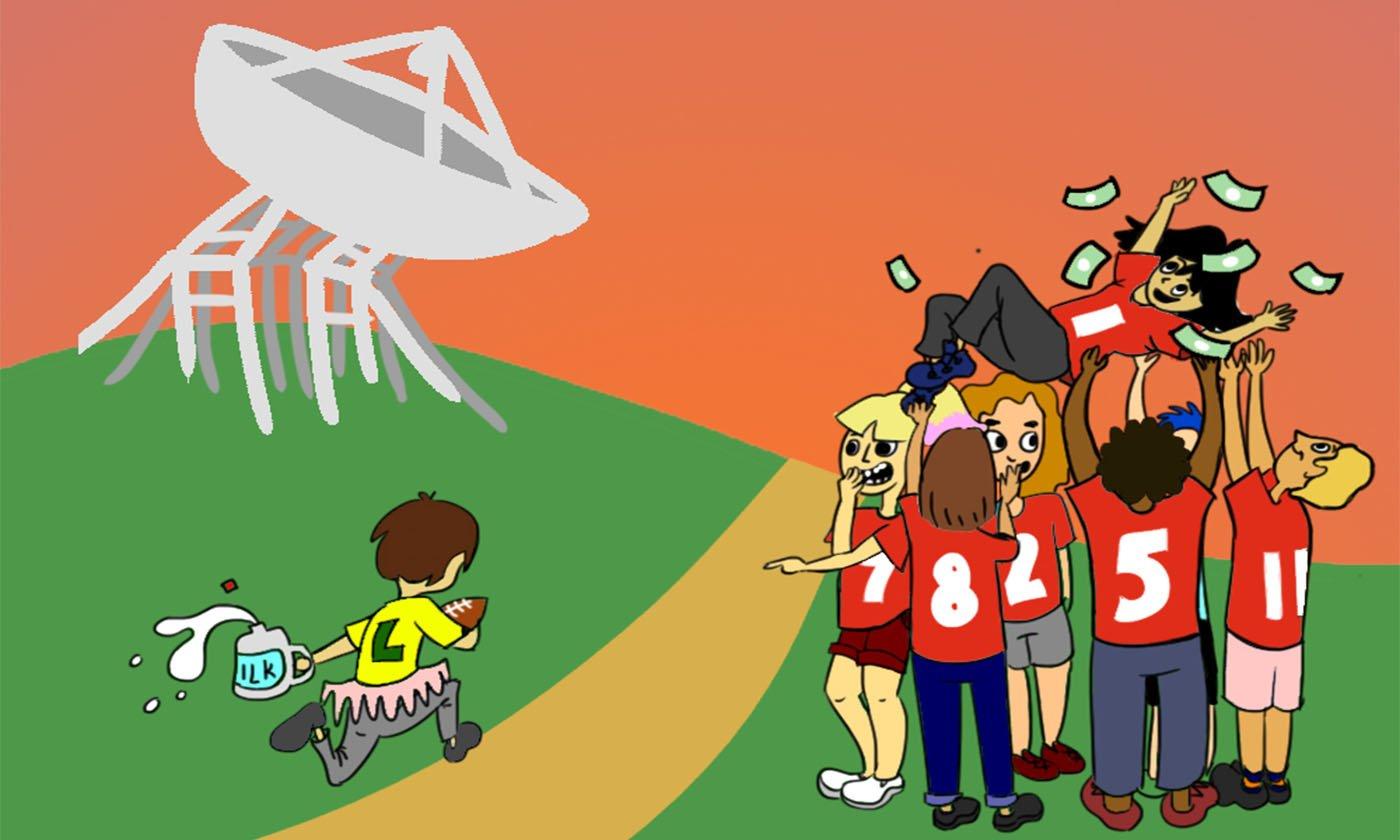 About a third of the way through the National Football League (NFL) season, Fantasy Football League contestants are beginning to see their rankings settle within their respective leagues. One of the leagues with the highest stakes is the National Fantasy Football Championship Platinum league, where contestants pay $20,000 to enter and run the risk of either losing it all or winning the grand prize of $170,000.

Although these high-stakes leagues exist, most people play for fun and set lower wagers, or bet with non-monetary punishments. Lower stakes can incentivize people who have less experience with Fantasy Leagues or people who do not want to risk losing their money to play.

Some Paly leagues have followed the trend to motivate their contestants with a last-place punishment  that is beyond the loss of the entry fee.

After the 2016 Fantasy Football season, USA Today reported that 68 percent of leagues had a punishment for last place finishers, ranging from drinking a gross concoction to running “The Beer Mile” to getting a tattoo of the winner’s choice.

In the infamous “Beer Mile” a contestant has to run a mile after drinking four consecutive 12 oz. cans of beer; the penalty for vomiting before the end of the mile is the addition of an extra quarter of a mile.

“The Milk Mile” punishment is a play-off of the “Beer Mile” punishment for contestants who are not of legal drinking age yet,  and is popular among underage leagues. Many who play in Paly leagues are familiar with this punishment.

“You have to finish drinking a gallon of milk and run a mile afterwards. You get a time limit to finish the mile.”

Strathearn is in a league of classmates who decided on both a monetary award for the winner and the ability to choose what the last place player has to wear to school for one day.

“If an individual loses the league, they should be punished for their lack of skill and thus will be motivated to do better next year,” Strathearn said.

Strathearn said he has played fantasy football for “as long as he can remember,” but has not won a league.

“In previous leagues, I’ve finished last place, but since I came late to that league, I didn’t have to do the punishment,” Strathearn said. “The punishment was running the [Stanford] Dish wearing a Speedo and holding up a sign of the winner’s choice.”

Despite that, he said his hopes of winning have not faltered.

“Even though in the past years my team has not performed as I would like,  I believe that this year is a turnaround year for me,” Strathearn said. “Having a punishment motivates me.”

Senior Benner Mullin is also in a league with friends that awards the winner $200 but allows the whole team to choose the punishment for the person who places last in the league. Mullin said this motivates the contestants who have rankings too low to win to remain competitive so they too can join in determining the punishment for last-place. Considering Mullin does not have a good chance of winning anymore, avoiding the last place punishment is the main factor encouraging him to stay involved.

“Having money for the winner ensures that everyone tries the whole season. Having a punishment for the loser makes sure that the people with worse records don’t just give up.”

While many leagues have tangible prizes and punishments, other students say money is not required to bring out the competitive nature of the fantasy football. For these students, shame is a big enough punishment.

Junior Tejas Shete is playing in two leagues this year, one with family and one with friends. Shete said he has won half of the leagues he has competed in within the past four years and has not seen the need for a large wager.

“[This year] I have a $5 wager with a friend to see who has the best record,” Shete said. “Bragging rights is a prize worth winning and a punishment you don’t want to face.”

Two other leagues at Paly also do not have punishments for the loser: the Sports Literature English classes and the math department teachers.

“I feel like naturally if you have a punishment that people will take it more seriously because they don’t want to lose. With that being said, the reason to have a punishment is so the rest of the league can watch their friend do a silly task. And since I don’t know everyone in my Sports Literature class that well, I wouldn’t want to see them punished to the same extent. It wouldn’t be as funny.”

According to the Paly students interviewed, although punishments help motivate contestants to stay competitive during the season, it also serves the unforeseen purpose of finishing off the season on a lighthearted and more memorable note.

Although there are only two more months for contestants to battle for first (and not last), league contestants have not given up and remain optimistic for their teams.

Strathearn said, “It’s hard to stay optimistic when I haven’t won three years in a row, but I like to take it game-by-game, and improve my team in any way I can.”