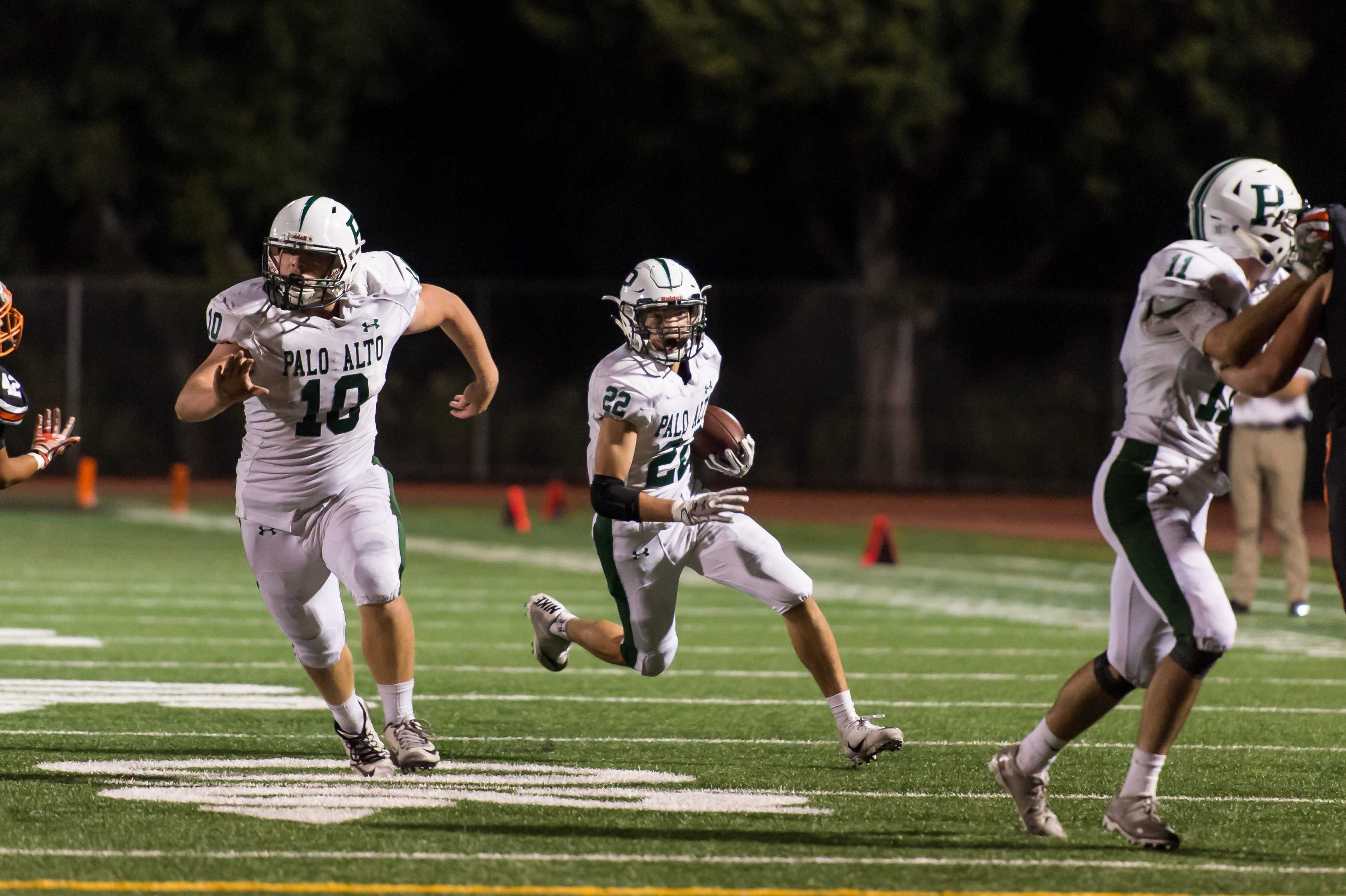 After a disappointing loss, the varsity boys are scrambling to recover. The defeat tarnished an otherwise promising league season.

The game against Los Gatos ended 31-8, making varsity’s overall record 1-5 and their league record 1-1. According to junior Wes Walters and varsity coach Danny Sullivan, the team had the potential for a win, but ultimately could not pull through.

“We were in the game for the first half, and we made some dumb mistakes, and it ended up costing us the game,” Walters said.

Sullivan attributes the loss to the team’s subpar passing game, but noted that the team ran the ball well. In addition to passing, the team could use some improvement on taking advantage of scoring opportunities, according to Sullivan.

“Not winning that game had to do with not capitalizing on opportunities to score that were given to us.”

According to junior cornerback Damion Valencia, the referee’s unfair calls also contributed to the loss.

“The [referees] were kind of making bad calls, and it just brought us down to a low level,” Valencia said. “We couldn’t play to our best potential.”

Despite the loss to Los Gatos, Walters remains optimistic the team could rebound and have a successful season. According to Walters, the game against Wilcox High School would have provided a good opportunity for a comeback; however, the game was cancelled due to the smoke from the wildfires north of San Francisco.

“We beat [Wilcox High School] last year, and I think we got a really good game plan going into this week. I think we can bounce back and get a big win this week.”

The bad air quality from the smoke took away that chance for redemption. However, the poor air quality hasn’t had a great negative impact on the team, according to Sullivan.

“We moved practice inside the last two days,” Sullivan said. “We practiced in [the gym] yesterday and actually threw the ball, because there’s a lot of space. We’ve actually been as productive as one team can be. The only [way] it’s going to affect [us] is just [not] being outside and running special teams, but all the other aspects we’ve been able to accomplish.”

The team’s next opportunity to prove itself will be against Milpitas High School on Oct. 20 at home.

Valencia said, “[I expect] that we will have higher energy, and we fire out and score the first touchdown and try to get the W.”