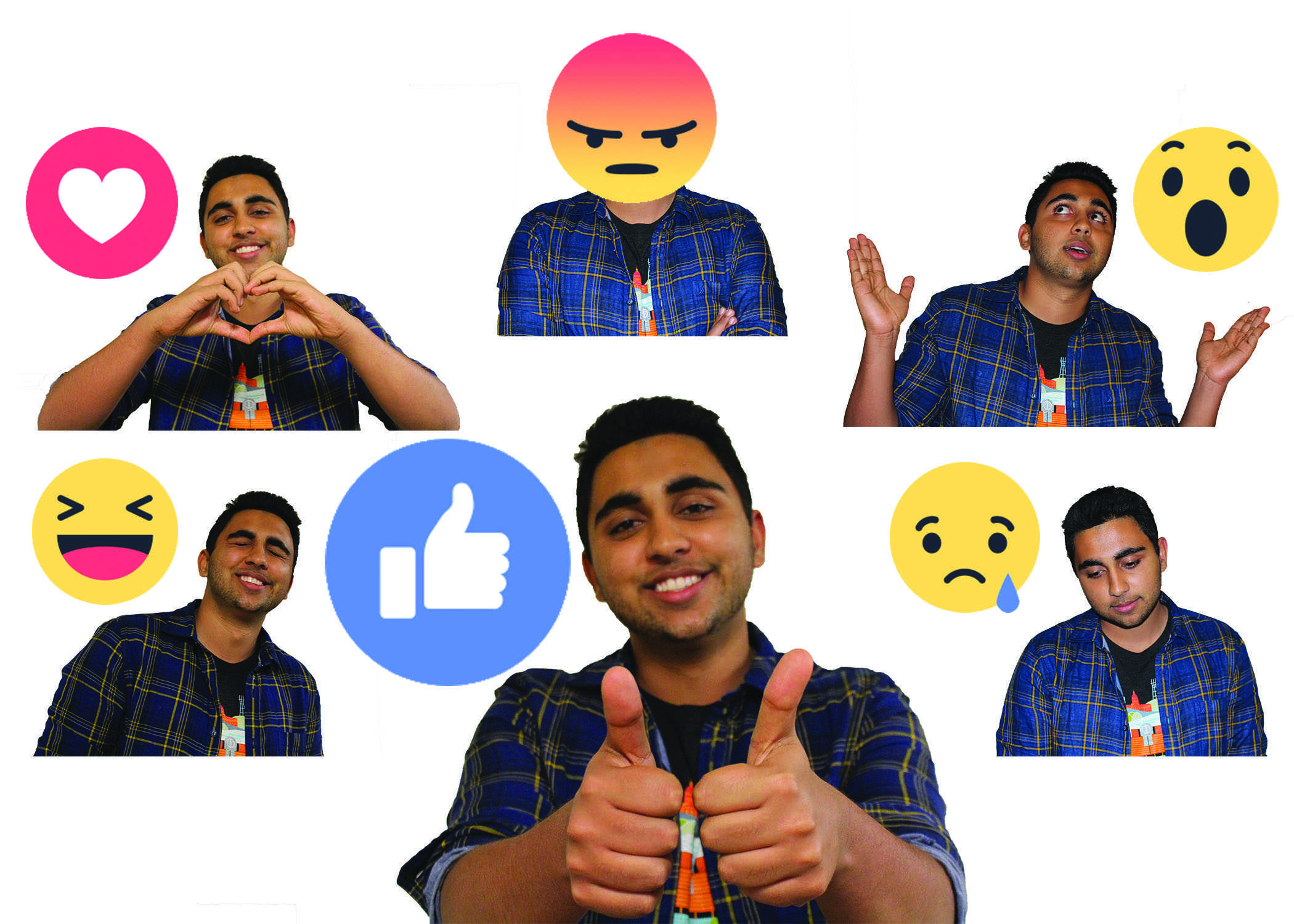 Like many teens, I spend a good chunk of my time using Facebook, avoiding my responsibilities. I initially struggled with distinguishing the various reaction buttons and what each one signified. If my time on the site has taught me anything, it’s that there’s specific uses for each reaction, so let me impart my knowledge and experience with “The Beginner’s Guide to Facebook Reactions.”

Like: This is by far the most generic reaction. If reactions were drinks, “Like” would be water. Not a cold glass of water, but a bottle of Arrowhead that’s been cooking in your car for days, the unappealing kind that’s evidently contaminated with tasteable levels of BPA and other chemicals.

This is the reaction you use when that attractive girl you sort of know updates her profile photo, so you’re kind of hitting on her, but not really, you know? There’s no way that could possibly be interpreted as meaning anything, but it can’t really hurt. Additionally, many people measure their sense of worth by the number of likes they accumulate on a comment or profile picture. For whatever reason, anyone in DECA or Key Club rakes in likes on profile pictures.

Love: This reaction is most often used by girls on their friends’ good pictures or guys on their friends’ bad pictures. When coupled with a creative comment about connections or networking on a friend’s latest friendship, this reaction makes for one of the most iconic duos of all-time, right behind me and a tight Henley T-shirts.

Haha: The most useless of all the reaction buttons and often ignored in favor of the Wow or Love react, the Haha react is used largely by that guy who still thinks Harambe jokes are (or were ever) funny. He also doesn’t know how reactions work. Going back to the drink analogy, this is probably the Pepsi of the reaction world. It’s there, but why would you ever choose it?

Wow: Everyone’s favorite reaction. Use this when your friend becomes friends with his grandpa or when everyone’s Trump-supporting uncle shares why illegal immigrants should be deported for the 13th time this week.

Sad: An absolute classic. The Sad reaction is the perfect way to show sympathy; use it on your uncle’s long post about how his dog just died, the video about the Syrian Civil War your mom shared or your friend’s new cover photo where he’s standing on the edge of the Empire State Building pretending to fall off.

Angry: This react is the closest thing our friends in Menlo Park have devised to the much-requested “dislike” button. Use it all over your friend when he shares some stupid Candy Crush promo for the third time this week or the horrifically-distorted photo booth image from 2013 he hasn’t deleted yet. It’s also ok to use “Angry” on Spirit Week photos of anyone from a different grade, because fork anyone not born within six months of you, right?

Share: While not a reaction in the truest sense, it may as well be to some people. The “sharer” is arguably the most annoying type of Facebook user. For some reason, this person feels the need to share everything they see on social media, though most of it is so mind-numbingly boring it could put a horse to sleep.