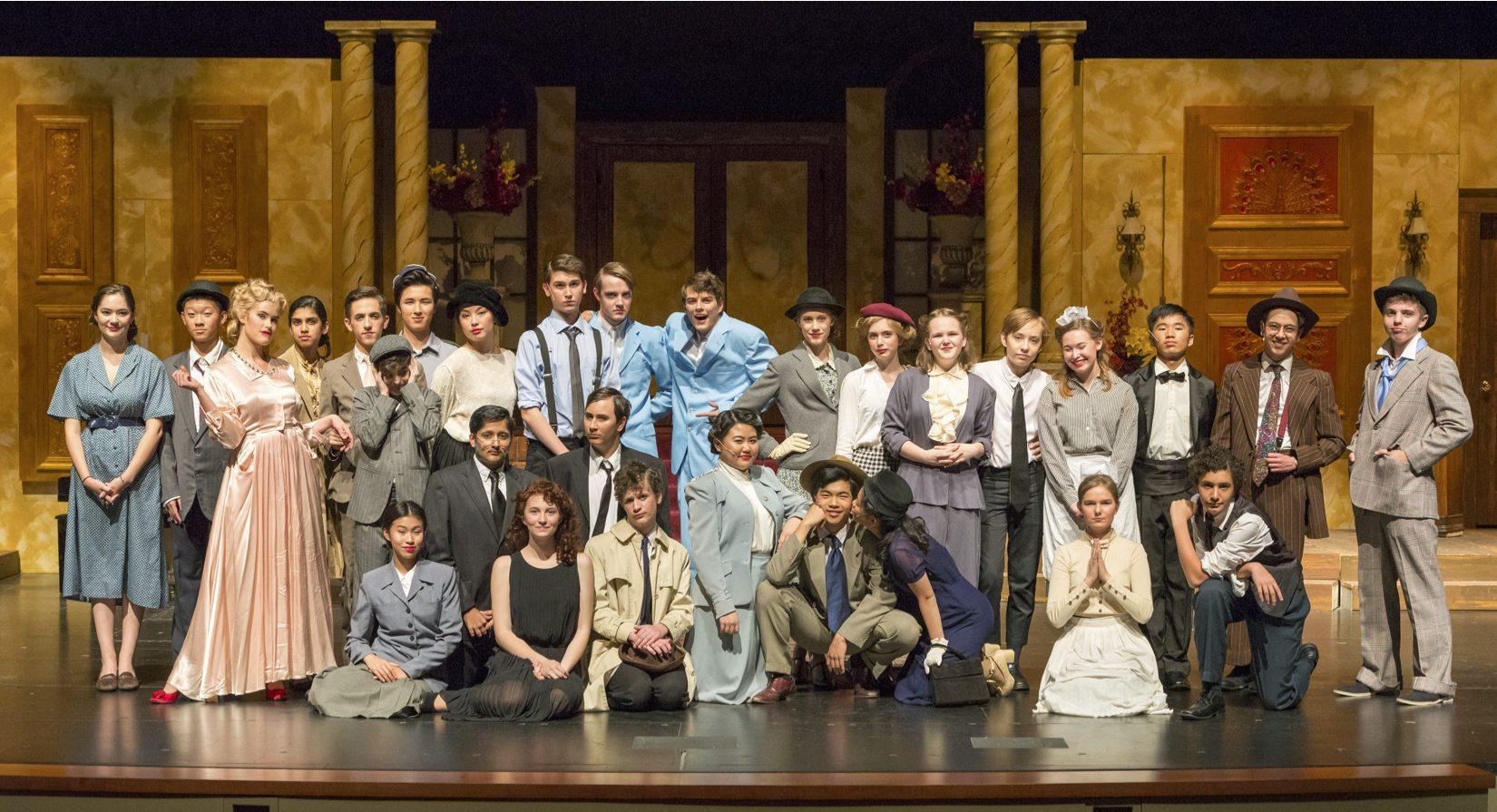 Palo Alto High School’s Theatre program performed three showings of “Heaven Can Wait,” which played on Friday, Nov. 3, Saturday, Nov. 4 and Sunday, Nov. 5, and the theatre program said it was a success.

“Heaven Can Wait,” a play which was later adapted into a film is about a boxer, Joe Pendleton, who gets injured after a plane crash.

Pendleton’s soul is taken out of his body when an antsy spirit mistakenly believes he is dead. Pendleton’s character reappears in the forms of business proprietor Leo Farnsworth and quarterback Tom Jarrett.

According to theatre teacher Kathleen Woods, she heard about the play after watching performances done by one of her peers’ students.

“I have a friend who directed this show twice, and after watching it, I thought it would be great to do here at Paly because I didn’t want something that was too serious but also not too silly. ‘Heaven Can Wait’ has a really nice, sweet, gentle quality to it, so it seemed like somewhat of an obvious choice.”

Woods also explained that “Heaven Can Wait” provides lots of possibilities for students and that the show resonated with her, so that bolstered why she ultimately chose it.

“I’m always looking for shows that have lots of opportunities for the students,” Woods said. “I’m also looking for shows that speak to me. I’ve been directing shows for a long time and already directed many shows, but I haven’t seen this play. I may have seen the movie, but it was so long ago that I don’t really remember.”

According to junior Gil Weissman, who played Joe’s manager, experienced juniors and seniors in the theatre program were able to grab many of the coveted roles in the play, such as Joe Pendleton.

In accordance with Paly tradition, junior Derek Zhou said the cast held a preview on Nov. 2 for anyone who couldn’t make the official showings. Middle schoolers with an interest in pursuing theatre at Paly were also invited.

“The preview was a special free show for middle schoolers or anyone who couldn’t come to the actual performances,” Zhou said. “There was pizza, and we had a talk back — kind of like a Q&A — with the audience.”

Woods said the Q&A session has been successful, and this year, the middle school students, as well as the cast members, were into it.

“I think the middle school kids who come join once they come to Paly,” Woods said. “However, I don’t think that it’s as simple as they come and then join the following year. Although with this particular preview, we had a really great talkback, and that left a positive impression on the middle schoolers.”

While both Weissman and Zhou said they enjoyed performing in One Acts, a series of shorter plays that is held in the spring, they felt refreshed coming back to a longer production like “Heaven Can Wait” for a multitude of reasons.

Zhou said he thought the longer plays allows for more interaction among the actors.

“I prefer longer productions, because even though it’s a longer commitment, I think that the cast has a chance to build a sort of community and that’s one of the best parts of theatre,” Zhou said. “But shorter productions are really great for people who can’t do long productions.”

According to Zhou, one of the drawbacks of the longer productions is that sometimes you have to research a lot more because the plays can be older in age like “Heaven Can Wait” is.

“The play is really old, so it’s not easy to do your research,” Zhou said. “Ultimately, [all of the efforts] are worth it because we get to bond a lot.”