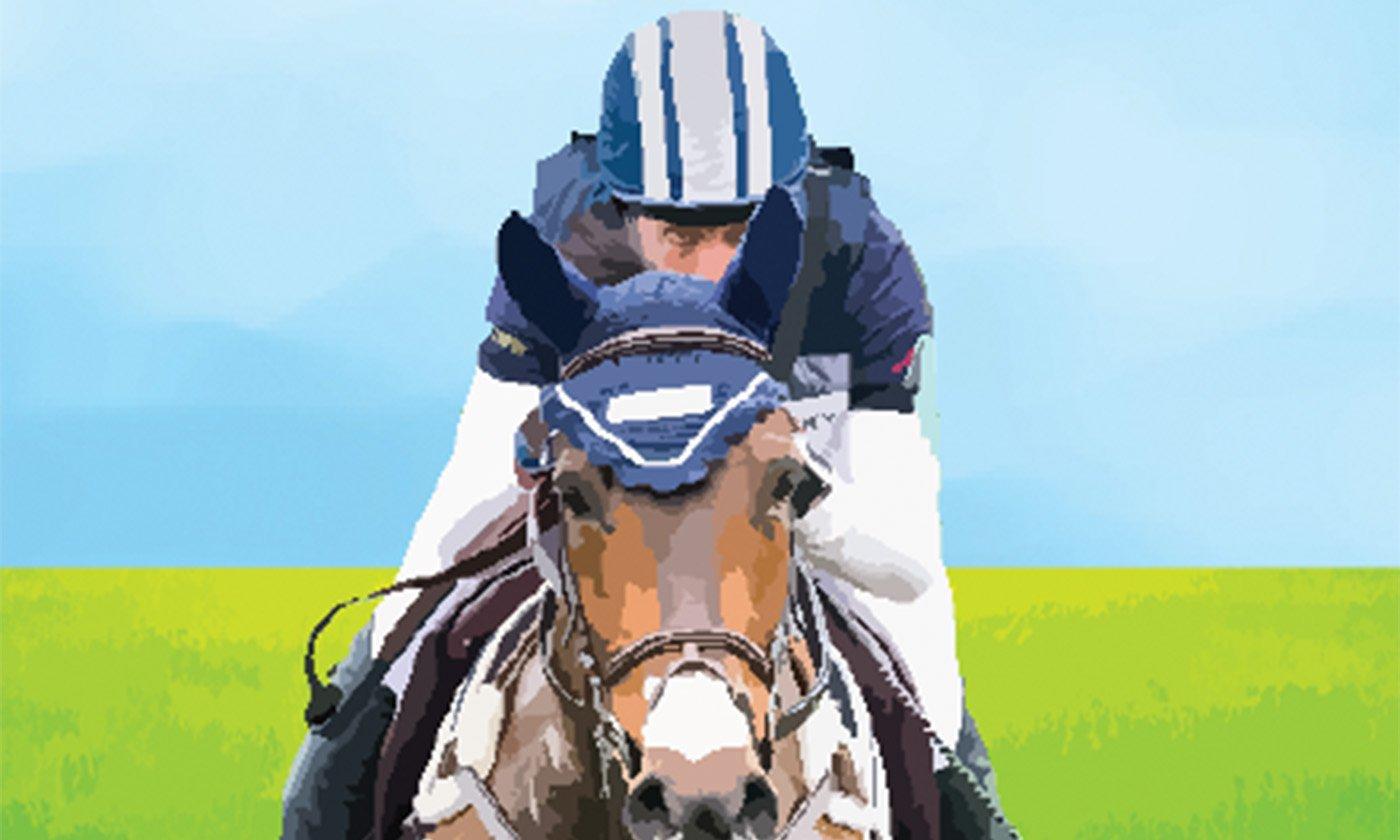 For over 7,000 years, the human race has used horses for the purpose of transportation. Soon enough, traveling wasn’t the only way humans benefitted from these animals. Slowly, the practice of riding horseback progressed from a human necessity to a competitive Olympic sport.

Juniors Anna Thie and Abby Ramsey, as well as senior Lydia Carroll are all riding competitors. According to the girls, they’ve each been riding for over 10 years.

All three riders grew up with horses in their lives.

According to Ramsey, she’s loved horses from a young age. For Thie, her grandparents’ horses helped strengthen her passion for riding the animals.

Carroll said her favorite part of riding is the satisfaction from successful rides. She said the feeling of enjoyment is an extremely satisfying one.

“When you have a really nice ride with your horse, it feels really good and you feel like you’re progressing.”

Ramsey said she enjoys the personal connection she’s developed with the animals the most. Having such a strong relationship with an animal is what keeps her so passionate about the sport.

“I’ve had my horse for three years, and it’s special to have a bond with an animal,” Ramsey said. “It seems weird, but it’s funny that after three years, it’s showing that we know each other really well.”

Ramsey also finds riding a way to focus away from negative thoughts. She said she can use riding as an escape from the pressures that come from everyday life.

“It relieves stress because it takes your mind off school and you can think about something else,” Ramsey said.

Ramsey said she’s fallen off a lot of horses and has gotten many concussions before due to the high intensity of the sport.

Despite no severe injuries, Ramsey says they are common to the sport.

“I know a lot of people who have gotten injuries way worse than [concussions],” Ramsey said.

Thie has had some very serious and frightening encounters.

“There was a rope around my hand and my horse went back and broke four of my fingers at once,” Thie said.

On another occasion, Thie had a more damaging injury.

“We were in an arena at a show and my horse saw a dog,” Thie said. “He took off but he slipped, hit my shoulder and cracked it.”

For Thie, however, these dangers and struggles helped motivate her to overcome adversity and instill a persevering mindset.

“You learn to get over fears because when you fall off you get scared,” Thie said. “You get broken down to the point where you don’t want to do it anymore, but then you build it back up.”

While these athletes get to enjoy the privilege of participating in the sport, it’s a luxury that not many get to experience. The economic aspect of riding can also be a restricting factor for many.

According to the website for JP Training, a popular training facility for local horseback riders based in Woodside, Calif., ten 30-minute private lessons costs about $800.

Based on prices listed at equine.com, a horse sale website, the cost to buy a horse ranges from hundreds to tens of thousands of dollars.

The high price can be correlated to the intense training hours and far travel that riders often face, according to Thie.

“During training season you’re at the barn every single day,” Thie said. “That used to be fun, but now with high school, it can be a lot.”

Carroll and Ramsey both said they spend about four days a week at the barn, riding and training.

And traveling as far as southern California is common for riders.

The competitive aspect of the sport plays a big role in the experiences of the participants, according to Carroll.

“Riding is a huge commitment,” Carroll said. “You can ride for fun, but it doesn’t really work out. You have to really want to ride. It’s super time consuming, super expensive. You have to travel a lot, and it’s so competitive.”

But Ramsey said she finds a lot of pleasure in the competition.

“I’m a very competitive person, and it’s just really fun to [compete] against other riders.”

Similarly, Thie said if the sport is approached properly and is absolutely worth while in the end.

“Find a trainer that feel comfortable working with and have fun with it,” Thie said. “It’s something that will stick with you for your whole life. Even though it’s a complicated sport and sometimes you feel crushed by it, in the end it’s something that teaches you to build and get over fears.”