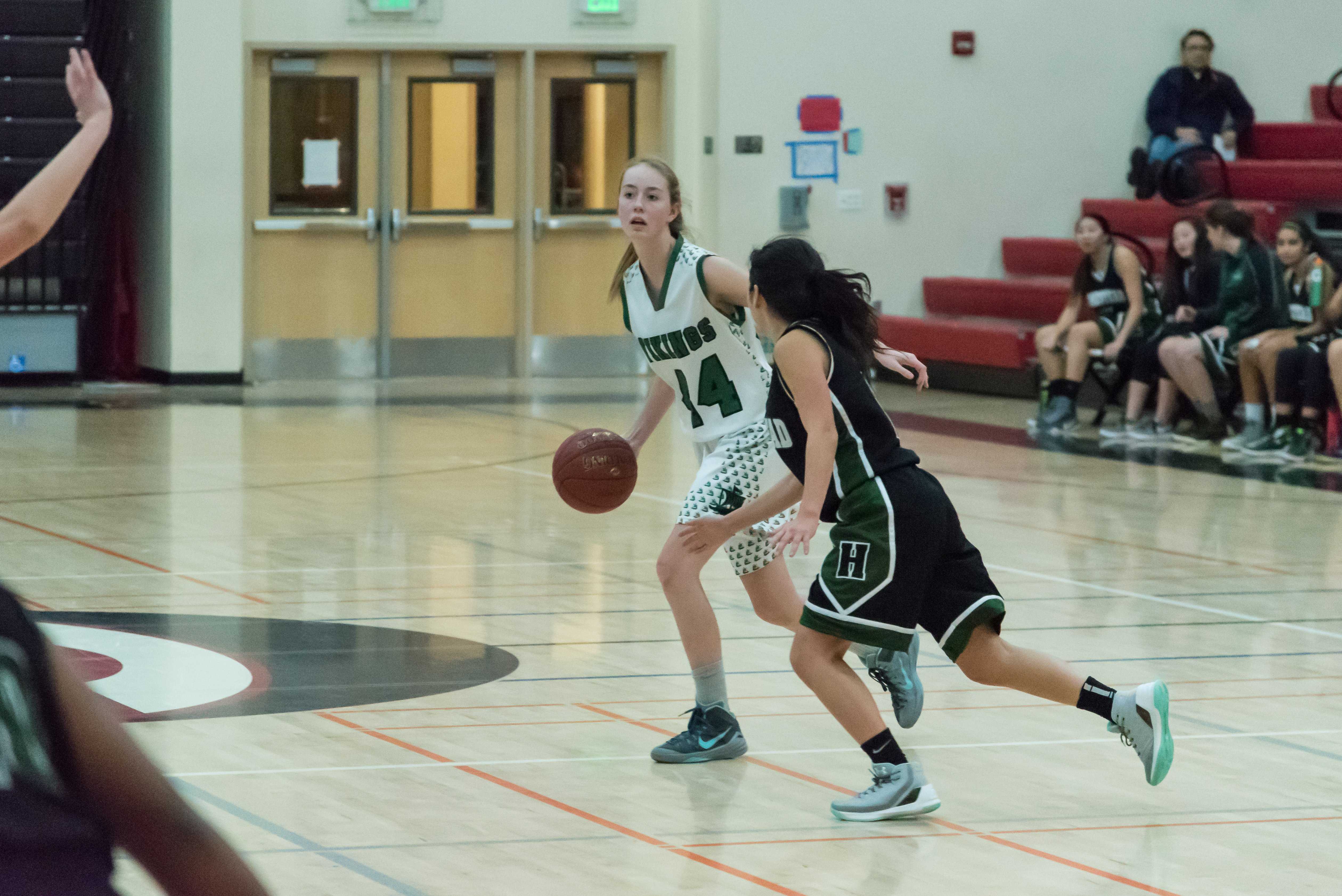 Bolstering a proven track record and a new core of key players, the two-time defending Centra Coast Section (CCS) Division One Champion girls basketball team aims to replicate its past success this season.

With an invigorated roster and a clear set of goals, the team is poised and ready to continue its domination.

The girls return many invaluable players from last season’s championship-winning run including senior guard Carly Leong. Leong stated she looks forward to her fourth season as a member of the varsity team.

“[Our goals this season are] to win league, to beat Gunn and to become a close team,” Leong said.

Accomplishing these goals would be a step towards another CCS winning season. Despite the team’s extensive past success, there is still one achievement they have not conquered in the past two seasons: winning a game in the California Interscholastic Federation Northern California State Championship (NorCal states).

“It would be great to get to NorCal and win a game especially because I think it would be the first time a Paly girls basketball team has won a game in NorCal,” said junior forward Lauren Daniel .

In order to accomplish its goals, the Vikings will need to overcome the loss of a few key seniors: Maya Lathi, Jacqueline Moore, Skylar Burris, Julie Chandler and Lauren Koyama.

“[Losing the seniors] is really tough so we all have to work on our shooting and keep our identity as a shooting team,” Leong said.

Daniel expressed that team chemistry must be developed in order for the Vikings to find success.

“I think the biggest thing this year is going to be working as a team because a lot of us have not played together before so we need to get to know how each person plays and what we can do to be the most effective as a team.”

One player who could step up to fill the void of the lost seniors is freshman Annika Shah.

“I think Annika will be huge for us. She can handle the ball and that is what we need the most,” Leong said.

The girls opened up their season with a game against Aptos High School and lost 65-75.

Junior forward Ellie Jeffries was pleased with the progress the team made in the game against rival Aptos High School.

“I think it was definitely an improvement over our scrimmage against Saint Ignatius, and offensively we came out pretty strong,” Jeffries said.

The loss indicated to the team that there is stil work to do in order to play up to their known potential.

“I think that going forward we have room to improve defensively and on the offensive boards.”