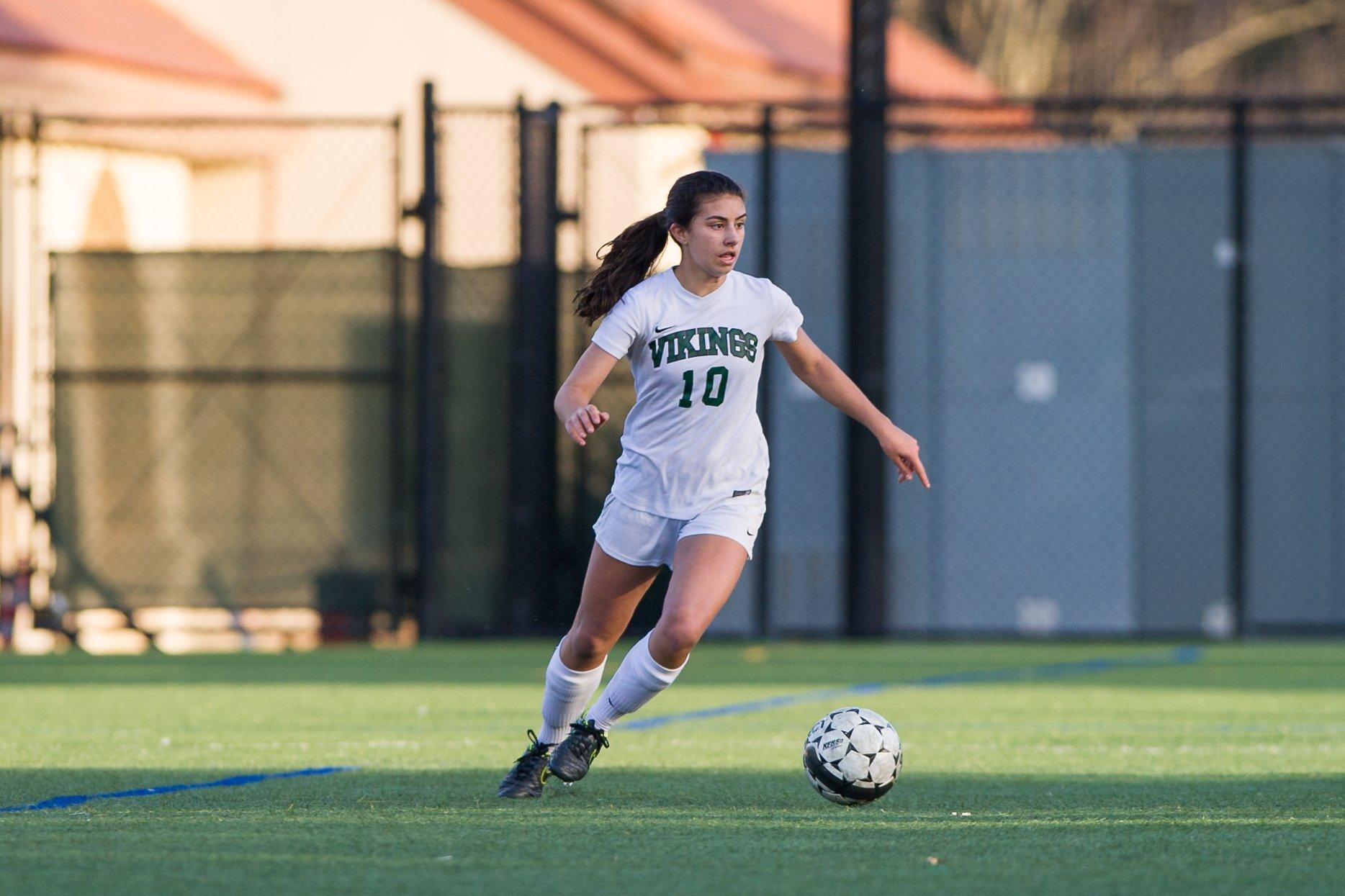 There is nothing more satisfying than defying expectations and simultaneously exacting revenge on the team that eliminated you from the playoffs last year. Last week, the varsity girls soccer team was able to accomplish both.

From the outset, the team was unsure of how it would recover from the loss of key seniors. There were also concerns surrounding the team chemistry between returning and new players. However, two resounding victories  dismissed those concerns.

“I think we expected this year to start off a bit shaky, given that we have a lot of new players, we lost many good players last year and that we didn’t have many practices as a team before going into preseason,” said senior and team captain Emily Tomz. “We’re starting to bond more and things are coming together quickly.”

The Vikings kicked off their season with a 2-1 win against Aragon High School on Nov. 27. Goals by sophomores Leila Khan and Kaitlin Meyers helped the team get its first win.

“I didn’t expect us to do that well, but [the team] did a super good job,” said coach Ernesto Cruz. “There was good leadership from varsity and good contributions from sophomores.”

The real test for the Vikings was their second game of the season — a game against Menlo- Atherton (MA) High School, the team that beat them 3-0 in the first round of the playoffs last year. This time, the tables were turned.

Led by Tomz, who scored two goals, the team thrashed MA 3-0 in an intense game.

“Our defensive line was solid, our midfield was strong and kept possession well and our forward line was quick and did a great job of keeping MA’s back line on their toes. We came in looking for revenge and we found it.”

On Monday, the Vikings played their first home game of the preseason, defeating St. Francis High School 1-0. A goal by Frida Rivera in the 25th minute put the team up for good.

“We had a good game, playing at a high level,” Cruz said. “We played a stronger team but it felt good to play at home. We had a more defensive game plan today, but that depends on the opponent.”

According to Cruz, the Vikings have started the season strong and will look to build on this early momentum throughout the preseason in preparation for the league games starting in January. They also hope to orchestrate a deep postseason run.

“It’s been interesting. It’s been fun. They like each other. They work hard, and we’re making progress every time we practice and we play.”

The JV team opened the season with a 4-1 loss to MA but will look to smooth out the wrinkles during the remaining preseason games.