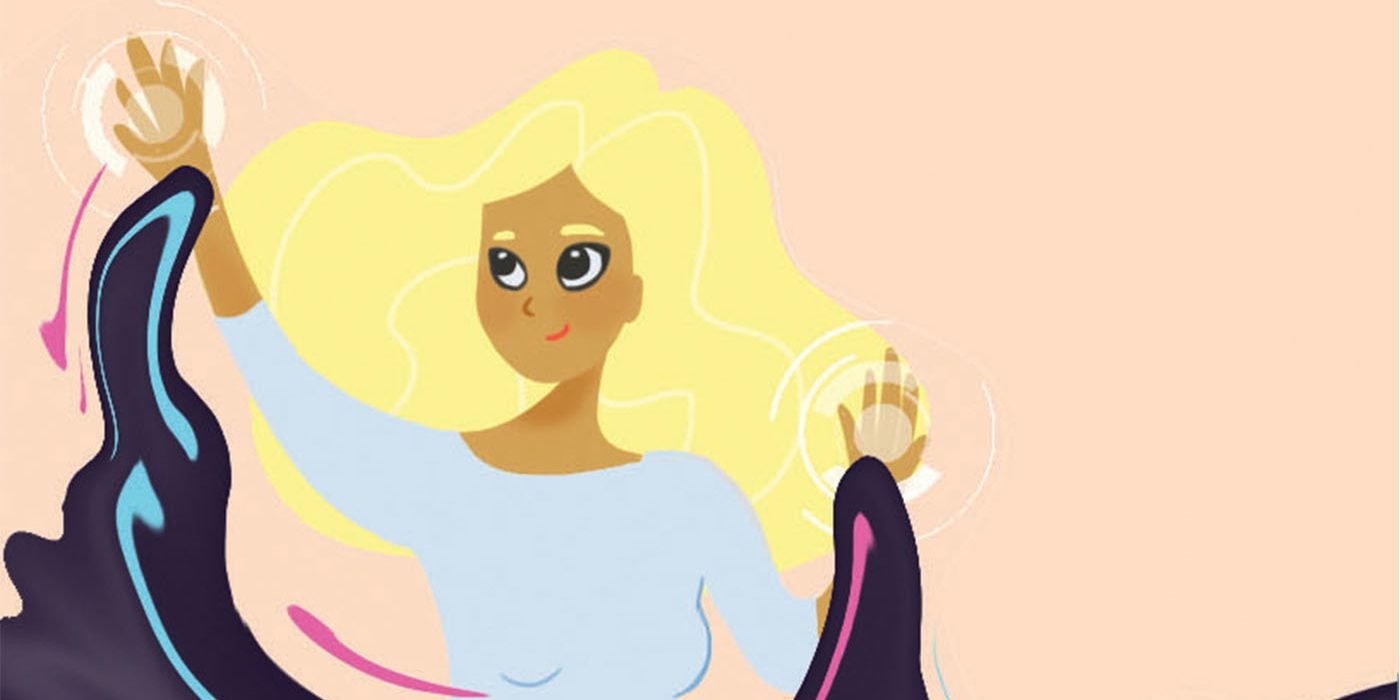 The intersection of art and technology

For decades, art has been on the cutting edge of technology. Moreover, as art has inspired technology at the heart of the Silicon Valley, science and technology have also influenced art in many ways, enabling artists and creators to amplify the scale of their work. From drawing tablets to laser-cutting, recent developments in technology have pioneered new ways for people to create visual art and express their ideas.

Whether it be illustrators, graphic designers or art enthusiasts, graphic tablets have drastically transformed the art industry. A drawing that would have otherwise taken hours or even days can now be completed in a matter of minutes.

Although it may look like regular pen and paper, the technology behind a Wacom tablet, the most popular brand of drawing pads, is all but simple. Inside the pen, a digital chip, modulator and transmitter function together to produce a magnetic field. The tablet’s sensor board includes a magnetic field that tracks the pen’s location, pressure and speed through tiny antenna coils. These magnetic fields allow the tablet and pen to be used without an external power source, such as batteries or a power adapter.

With 13 different models available, Wacom tablets are also catered to different professions, from architects to engineers.

While digital technology increases efficiency, traditional art is nowhere near extinction. One of the biggest critiques of Wacom tablets is that art made digitally is too perfect. Everything from the paintbrushes to the colors is simulated, making it easy to erase any unwanted lines. Additionally, the surface lacks the texture of real canvas or paper.

“You draw on the tablet, but you have to focus on the computer screen [and] it feels a bit detached,” said senior Vivian Nguyen, who creates digital art on the Wacom Intuos tablet. “Also, you can’t have the 3-D texture effect from oil painting, or mixed media.”

Animation is the process of photographing a succession of images that produce an illusion of movement when played in a sequence. Traditionally, animations were created by drawing each frame individually on paper. Digital technology expedites this process by providing animators with tools far more complex than pen and paper.

“The advantage of doing drawings digitally is that it’s really easy to make different layers and give your drawing more structure, plus it’s a lot easier to get rid of mistakes.”

In addition to 2-D animations, 3-D technology allows animators to create virtual models linked to a weight system that can then be almost treated as physical objects or actors. After building a human frame, a link is created between each vertex of the mesh model to a bone structure. Lastly, the animator adds a set of controls and constraints in order to easily manipulate the models.

Although walking by a person wearing thick black goggles and waving two sticks around the room may seem off-putting, the prospects of virtual reality and art are anything but insane. The Tilt Brush, developed by Google in 2016, allows artists to paint with light using a virtual reality headset.

In its earlier versions, images could only be created in a two-dimensional surface that could then be tilted, hence the name “Tilt Brush.” However, the newest model includes two handheld controllers with tracking sensors that map a user’s movement in space, enabling them to create art anywhere within a room-sized area. With one controller as a palette and the other as a brush, the possibilities are endless.

At Paly, students enrolled in Steve Ferrera’s Intermediate Ceramics and Advanced Sculpture have the opportunity of using this tool.

In addition, sharing drawings is one of the Tilt Brush’s newest and most beneficial tool. Users can take videos of themselves painting through the goggles and upload them to various platforms like YouTube.

Along with the Tilt Brush, Google is currently developing new ways to generate art through the us of artificial intelligence. The Magenta Team, formed by the Google Brain Team, aims to use “machine learning to create compelling art and music,” according to their website.

“We started out by creating some source code and putting it up on GitHub,” said Fred Bertsch, a software engineer on the Magenta team, in an email. “We hoped that artists and musicians would install a bunch of our tools, play with the models, improve the models and create amazing new art forms.”

The Magenta team also looks to build a community of artists and engineers in order to combine art and technology.

“Artists and musicians are definitely dedicated and willing to do a lot of work to get the right effects. In fact, a few of them did play with our tools and create some interesting work.”

The main challenge faced by coders is creating images and sounds that attract the attention of an audience, as many often lack structure and narrative. In addition, art requires elements of surprise that are difficult for a computer to generate. As Magenta continues to expand, user feedback and discussion are encouraged to help the company learn how to improve their products.

“Our tools were too primitive,” Bertsch said. “We didn’t give enough capabilities to make the tools worthwhile. So, we’re improving them.”

Creating 3-D models becomes even more interesting when they can become part of our physical lives. With a 3-D printer, artists can combine various materials and traditional finishes to create anything.

The software used to create 3-D models is similar to the software used by 3-D animators, as it can allow artists to use weight systems and constraints to facilitate the process. After the model is created and sent to a 3-D printer, the printer creates the image from bottom to top by printing successive layers of a chosen plastic filament. After a model is printed, various traditional finishes, such as glazes and varnishes, can be mixed and matched to transform the plastic.

Located in a classroom at Cubberley Community Center, MakeX, a free makerspace, offers public access to innovative technology, including 3-D printers. Students and other community members can complete their personal art and engineering projects at the center using the various tools available.

In addition to 3-D printers, MakeX provides laser-cutters. Using a carbon dioxide laser, students can cut illustrations or images on the surface of nearly any material, such as wood, glass, or plastic. Similar to 3-D printing, laser-cutting can also be combined with traditional methods to create art.

“Some people have brought canvases, like watercolor paintings, and they can get a burn effect with the laser,” said junior Jevan Yu, a student mentor at MakeX.

While they were initially developed for industrial manufacturing, laser-cutters have opened the door for many artists, allowing them to create complex engravings and designs.

“There is some industrial art that goes on,” Yu said. “That’s kind of the intersection between engineering and art.”