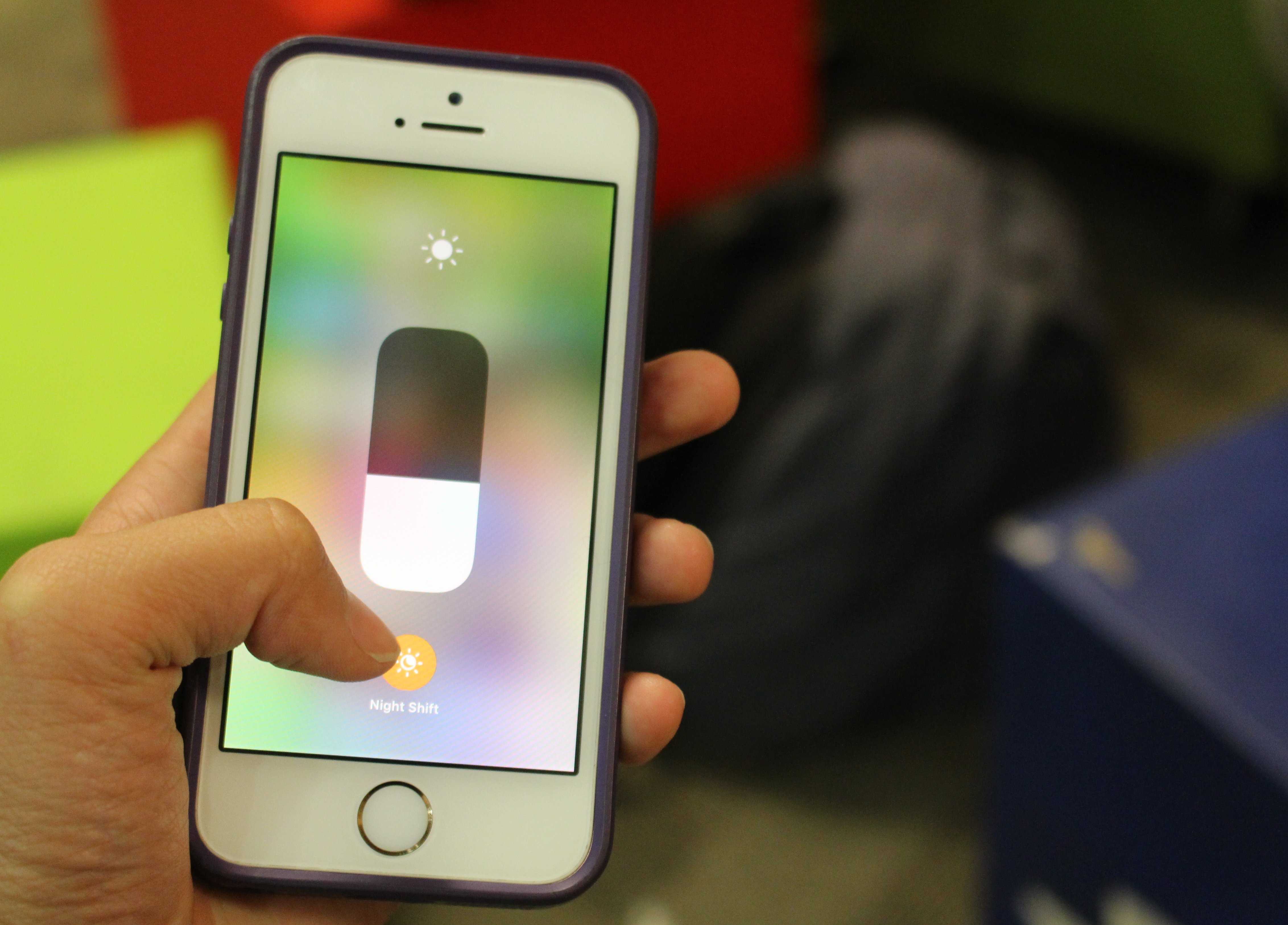 On a typical school night, a student can be found typing up an essay, watching Netflix or checking Schoology on their computer. As they settle down under the covers, they continue to check text messages on a bright screen in their dark room. Not only does this take away from precious sleep, but they are also exposing themselves to the blue light on their electronics, which is detrimental to a person’s sleep and health.

Circadian rhythms, also known as our internal biological clock, are located in the suprachiasmatic nucleus (SCM) of the hypothalamus. They dictate when we sleep and are reset by environmental factors called Zeitgebers, which include light and exercise. Humans are biologically inclined to sleep at night due to melatonin, the hormone secreted by the pineal gland in the absence of light that controls our circadian rhythms. Thus, exposure to artificial light, especially blue light, prevents the release of melatonin into our bloodstream, disrupting our sleep patterns.

“Technically, all light suppresses melatonin, since our circadian rhythms are light-calibrated, but blue light does it the most. It could be that there’s more blue light naturally at a time during the day when it’s evolutionarily advantageous to be awake. Also, red light has the least amount of impact on our circadian rhythms.”

In 2010, the National Institutes of Health conducted an experiment in which they exposed subjects to 30 minutes of blue light before bedtime. As a result, the participants’ rapid eye movement (REM) sleep was delayed by approximately 30 minutes.

Two years later, a Harvard study compared the effects of exposure to blue and green light at similar brightnesses and durations. The researchers found that the blue light shifted circadian rhythms and suppressed a person’s melatonin for twice as long as the green light.

Recently, people are switching to light-emitting diode (LED) lights, which consume less electricity and are more cost-efficient light sources. Although LEDs are regarded as “environmentally friendly,” they come in short-wave, high-energy blue and violet light, which can have harmful effects on health and sleep.

“LEDs actually come in different wavelengths,” said senior Alvin On, who works with LED lights on Paly’s Robotics Team. “Certain LEDs may be dangerous because of their short wavelengths.”

In recent years, electronics and mobile companies have gained awareness of the dangers of blue light. Apple and Android include features called “Night Shift” and “Night Mode,” which filter blue light on their devices.

According to Apple’s website, Night Shift uses the clock and geolocation of a user’s device to track when the sun sets in their location. At nightfall, the device automatically adjusts the colors of the screen to warmer colors, such as yellow and red. Furthermore, during the daytime, the display reverts to original, non-Night Shift setting. On Android devices. The Night Mode option undergoes the same process.

Paly students have found that enabling the blue light filter option on their phones has benefited their sleep.

“I use the Night Shift feature on my iPhone before I sleep. It turns my phone screen yellow and puts less strain on my eyes in the dark. I feel that I’ve been sleeping better when I use it, compared to when Apple didn’t have this option.”

As Paly’s educational system progressively converts to paperless learning, students are exposed to increasing amounts of blue light in their daily lives. For many students, it is difficult to reduce their exposure to blue light due to the majority of schoolwork being assigned online.  However, students can avoid stimulants before going to bed. Alicia Szebert, a science teacher at Paly, shares her advice on the issue.

“Even adults themselves are on their phones before they go to sleep [and] first thing when they wake up,” Szebert said. “Charging [your phone] in a separate room and reading books before bed is really helpful. You won’t get that blue light, [which] puts your body into a better place for falling asleep — it’s not as physically stimulating for your eyes.”