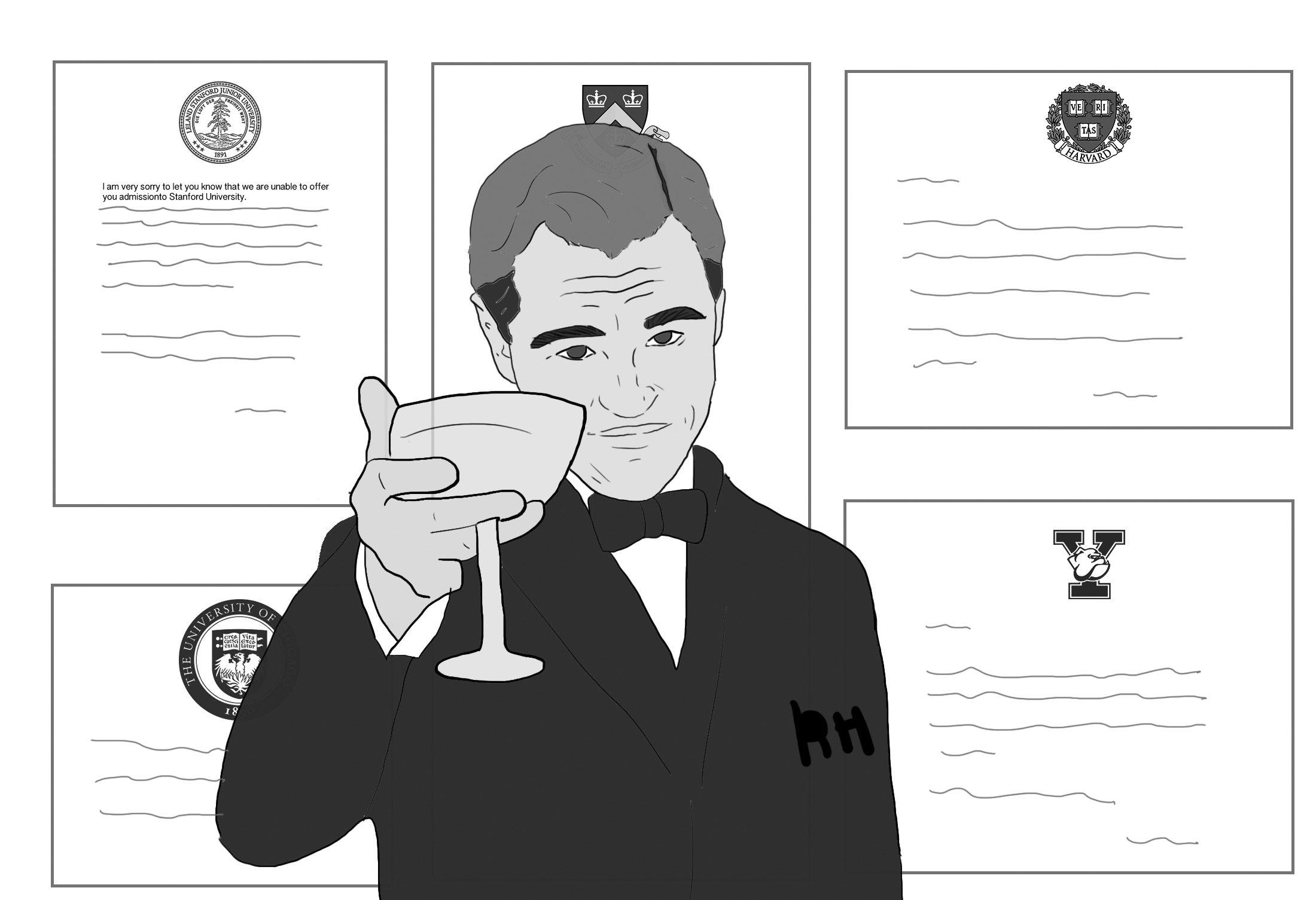 Living in Silicon Valley, Palo Alto High School students are enveloped in a bubble widely considered the epitome of technological prestige. Within just a 50 mile radius of our high school rests some of the world’s biggest tech companies such as Apple, Google and Facebook.

Paly, unsurprisingly, is a microcosm of the area around it. Boasting some of the highest standardized test scores in the nation and consistently ranking highly in athletics, Paly can safely say that it is one of the most successful high schools in the nation.

However, inside the walls of this esteemed high school, failure is deemed taboo, perhaps in part because of high expectations placed on students by parents and the rest of the community.

In response to this sentiment, Paly administration and teachers should promote failure along with success. One way of doing this is to allow students to bring back the Rejection Wall.

“Rejection walls” were the subject of controversy last year after they were taken down with the intention of protecting the mental health of some students.

These walls, a collective group of anonymous rejection letters from various universities posted onto windows of different buildings, were aimed at providing  a cathartic release for students, so that they can empathize with fellow rejectees.

At Henry M. Gunn High School, rejection walls have not been repressed, which many students say is a commendable move from the Titan administration.

“In my experience, this ‘Wall of Rejection’ has been something that provided me with a lot of comfort. It was good to know that other students were in the same situation as I was, and that the staff was supportive of us during our low points.”

In addition to having outlets such as the Wall of Rejection, teachers can teach the universality of failure and more importantly, the significance of learning from one’s mistakes in the classroom.

In a competitive atmosphere where students think getting an A is of utmost importance, emphasizing the message of recovering from defeat is another way Paly can promote mistake-making without it being detrimental.

For Paly senior Andrew Shieh, this attitude is a quality that he thinks is essential for growth in students.

“Failure and mistake-making is an important way to learn. If the school can promote this perspective from educators, that makes it a more effective learning environment for the students.”

While rejection walls help students feel less alone during a time where deferrals and rejections from colleges can feel targeted, some students think these walls only increase stress culture.

To promote failure is a tricky endeavor; a school does not want to encourage lazy behavior. But by only promoting success, it advocates for a single path of triumph that leaves students feeling less confident. Yet, by taking action–such as allowing students to post to The Rejection Wall––the Paly administration can help students redefine success and thus empower students to be more resilient and successful than ever.