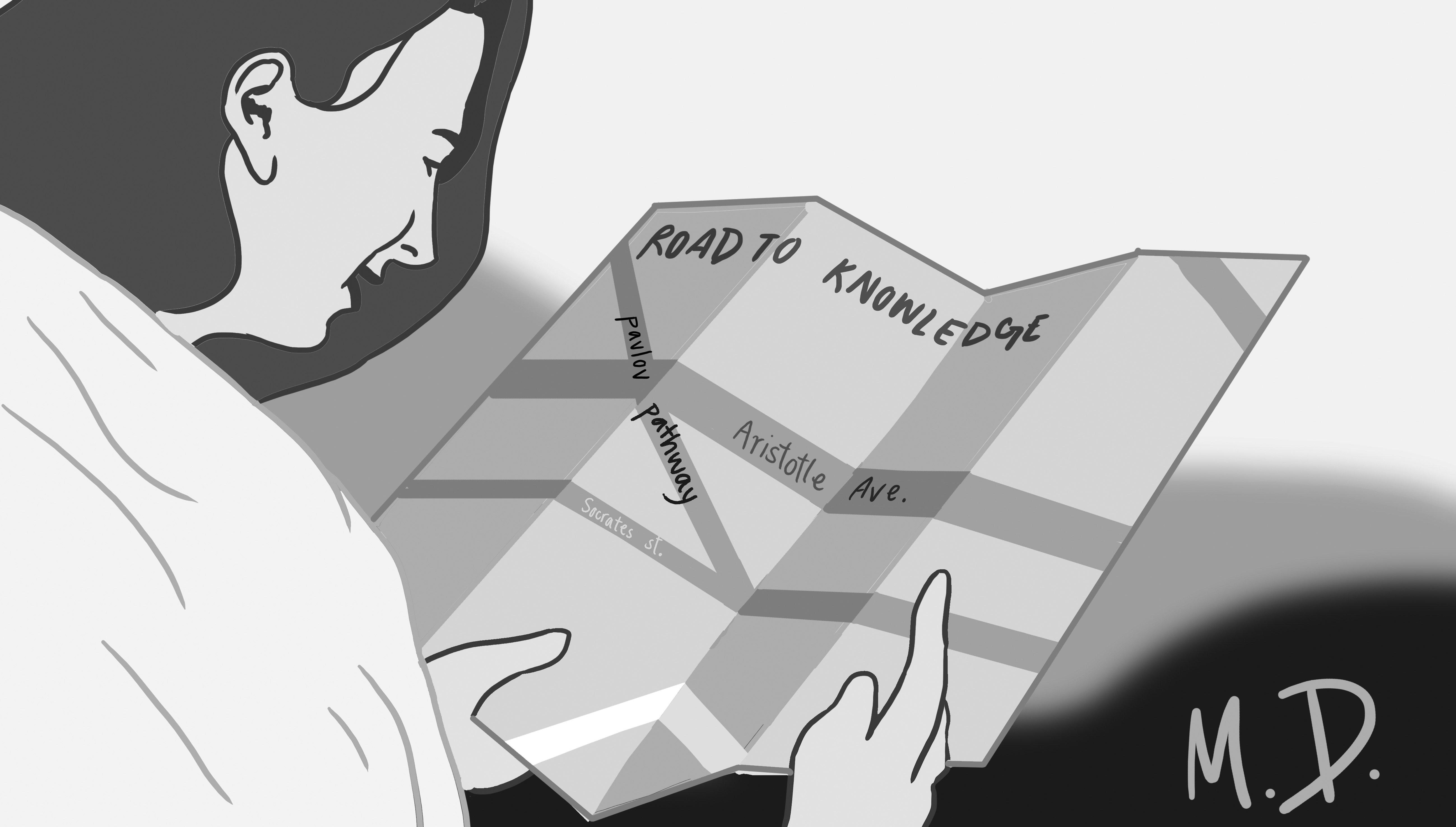 Philosophy should be incorporated into Paly English curriculum

The last of the “Five Good Emperors” of the Roman Empire, Marcus Aurelius, regularly composed life advice to himself. Even as one of the most powerful men on the planet at the time, Aurelius’ writing reflected someone who valued humility, self-restraint and the goodness of man.

Two thousand years later, Aurelius’ perspectives on life have become some of the most significant philosophical texts in history.

In these texts, he asks, “What could be clearer? No other life is more appropriate for the practice of philosophy than that life which you now happen to be living.”

Aurelius viewed philosophy as something essential to the mind and therefore a subject we have a responsibility to learn. Introducing students to philosophy exposes young minds to the theories behind important ideas and subjects, such as morality, politics and existence.

While Paly offers Humanities as a semester-long English elective which explores philosophy in detail, philosophical ideas are not incorporated into current regular English courses.

Although it is currently very underrepresented in the curriculum, philosophy has the potential to teach students important life lessons.

In 367 B.C., the Platonic Academy in Athens first introduced 17-year-old Aristotle to philosophy. Mentored by Plato himself, Aristotle eventually challenged the theories of his teacher and became arguably the single most influential individual in Western philosophy. One of Aristotle’s most important contributions was the first study of logic.

Logic, a fundamental aspect of both mathematics and philosophy, draws conclusions, whether scientific or philosophical, from information using various methods of reasoning.

Less academically, logic also teaches individuals how to arrive at conclusions about decisions they face in a manner which can be widely acknowledged as reasonable or sound, as opposed to “following one’s gut.”

English courses already explore theoretical topics, such as finding themes in literature and drawing parallels between characters in stories and historical figures and could easily tie ideas in literature to the beliefs of key philosophy theories in history. Philosophy, therefore, becomes less of a change in the English curriculum and more of an addition to what Paly currently teaches.

The American ideals were revolutionary when the United States Constitution first introduced them to the world stage, but they were almost entirely inspired by the political philosophers who came before the birth of our nation.

Before “Life, Liberty and the Pursuit of Happiness” were considered unalienable rights, English philosopher John Locke wrote that “life, liberty and property” were the primary rights which a government should intend to protect.

Locke’s great inspiration to Thomas Jefferson is taught in World History, a freshman history class, but Paly does not offer many other lessons on philosophy’s effect on the modern world in the required curriculum.

Philosophy would also be able to tie the reading material to theories of ethics and existence to allow students to decide for themselves what they believe.

Incorporating philosophy into English classes would teach students why the selected literature is more than just a novel, but an allusion to a bigger picture.

In a world in which critical thinking and complex problem-solving have always been the traits of great leaders and great people alike, teaching philosophical principles could make these traits a part of education.

While previously, individuals with these traits have been invaluable to civilizations due to their rarity, introducing philosophy which teaches these skills could raise a generation composed of these intellectual people.