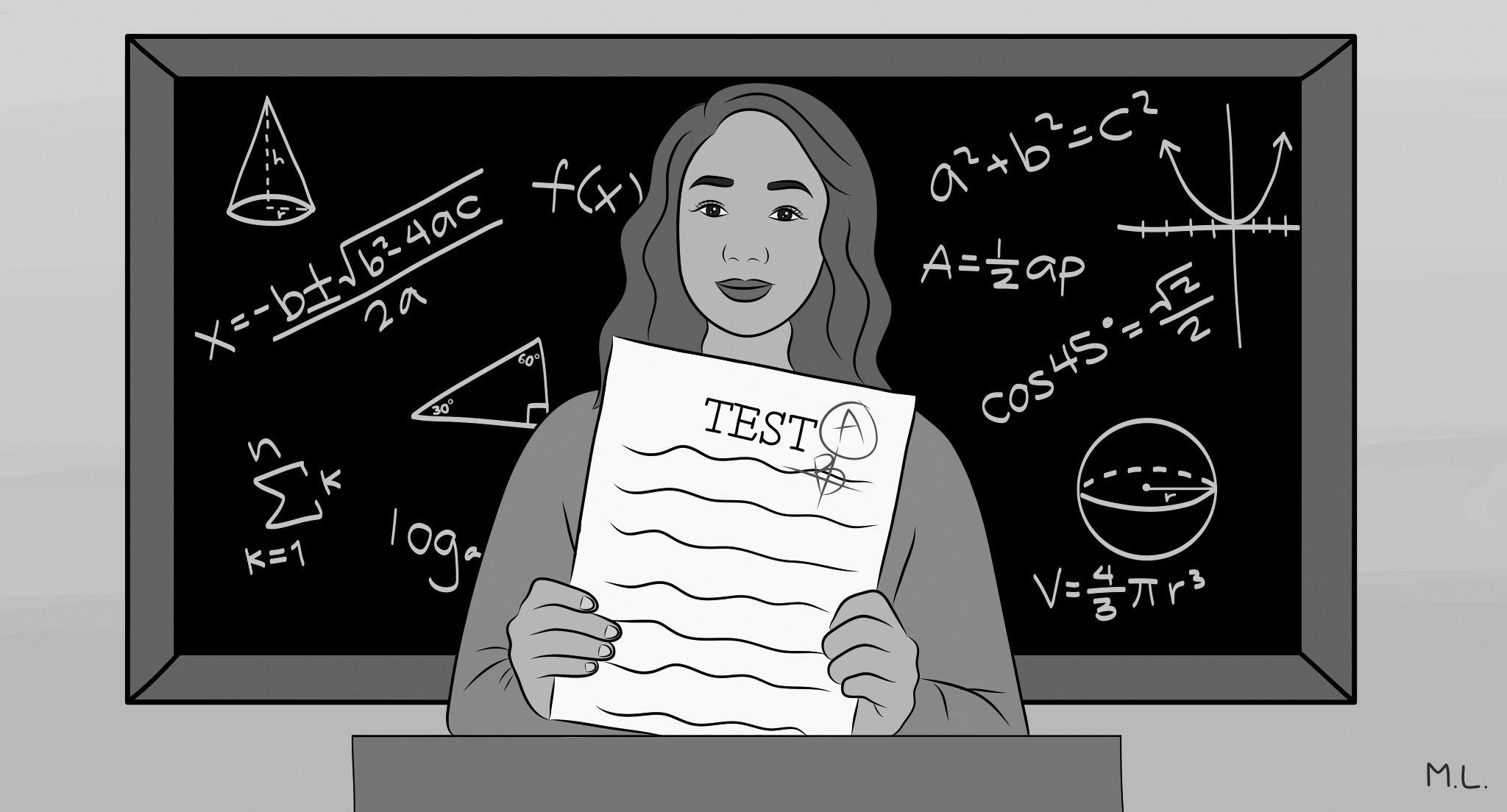 Students should be graded holistically, clearly

Nearly every student is familiar with the stress of waiting for his or her grades to come out at the end of the semester. However, the report card that supposedly represents the sum total of each student’s accomplishments consists solely of a series of letters and perhaps a single sentence from the teacher vaguely expressing what a pleasure the student is to have in class.

This grading system provides little information about what material students actually comprehend and what concepts they have yet to master. Standards-based grading, in which students are graded based on a rubric detailing how well they understand specific concepts, would eliminate ambiguity in report cards by attaching qualitative meanings to grades.

Standards-based grading promotes more comprehensive learning by requiring students to achieve proficiency in a certain category in order to earn a good grade. Teachers evaluate students’ work on formative assignments and multiple assessments and provide alternate assessments to students who need it, rather than assigning grades based on a series of non-personalized tests and projects. This system would also allow students to retake tests until they receive a satisfactory grade. The option to earn a grade based on improvement pushes students to fully understand subject matter, as opposed to moving on before the class has a chance to truly comprehend the material.

While it would be possible for students to underperform on the first attempt of a test, the amount of effort and time it would require in order for students to retake the test would discourage negligence. Subsequent tests would not be identical to the first test, so students would have to thoroughly understand the topic, rather than simply memorize answers. Test retakes have also been shown to help students better retain information. Furthermore, the process of trying and failing without severe consequences provides a safe place for students to learn resilience and perseverance.

According to a study conducted by the American Psychological Association, intrinsic motivation (when a student wants to study something primarily for their enjoyment) is the key to higher quality learning. Prompt feedback, class discussions and intellectually stimulating and challenging assignments have all been proven to contribute to a student’s ability to obtain a sense of intrinsic motivation. The traditional grading system rewards students for their ability to select the right answer, rather than their comprehension of the material. This often leads to academic dishonesty and cheating. Contrastingly, standards-based grading motivates students to delve deeper into material and seek more meaningful approaches to projects.

Another downfall of traditional grading is it moves the focus from  learning the material to getting a good grade. Research has shown that students are either “grade-orientated” or “learning-orientated,” depending on how their schools’ grading systems are structured.

“The research quite clearly shows that kids who are graded… tend to lose interest in the learning itself, avoid challenging tasks whenever possible (in order to maximize the chance of getting an A) and think less deeply than kids who aren’t graded,” said Alfie Kohn, author of Punished by Rewards and Schooling Beyond Measure, in an interview with the National Education Association.

Although some may argue that a report card including only single-letter grades is more easily understood and simplifies the admissions process for colleges, grading according to specified standards is a more descriptive and objective way to assess students’ abilities. While letter grades would not necessarily be eliminated, the additional descriptions of academic performance would help students to better understand how they can advance their knowledge. Furthermore, traditional report cards can be misleading because they combine both academic and non-academic factors (such as participation and assignments graded only for completion) into a single grade.

By implementing standards-based grading, schools can push students to comprehend all aspects of a certain course, and foster passion for academia.