Adderall: The pill for all of your problems? 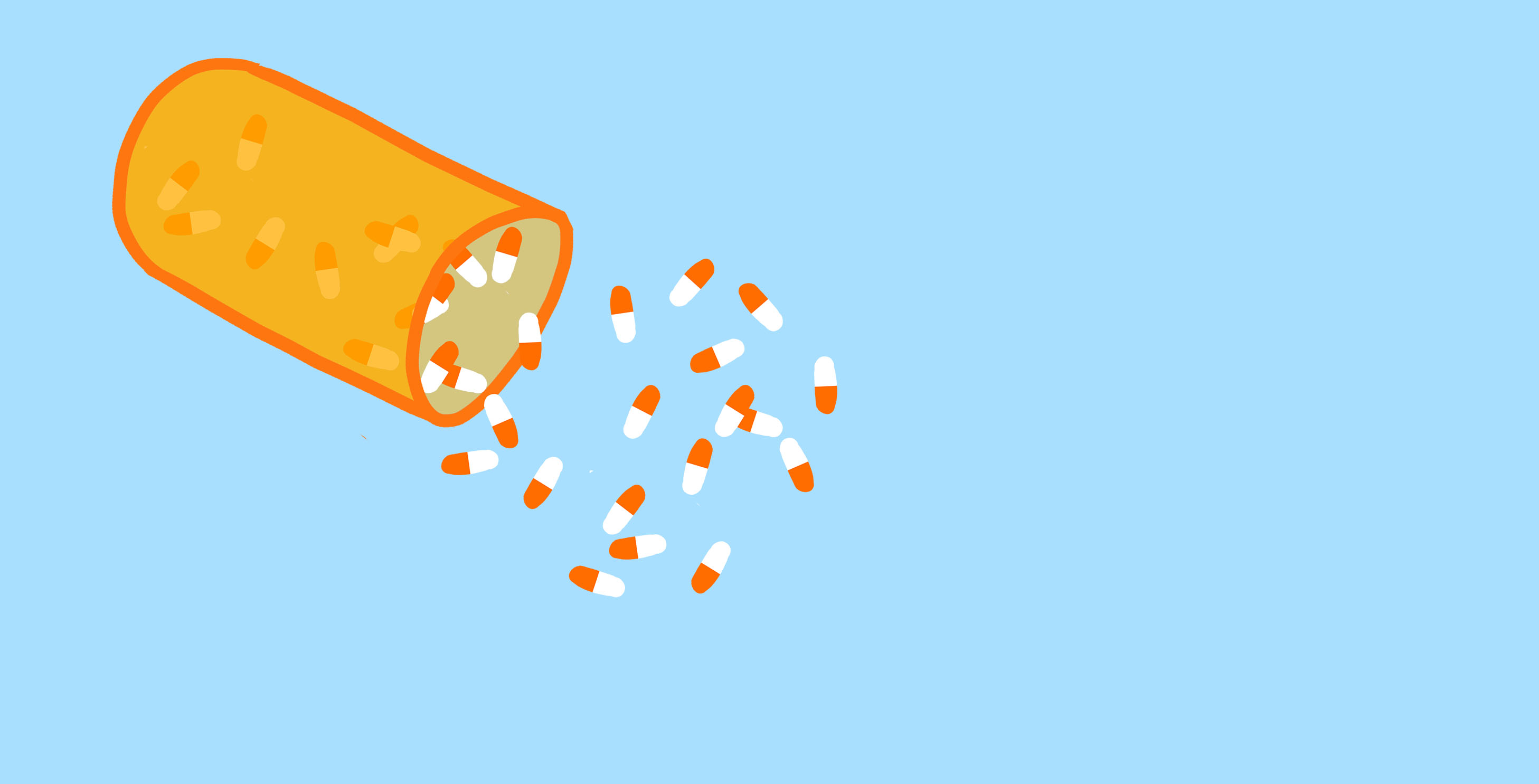 Nootropics, better known as “smart drugs,” are prescribed to patients with Attention Deficit Disorder or Attention Deficit Hyperactivity Disorder. However experts warn taking them is a not-so-smart choice.  Adderall, Ritalin and Phenibut, to name a few, can cause a long list of life-threatening side effects, ranging from anxiety and depression all the way to cardiac arrest.

According to addictioncenter.com, approximately 16 million prescriptions were written for Adderall in 2012 — triple the amount in 2008.

While the drug has many benefits to those with ADD and ADHD, nootropics can have a detrimental effects, creating a slew of cardiovascular issues, such as heart attacks and heart palpitations. Adderall is also extremely addictive and is easy to build up tolerance to.

Despite these unpleasant potential side effects, the drug is used recreationally by many students because Adderall can suppress appetite, increase focus, increase athletic performance and help users stay awake.

“The chemical composition of Adderall is amphetamine, [which] is no different than methamphetamine, a street drug like cocaine,” said emergency care physician Brant Blair. “[Nootropics] are all stimulants, so they have all the same side effects and addiction properties. We see these cases very frequently because methamphetamine is the top drug of abuse right now.”

Blair sees deadly cases of amphetamine overdoses on a daily basis, and cautions students not to abuse the drug in order to avoid these kinds of dangerous situations.

Nancy, whose name has been changed to protect her identity, is a Paly sophomore said she started taking Adderall around the middle of first semester this year. It started as something she was curious about, and after asking around, she was eventually able to find a person with a prescription who was willing to sell 200mg for $60.

She said she typically uses Adderall for small household tasks, such as cleaning and for studying so she can focus for extended periods of time.

Nancy said she also takes the drug for the mood boost and the huge jolt of energy that it gives her.

Nancy describes the feeling of Adderall as having a similar effect as taking high amounts of caffeine, including similar side effects such as  shaking and increased energy.

“When I take too much, I can feel a little bit overwhelmed, but I think I’m smarter now so I know what’s a good dosage,” she said. “So I don’t take as much.  Looking back I used to take such high dosages. It’s crazy I can’t believe I took so much.  Then I would experience a lot of body shaking, but now I have it under control.”

Besides having the typical side effects as shaking, Nancy also said her appetite is supressed.  On a typical day when taking Adderall, she said she will eat a small breakfast and will not eat anything else for the rest of the day until dinner.

“I guess I could see myself doing this for the rest of my time in school, because that’s when you need to work on the most focus oriented tasks to do.  It’s just something to aid me.  If I didn’t have it I would be okay, it just helps me out,” Nancy said.

Dr. Juanita Loftus a pediatrician from Kaiser said however,

“Taking a stimulant when it has not been prescribed is illegal. It is dangerous. A person taking this medication without a prescription may have underlying heart disease or other chronic medical conditions and he or she risks having deadly side effects: heart arrhythmias (which can cause death), seizure and psychotic events. Interaction with other medicines a person might be taking can lead to life threatening events.” Loftus said.

The chemical composition of Adderall is amphetamine,

[which] is no different than methamphetamine,

So far Nancy has not experienced too many negative side effects from the drug, and has not had a negative experience overall, but Nancy said there are external pressures that makes her everyday life  more difficult.

“Even though nothing bad [has happened], one of my friends reached out to the person that I was buying Adderall from and she told him, ‘[Nancy] is addicted. Do not sell her Adderall’.  Later I tried to talk to him, and he kept leaving me on ‘read’ (when someone reads a message but doesn’t respond) and I was very  confused,” Nancy said. “I got really mad at my friend for doing that because I felt like she was just going behind my back and I’m a big girl. I can take care of myself.  I ended up finding a new person to buy it from, and it ended up being cheaper. You know what they say, when one door closes, another one opens.  That’s the only thing that has happened that has created drama in my life, but that was a social thing, not about my body”

Nancy also said the negative reaction she typically gets when people find out about her use of Adderall upset her.

“ I feel like people shouldn’t treat this like such a big deal because I feel like there’s this whole [stigma] around it, because from my personal experience nothing bad has happened to me and when people freak out about it makes me irritated” Nancy said.

Again, Loftus said the medication is dangerous and can cause harm no matter how many precautions are taken.

“It is never safe to take Adderall or any medication like it without a prescription. A person who takes this medication must be under the care of a physician who is competent in diagnosing attention deficit disorder and who has prescribed it to that person and who will monitor that person and check them regularly at doctor office visits.” Loftus said.

There are guidelines when to use and not to use a stimulant medication, Loftus said.

Despite Nancy’s casual attitude towards taking the drug, she said it has made a great impact in her daily life.  It affects her sleeping patterns, and causes occasional shaking which can lead to a series of cardiovascular diseases which can be deadly. Nancy takes these side effects very lightly. In addition to this, Paly health technician Jennifer Kleckner advises students to avoid this medication at all costs.

“I would never recommend, or even suggest to anyone that they can safely use a psychoactive medication such as these without having been assessed, given a prescription appropriate for them given an honest reporting of symptoms, and being monitored,” Kleckner said. “Your mind is too precious. Don’t you think, to treat Adderall as though it’s nothing more than taking Tylenol, which by the way can also be misused with serious consequences.”

However despite the life threatening side effects of nootropics, they can also help many patients with ADD and ADHD.  Junior Elizabeth Rauner-Swann said she was diagnosed with ADD her freshman year and has been taking Adderall daily since.  Every morning, she said she takes a slow-acting pill to help her focus the whole school day and later takes a fast-acting pill to help her focus on extracurriculars and homework.

After receiving her diagnosis and prescription, she said she has seen a dramatic improvement in her grades and overall quality of life due to her ability to focus for extended periods of time.

Having dealt with ADD her entire life, she said she has acquired many skills to combat the disorder without any type of medication.

Dependence is a physiological thing whereas addiction is

Since starting on the medication she said she has noticed some changes and side effects.  For example, when taking the medication, she constantly feels an increased heart rate and has noticed her blood pressure increase.

“I did notice a big improvement at first, and I feel like over time I’ve gotten a little more used to the medication,” said Rauner-Swann.

“I definitely have gotten what some people would consider dependent on the medicine,” she said. “Like I don’t have to take it, but when I don’t I feel really drowsy and sleepy, and I am completely unable to concentrate, and I can’t do any homework or work. If I don’t take Adderall one day, it’s like the day is gone.”

With nootropics and stimulants such as Adderall and Ritalin becoming increasingly more common, it is important  for students to know what they can and can not handle when taking nootropics. This can be especially difficult when the nootropics are not prescribed.

“I think there is a difference between dependence and addiction,” Blair said. “Dependence is a physiological thing whereas addiction is psychological. Dependence is a physiological state where your body is so used to having that particular substance that it starts to have withdrawal symptoms if you don’t have it. Addiction is your behavior is such that you are neglecting important parts of your life in order to feed that dependence.”