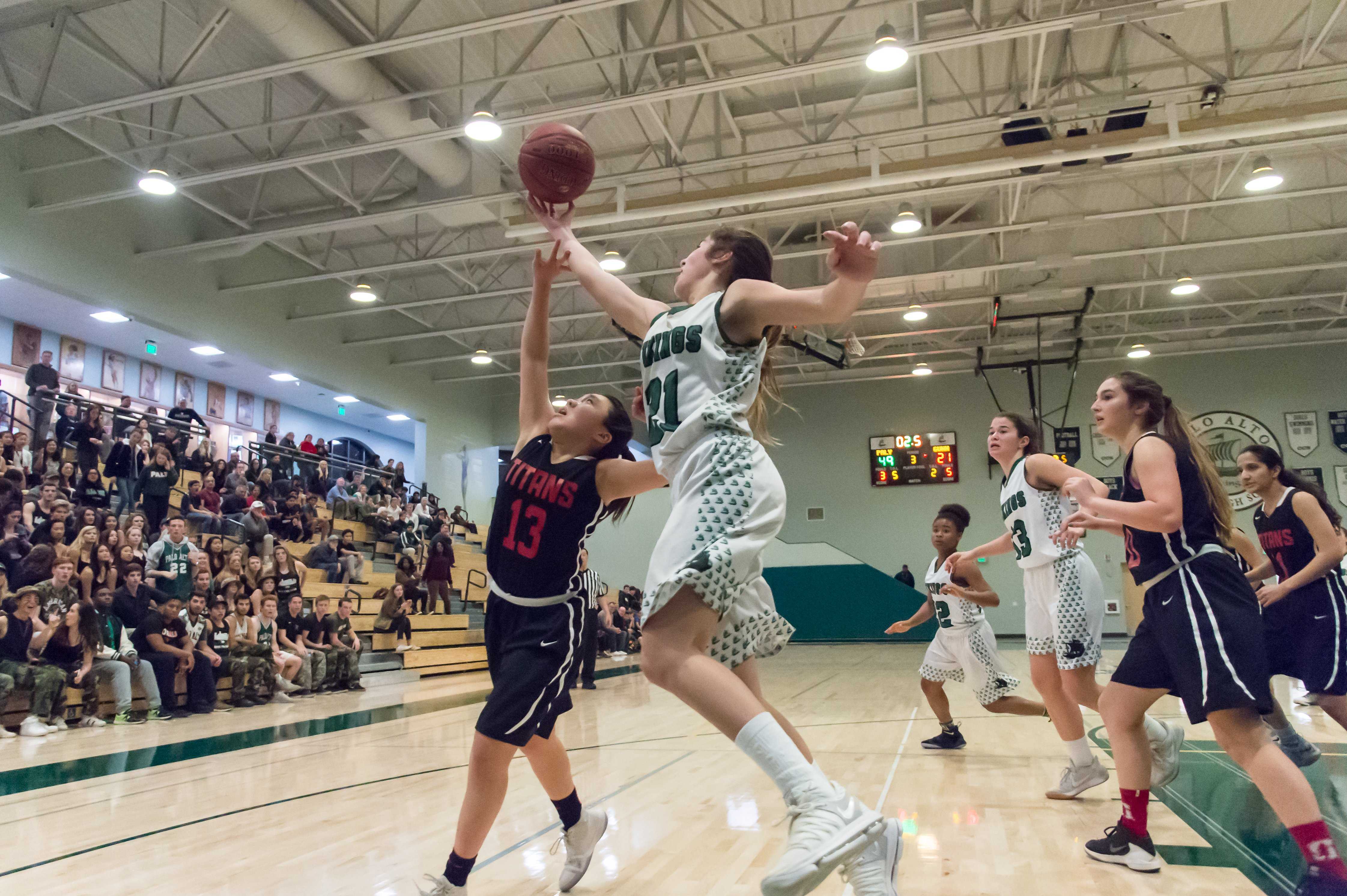 Photo by David Hickey/Used With Permission

Girls basketball basks in all the winter season’s big wins

With six consecutive victories against Santa Clara twice, Wilcox, Gunn, Los Gatos and Mountain View to close out the first half of the De Anza League season, the girls basketball team (13-5, 7-0) is on a roll and atop the standings.

“I think the team is really starting to play well together through knowing how everyone plays and their strengths and weaknesses and trusting each other,” Daniels said.

With its undefeated start in league, the Vikings have set themselves up to win the league and earn a trip to the California Interscholastic Federation Northern California State Championship (NorCal states), a very prominent goal set at the beginning of the season.

According to Daniels, the team must continue to maintain a high level of play in order to extend the winning streak.

“We hope to continue the streak as we go into the second half of league. We will need to bring all that we have to each game because the other teams know how we play now and they will probably adjust their game plans accordingly. We need to keep being aggressive and physical and go into the second half of league like we are 0-0 in order to continue winning.”

One player key to the team’s success is senior guard and team captain Carly Leong.

Leong said the team has a target on its backs and needs to stay ready to continue racking up wins.

“[We can continue the streak] by working hard every day in practice and being ready for teams because they are going to give us their best game every single time,” Leong said.

In the Jan. 9 win against Santa Clara, Leong reached 1,000 career points at Paly. Leong was appreciative of her current and past teammates helping her reach the milestone.

The girls kicked off the second half of league with another win against Santa Clara on Jan. 30. The Vikings won convincingly, 47-29. Daniels identified strong defense as a driving factor for the win.

“I think our defense helped us pull out the win and really helped us even when we were not that calm on offense,” Daniels said.

The Vikings take on Wilcox this Friday at 6:15 p.m. in the Peery Center.

Daniels said, “We need to work really hard in practice on Wednesday and Thursday in order to prepare to play Wilcox on Friday because that is going to be a really tough game.”