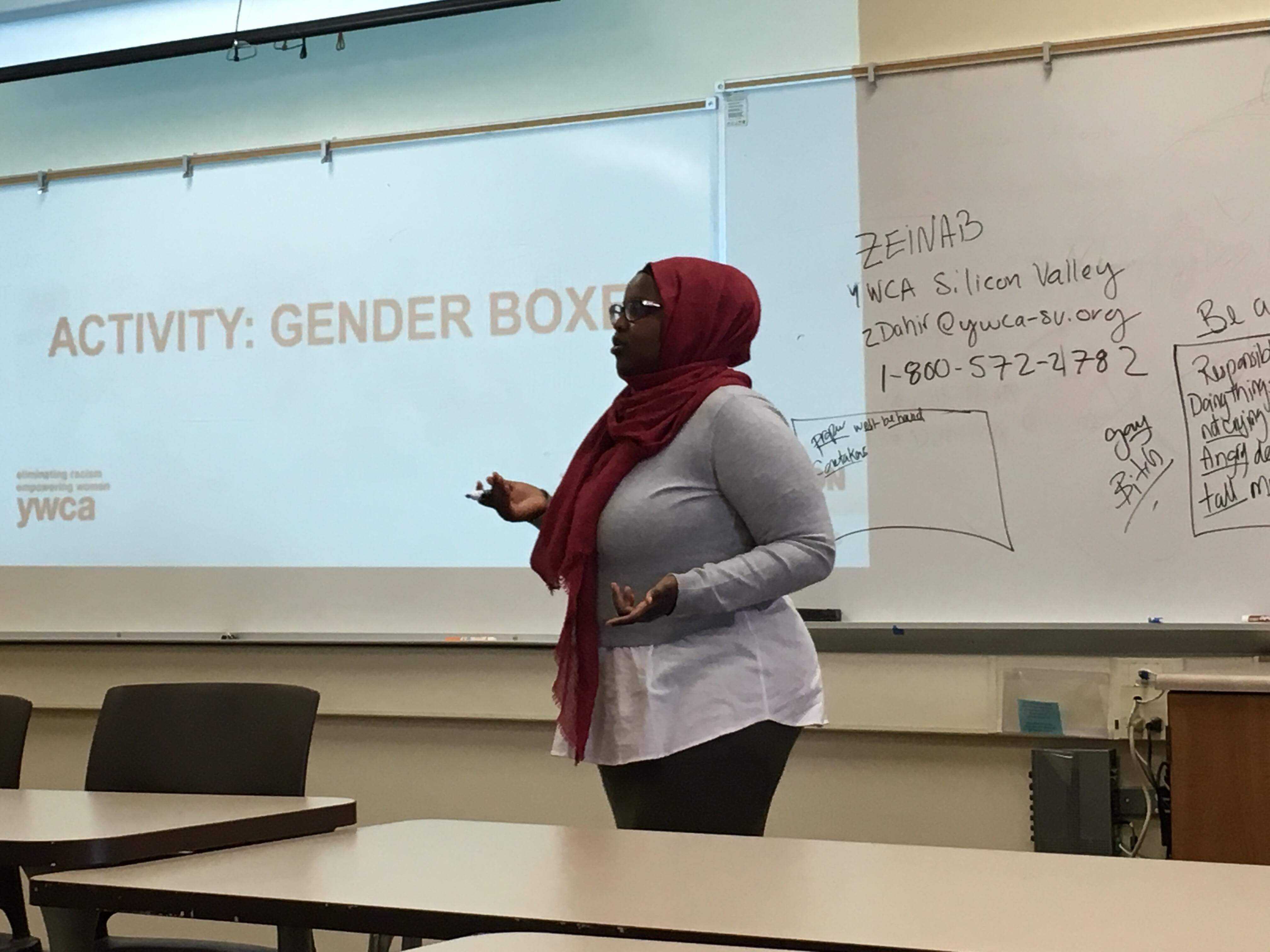 In the wake of several sexual misconduct incidents, the Wellness Center has unveiled the Teen Empowerment Program, a new initiative headed by the Young Women’s Christian Association (YWCA) to address issues such as sexual assault and consent.

The program takes place on Tuesdays during Flex in room 404, covering a variety of topics such as the signs of healthy and unhealthy relationships, consent, dating violence, sexual misconduct and upstander interventions. Three sessions took place on Jan. 16, Jan. 23 and Jan. 30 and the next one will occur on Feb. 20.

“I think it is super cool that [YWCA] is trying to spread the word about sexual misconduct and assault, because people need to be educated on how many people it effects. I also think that more people should join because it’s an important topic that is good to educate yourself on.”

“I think the program is very useful, and I think it’s very empowering,” Lu said. “But I also think there should have been more people here. We only had two males come, and I think we should have more representation, especially across races too.”

According to Michelle Tran, a Prevention Educator at the YWCA Silicon Valley who teaches the workshop at Paly, one out of two women and one out of six men experience some form of non-consensual sexual contact in their lives.

“I believe the TEP will reduce the numbers of sexual assault [and] increase the amount of healthy relationships and relationship dynamics [that] folks can have with each other. I think it’s something that will impact them for the rest of their lives.”

This new initiative reflects an increased awareness of sexual assault prevention following a series of recent cases of sexual misconduct within Palo Alto Unified School District, the most recent of such cases surfacing last month. The case involved a part-time music teacher at Paly accused of “inappropriate touching” of a minor attending school in Sunnyvale.

In October of 2016, the conviction of a Paly student of sexual misconduct prompted immediate concern within the community, drawing more attention to the issue and a thorough revision of the District’s sexual harassment policy, BP5145.7.

The Board Policy Review Committee is currently working to align the District’s policies with Office of Civil Rights guidelines as part of a resolution agreement concluding the OCR Title IX investigation into the District’s handling of the case.

Furthermore, the issue of sexual misconduct has also been brought to attention in several industries such as business, politics, sports and cinema.

Additionally, upstander movements such as #MeToo and #TimesUp, both of which aim to raise awareness about sexual misconduct in the workplace and to help victims of sexual assault, have continued to garner support and attention from the public, as well as make headlines months after the movements began.