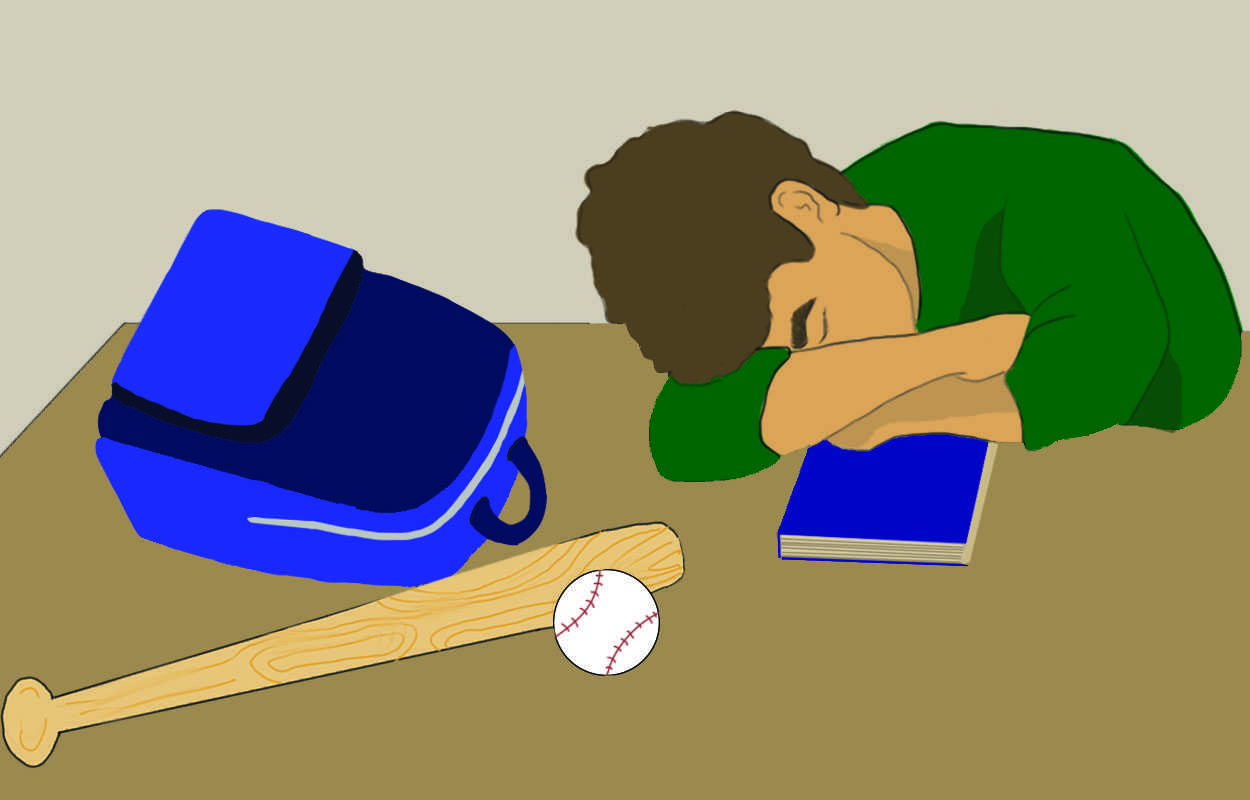 In the movie “Remember the Titans,” Herman Boone, played by Denzel Washington, is hired to be T.C. Williams High School’s football coach over a white coach, Bill Yoast. The film is set in 1971, shortly after the school had been racially integrated.

Most of the team did not like Boone’s harsh style. He would not allow the players to have water breaks, made them run miles for completing drills incorrectly and would not relent until his players were bent over vomiting. Not a single member of the Titans spoke up until assistant coach Bill Yoast uttered the words,“There’s a fine line between tough and crazy, and you’re flirting with it.”

This line has been crossed by many coaches and even parents. When a Little Leaguer’s dad yells at another kid on the team, other parents are quick to point out his wrongdoing. Where it becomes more complicated is in high school sports. Not only are there fewer restrictions on what coaches can do or say, but parents are not always around to call out a coach crossing the line, especially during practices. At Palo Alto High School, there have not been cases of coach abuse, but tough workouts are far more common.

For example, before the basketball season commences every year, the team has conditioning after school. Junior Marvin Zou has been through these routines, and is familiar with what occurs at these sessions.

“We start conditioning really early, around October,” Zou said. “We had sessions on Mondays and Fridays for usually an hour and 15 minutes.”

At these sessions, the team would be informed of the workout they were expected to complete and start running, according to Zou.

Another sport with intense preseason workouts is football. Although players do run in the offseason, most of the workout time is spent by lifting in the weight room. Additionally, in the summer, the team takes part in the passing league, a noncontact way to play football.

“We had workouts in the summer and had passing league, which is seven versus seven football without pads,” said junior Wes Walters.

Nonetheless, one of the harder workouts is a sport that people might not suspect: baseball. Each weekday, there is morning conditioning starting at 7 a.m. This session takes place in the small gym of the Peery Center, and usually consists of push ups, sit ups, sprints and a 10-minute run without a break.

“We ran a bunch of suicides, and by the fourth one, a person starting throwing up,” said junior Julian Martinez. “About half of the people started throwing up near the end.”

On this brutal first day, Martinez said he woke up at about 5:50 a.m. and arrived at the gym at 6:50 a.m. After the suicides, the team started the 10-minute run. At this point, Martinez started to feel light-headed.

“Towards the end coach said ‘one minute left.’ Two minutes later he says ‘fifty seconds.’ That’s when I felt nauseous, and I started to go towards the trash can. A teammate behind me yelled, ‘Keep going. Don’t stop,’ so I did, and a few steps later, I threw up on the floor in the small gym and all over my shoes.”

After this unfortunate event, Martinez went home to change shoes and ended up falling asleep and missing two classes. In addition to the morning workout, the team also has conditioning after school, which is generally even more serious. On the same first day, the team had a workout called the fitness test.

These morning practices have decreased Martinez’s and many other players’ hours of sleep per night.

“Now that I have to wake up around 6 a.m., I am getting less sleep, which makes it harder to focus in school.”

Since juniors and seniors are already staying up late finishing assignments, waking up an hour or two hours earlier can be unhealthy for both their mental and physical health.

According to Michael Breus, a clinical psychologist and sleep specialist, “In the teen years, when development continues … the sleep deprivation effects of brain and body development are significant.”

Although these workouts may seem hard, a common agreement, according to most of the players interviewed, is the success of the workouts. Last year, the varsity team finished the regular season in first place. Then, in Central Coast Section (CCS), they lost the first round to Mitty High School.

The team’s main goal is to prevent another devastating loss from happening again this season. If these harsh workouts are going to help the team succeed in the season, then some players, like junior Kyle Mostofizadeh, say they are worth it.

“The conditioning is a whole other level this year and it’s a good thing,” Mostofizadeh said. “We are animals and we’re not here to take part. We are here to take over. If we got guys throwing up, that’s a really good thing. That’s the poison leaving our bodies.”

Additionally, returning junior baseball player Josh Kasevich said the workouts are “very helpful” in getting the team in shape for the season.

“When I was head coach, I started the morning workouts back in 2003,” Columbo said. “That’s when we started playing much better. The main thing is that we are trying to do a little more than any other team is doing. That’s how we earn the right to do something special.”

In addition to merely conditioning, the workouts “bring the team together and create a bond between the players,” Columbo said.

Due to the amount of players throwing up at the morning workouts, Columbo said he might need to make the conditioning easier.

“I went a little too hard the first time,” Columbo said. “My wife is a personal trainer and she told me, ‘It’s not OK if they’re throwing up, Pete. I had to take the foot off the pedal a little bit and ease up.”