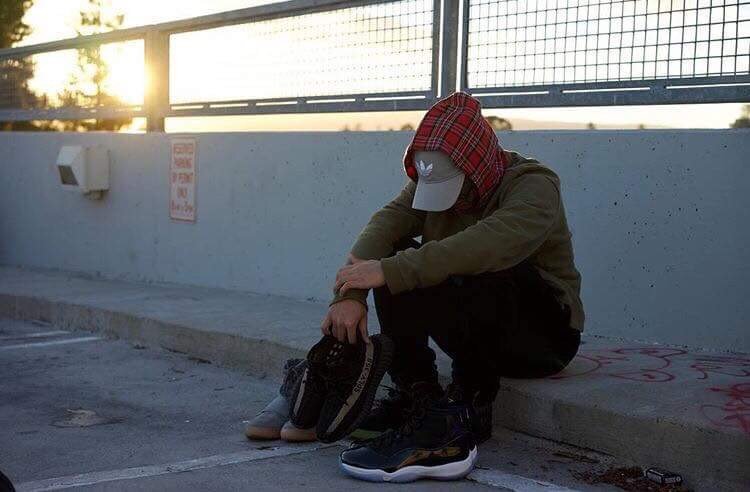 Whether you’re scrolling through your social media feed or strolling down the street, there is no missing the latest eye-catching attire. For generations, streetwear has shaped pop culture and been one of the best ways for the youth to express themselves.

Many students at Palo Alto High School have embraced the latest trends of wearing, collecting and selling rare and expensive streetwear, which have come to be known as “hypebeasts.”

Junior Nick Le, who has developed a passion for “hypebeast culture” ever since he was in eighth grade, said the connotation of “hypebeast” has evolved over time.

“Believe it or not, when I first started getting into sneakers and streetwear, being labeled a hypebeast was a bad thing. It meant someone that lacked their own sense of style and only wore things because of the hype around it. But now I see the term being thrown everywhere and it’s becoming positive.”

But why are these brands gaining such a following? Unlike mall type brands that follow a traditional retail model, these elite streetwear companies differentiate themselves by only selling a limited supply of their apparel, making it difficult to acquire such entities, thus artificially driving up prices and demand.

For example, the Adidas Yeezy Boost — a hypebeast brand and collaboration sneaker by hip hop artist Kanye West and Adidas — is a fashionable commodity dropped in different colors each time it’s released. Every batch consists of a limited supply of shoes, typically anywhere between around 4,000-30,000 pairs that can be bought online on a first come, first served basis.

The Boost, like many hypebeast brands, is in high demand not only due to its alluring appearance, but also because of its resale value. The resale value on Yeezys can range from $450-1,200. Retailing at $200, waking up early in the morning is no big deal for collectors to prepare against thousands of customers who also hope to score a pair.

“The night before they [release], I make sure I have all the billing and credit card information filled out so that no time is wasted and bots can’t beat me. In the morning, I also have Twitter open to get the most recent information from big websites while I sit and refresh.”

In general, while people try to cultivate their personal sense of style, most are impacted by popular hip-hop artists and athletes affiliated with a certain brand. Much of the recent success from popular brands of the streetwear industry belongs to celebrities such as Kendrick Lamar, Kanye West and J.R. Smith, who recently wore a Supreme arm sleeve in a National Basketball Association  game. These celebrities who encourage the flourishing culture of streetwear also push urban youth to follow the trends they set, increasing the popularity of hypebeast brands. Before celebrity endorsements propelled Supreme into the mainstream, the brand’s target audience was skaters. Now, the company has collaborated with Louis Vuitton and is rocked by celebrities, from Paris Hilton to A$AP Rocky.

“We see this so prevalent today with people like Kanye, Virgil Abloh, Jerry Lorenzo where almost everything they associate with will instantly become a big deal,” Le said.

One of the main challenges hypebeast consumers face is refreshing websites fast enough to purchase the items they crave.    Since the competition is high, computer softwares known as “bots” automatically purchase the limited merchandise as quickly as possible to help beat users who attempt to manually buy merchandise.

With the help of so many celebrities pushing the hypebeast culture, many people have been able to turn it into a way of life, flipping merchandise for a higher price and doing business with peers or local traders.

“Paly has definitely evolved a lot since the hypebeast craze started spreading last year. Around one-third of the people I see at Paly either wears or has sold expensive brands such as Off-White, Vlone, Adidas Yeezys or a fan favorite, Supreme.”

At the end of the day, fashion trends come and go, but the spirit behind the hypebeast movement seems to be here to stay.