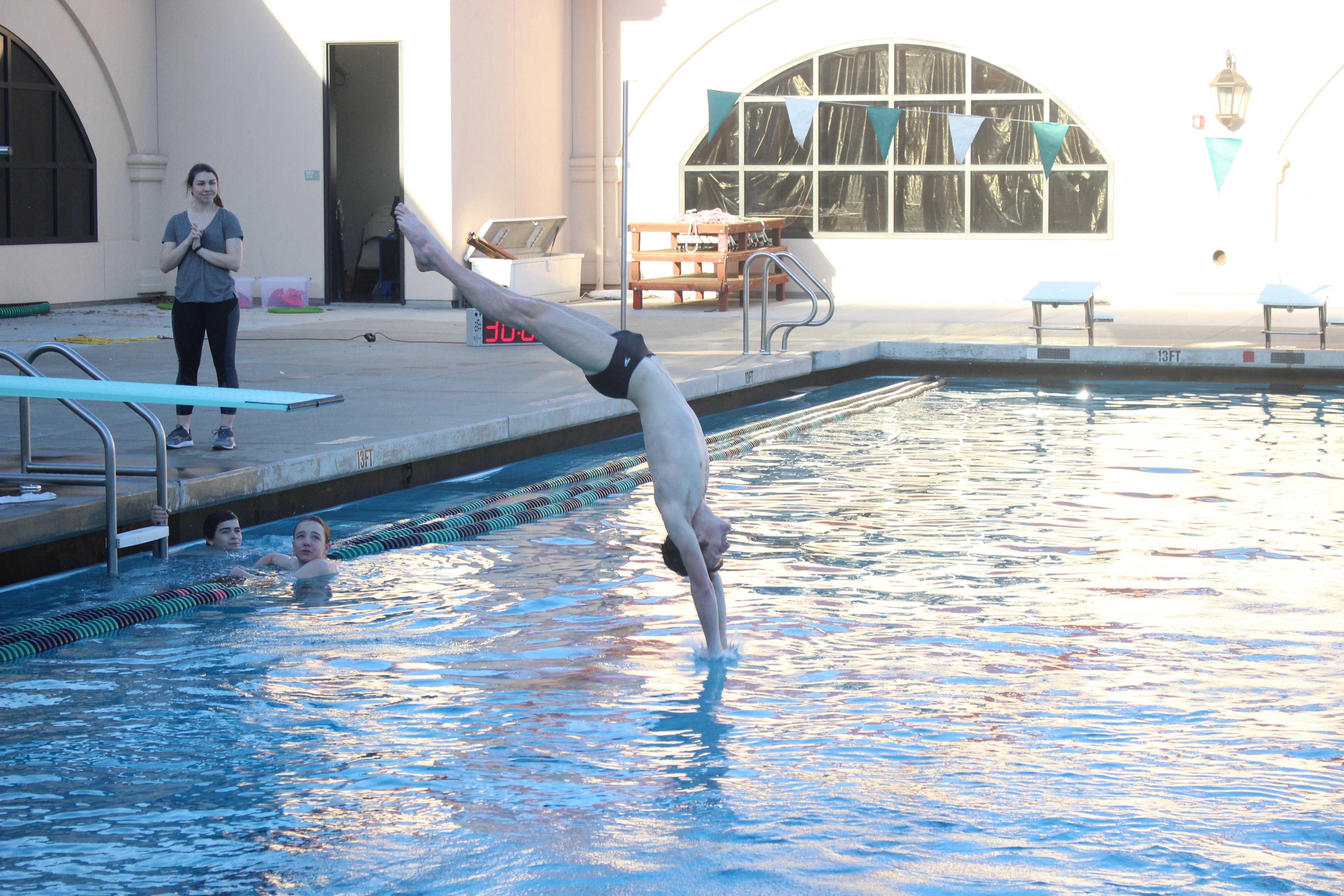 Junior Andrew Shih enters the ice rink with his fellow teammates, prepared to skate at the prestigious gala performance. Suddenly, during the performance, Shih falls out of his double toe loop. Luckily, his counterpart falls simultaneously, and both skaters laugh at their synchronized mistake. Even with this minor error in the routine, Shih has no doubt that his other teammates will have his back.

“My teammate was there to support me and make the best out of such a bad situation,” Shih said.

Shih is one of the many people who prefers team sports over individual sports.

“When you have a lot of people around you working towards the same goal, it’s like a motivator. [In] a team sport you always have a safety net to fall onto and you learn a lot more about cooperating.”

Those who participate in individual sports will find that they have retained completely different knowledge than those who are members of a team.

“I like the team aspect of soccer, as opposed to tennis and gymnastics,” said varsity soccer team senior captain Emily Tomz. “In team sports, you rally around each other, so it’s easier to have this morale.”

According to Tomz, another benefit to a team sport is the support from others, which raises self-confidence.

“You don’t always have to be constantly boosting yourself up — you have others to help you with that,” Tomz said.

However, participants of team sports also have an additional sense of responsibility to teammates.

“I put a lot of pressure on myself to perform well and help the team win,” Tomz said.

In contrast, junior diver Jack Callaghan joined diving after realizing he did not enjoy team sports due to the possibility of letting teammates down, resulting in disappointment from not only himself, but from his whole team.

“With diving, since it’s individual, it’s really relaxing when you’re practicing, and you don’t have to deal with other people,” Callaghan said. “If I don’t do well in a meet, it’s fine because I’m not necessarily letting down the team as a whole, I’m only letting down myself.”

Paly diving coach Emma Miller has experience in gymnastics, diving, volleyball and soccer. After growing up playing many sports, Miller said she prefers independent sports because there is still a team aspect involved. Additionally, success is completely self-reliant and failure does not bring down the whole team.

“My biggest issue on team sports is that you don’t want to be the worst on the team,” Miller said. “In individual sports, you’re competing against your best score or your personal best, and you’re always trying to improve.”

According to Miller, life lessons are included in all sports but those incorporated in individual sports are extremely valuable.

Junior Lucia Amieva-Wang is also familiar with individual sports and, as a gymnast and rock climber, has never been a part of a sports team.

“Rock climbing is way more independent, and it’s more laid back, so if you want to get good you have to take the initiative,” Amieva-Wang said. “In gymnastics, you have no choice [but to do] what your coach says, so I like rock climbing because it makes you want to work hard instead of just having to work hard.”

According to Amieva-Wang, in gymnastics, the competitors score points for the team, rather than working together with teammates in order to win as a team, which causes all of the pressure to fall on one individual.

Junior track and cross country participant Henry Saul also participates in an individual sport that involves teammates. According to Saul, the atmosphere at track practices and events is what makes running and racing so enjoyable.

“I actually really like training with other people,” Saul said. “It takes a certain type of person to be a runner and those people are really fun to be around.”

While there is technically a team the distance runners are competing for, Saul said he considers track an individual sport.

“Individual sports are a lot more stressful because you can’t really blame someone else, and if you don’t do well, it’s your fault,” Saul said. “How your race goes depends on you and how hard you work.”