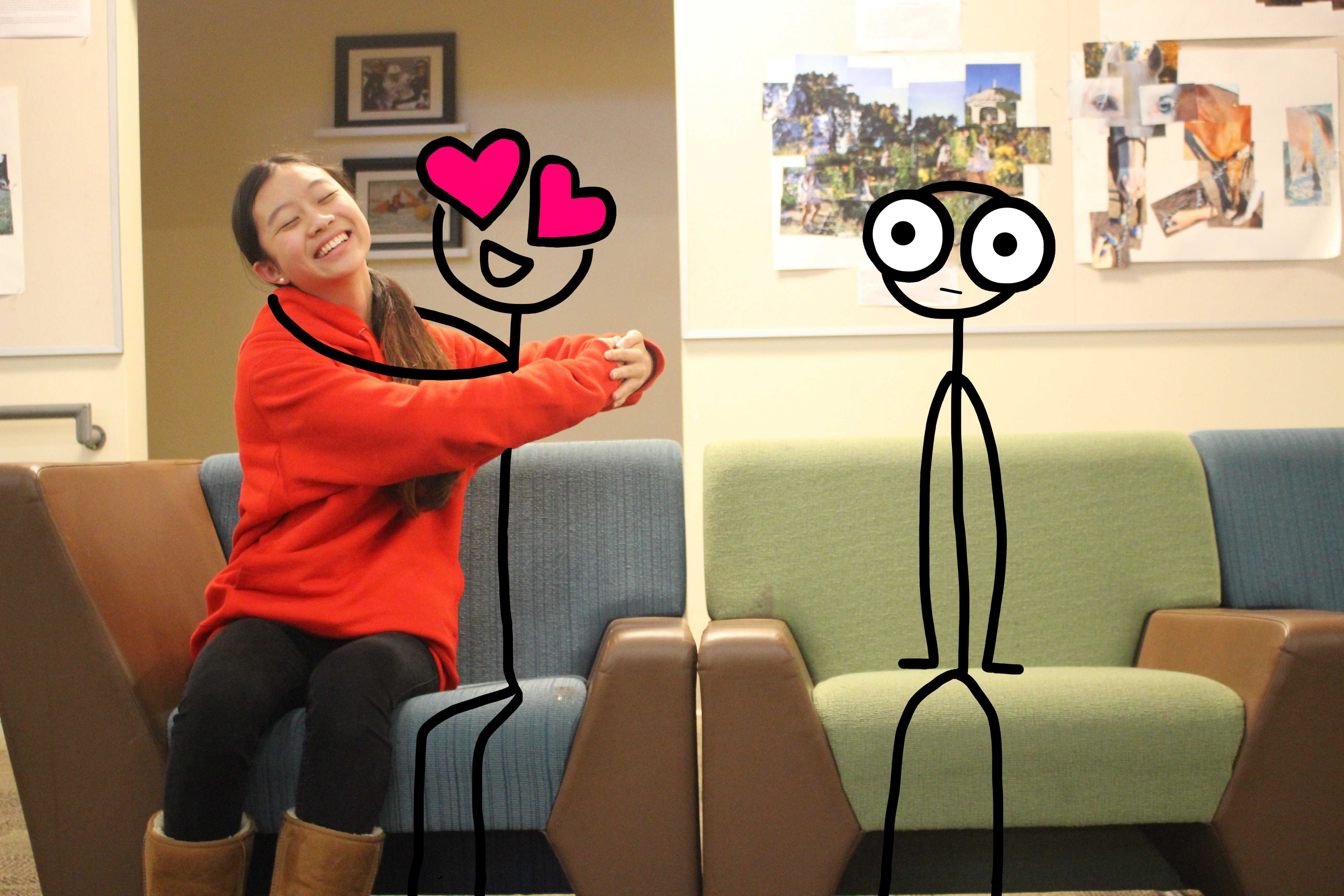 he wall. The divider between the movie theater seats. The border of the friend zone. The question is, which side are you on?

Are you the one sitting next to the stranger at the movies? The middle-aged man with a walrus mustache on the left or the chatty 9-year-old girl who won’t. Stop. Talking. To. You?

With your friends on the right and unsurpassable armrests stacked with a melted, lukewarm blue raspberry ICEE and artificially flavored popcorn between you? Do you then see your friends (who you really suspect are much more than friends) can lift up the armrest between them but yours just. Won’t. Budge? (Although you probably wouldn’t want to let loose the crumbs and grime and who-knows-what stuffed in the crack of the armrest, anyways.)

And then you realize. The truth. The blessing. The curse. YOU … are the third wheel.

A great number of Paly students have been to the Century Cinemas 16 movie theater at Shoreline Boulevard in Mountain View. Many have gone in groups of three. Some, a couple and a friend. The couple probably awes at the plush, reclining “luxury loungers” (with extendable footrests!).

The friend, on the other hand, stares down the double, unliftable armrests planted between each pair of lounger chairs, preparing for what could be one of the most awkward, lonely experiences of their life, or one of the most hilarious, enjoyable experiences of stealing their friend from their significant other.

Of course, the third-wheeling culture does come with burdens, especially when one is literally blocked off by a bulky armrest.

“I think third-wheeling in these chairs would make me feel separate from my friends,” said third wheel and sophomore Emma Jiang. “I [wouldn’t] get to talk to my friends as much, and I want to be uncomfortably close to them at all times because they’re my friends.”

It’s not so great for the people putting up with the third wheel either.

“It feels uncomfortable, like they’re interrupting a special moment,” said third-wheelee and senior Shota Yamamoto. “You also feel like you have to spend time talking to the third wheel as well at times. I’d much rather prefer not being third-wheeled though, to be honest. I’d much rather just spend time with my significant other alone.”

After all, “It’s enjoyable at times because my significant other seems to enjoy having her friends around when I’m with her too,” Yamamoto said. And no. An armrest isn’t going to ruin Jiang’s third-wheeling experience either­ ­— screw the armrest.

With a smirk and the dedication of a true, professional third wheel, Jiang said, “I get to spend time with my friend– even if I make their boyfriend uncomfortable.”