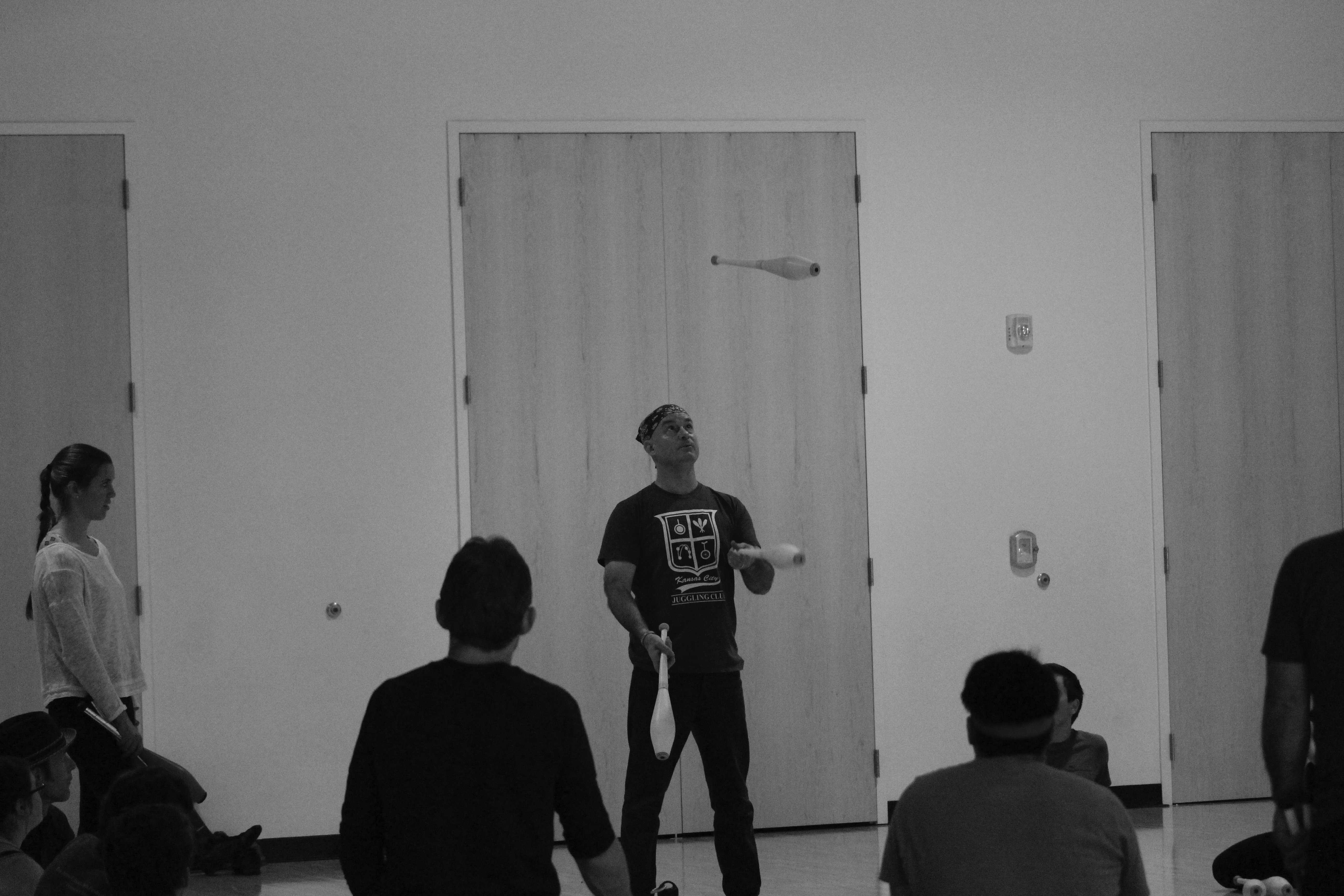 ‘Game of Throws’ unites jugglers from around the world

Through Jan. 26-28, the inaugural Game of Throws drew in over 100 attendees with people coming in from around the world from places such as Brazil, France and Hawaii.

“The goal [of this event] is to take all these guests we have who love juggling and share their expertise and their passions with the Palo Alto [juggling] community.” Hall said.

“The scene is definitely bigger here, but I think that’s just because there’s a lot more people,” said Eli March, founder and co-producer of Circus Luminescence. Hailing from Portland, Ore., March is thrilled to be here. “We love juggling festivals, we have a lot of friends here and it’s just a very vibrant, friendly, creative community. This is the only one in January that I know of, so we’re stoked to be here. It was well worth the journey.”

The festival offers workshops and classes that taught various juggling skills such as spins.

“Every person you are going to see tonight on stage of the twelve acts at least four of them I’ve trained to one degree or another.” Hall said. “I wanted the show to be encyclopedic; I wanted the show to teach the community what the art looks like now in every prop; in every discipline. Every act tonight is a different discipline, different prop, and the person doing it is one of the best in the world at that prop.”

There are high hopes for Game of Throws. Both Hall and March hope to inspire a new generation of jugglers through this festival.

“I see this having a lot of potential to keep growing. [Juggling] changed my life for the better, and I think it has that potential for everyone, especially children. It’s beautiful in a lot of ways, in that it’s athletic and builds skill and confidence but in a way is not competitive.”

By extending invites to multiple communities and age groups, Hall hopes to grow the juggling community and to imprint the hobby into the youth.

“Who’s gonna be the next world champion?” Hall said. “They’re in this room. What you receive as a gift, give as a gift.”

By creating Game of Throws, Hall hopes to pass on his interest and passion for juggling onto the next generation of jugglers, so that they can experience the same amazing journey he has.