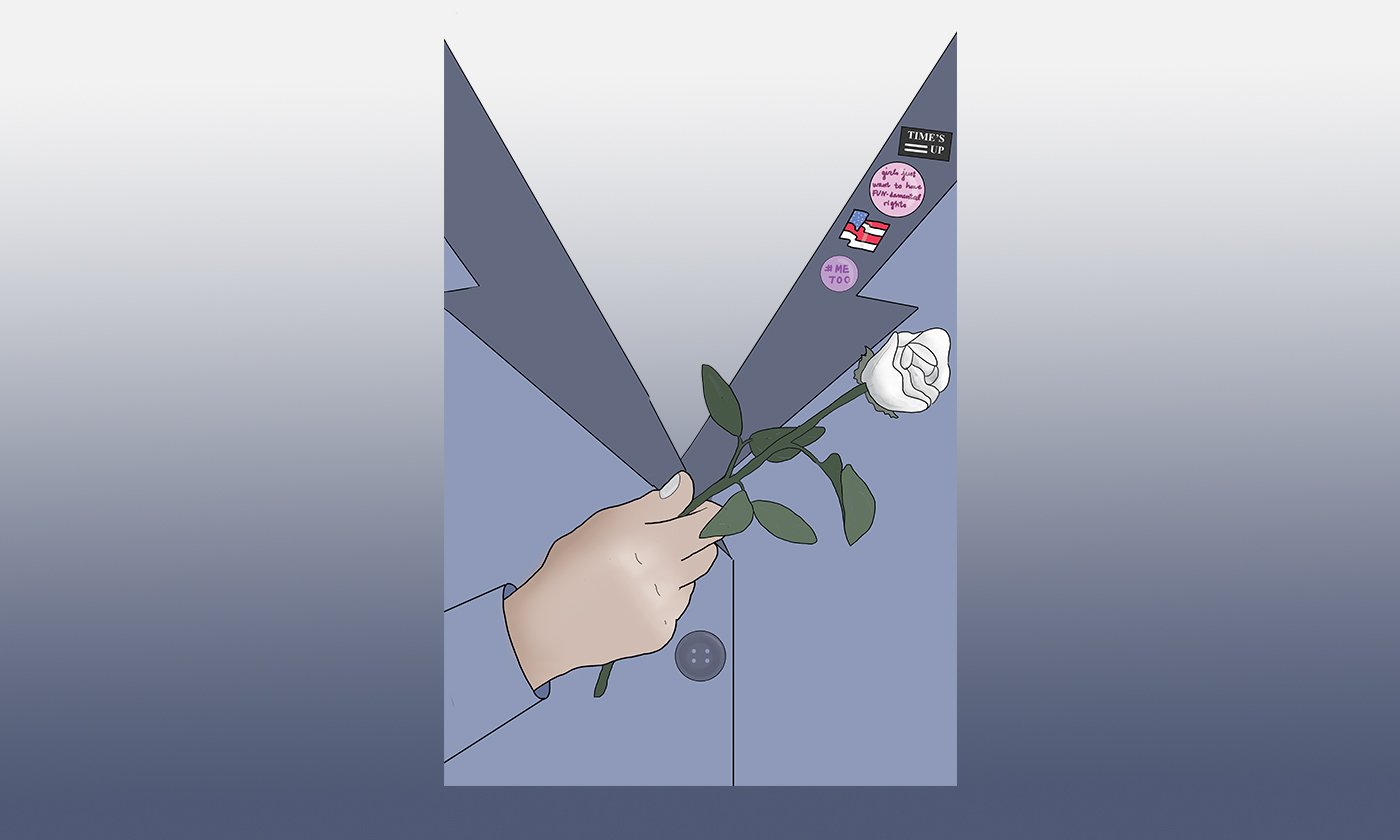 Passion for political fashion: How politics impact the world of fashion and call for social change

t first glance, fashion and politics are two topics that don’t seem to go hand-in-hand. However, fashion has been used throughout history to make bold political statements. From bloomers in the 1850s to flapper dresses in the 1920s to modern “feminist” T-shirts, politics have become deeply ingrained in the way we dress.

While political fashion has been around for a while, it has become even more prevalent following the 2016 election.

Designer Prabal Gurung, for instance, ended his fashion show during 2017 New York Fashion Week with a line of models wearing -shirts with a variety of political and activist phrases, including “Girls Just Want To Have Fundamental Rights” (based on the Cyndi Lauper song “Girls Just Want to Have Fun”) and “We Will Not Be Silenced.” During the 2016 presidential campaign, Donald Trump’s “Make America Great Again” baseball caps were immensely popular among supporters.

Hillary Clinton’s signature pantsuit also expressed a symbolic political statement. It showed she was just as competent as a male candidate. By wearing a pantsuit, Clinton also hoped to direct questions away from what she was wearing and focus them on what she was saying. It also took attention away from her more traditionally “feminine” characteristics so she was seen equal to her opponents. Throughout her campaign, she largely wore white as well, a nod to suffragists, as white was one of the official colors of the women’s movement in the 1910s.

“Fashion has always been a tool for social change,” said Wati Grossman, the CEO and head designer of Wati Design, a clothing company. “The fashion industry produces clothes and accessories that lead to the expression of one’s chosen self identity … you define yourself through the way that you dress and present yourself to the world.”

Additionally, outfits such as the pink hats many wore during the 2017 and 2018 Women’s Marches, the all-black ensembles worn at the 2018 Golden Globes in support of the #TimesUp movement and the white roses worn at the 2018 Grammy Awards have been a key part of larger protests.

Even stores like Urban Outfitters now carry shirts with slogans that proclaim “Feminist” or “Nasty Woman.”
Grossman has created her own political T-shirts with her daughter, Talia.

“It’s something we wanted to do as a mother-daughter thing,” Grossman said. “Talia does the graphics. We agree on the message and I handle the manufacturing.”

The shirts include sayings such as “Nevertheless, She Persisted,” “My People Are Immigrants” and “Climate Change is Real.” Donations to the ACLU are made for every purchase of a shirt.

“Certainly in our Silicon Valley area, [the statements] really resonated, and still do,” Grossman said.
Designers have also taken a political stance outside of just their clothing. Maria Grazia, the first female creative director at Christian Dior, created T-shirts proclaiming “We Should All Be Feminists,” a line taken from the book by Chimamanda Ngozi Adichie of the same name.

In 2017, Grazia received the Swarovski Award for Positive Change for her work. She has also published a feminist reading list and advocates people to engage in politics.

Many fashion-based publications have begun promoting activism as well. Teen Vogue is just one example of a magazine originally based on fashion and beauty until Editor-in-Chief Elaine Welteroth decided her readers needed to be more educated and engaged in the world of politics.

Now, the magazine has gained recognition for their political pieces, and is known for encouraging diversity by including models, contributors and features of a variety of races, body types and sexualities.

According to Welteroth, their online following has grown from 2 million to 12 million in the last two years.
Other fashion publications like W Magazine and Vogue have also taken a more active political stance since the election.

Movements to combat the hypersexualization of women in the world of fashion have been frequent in recent months as well. CVS Beauty, Aerie and other companies have pledged to not use Photoshop on their models’ faces or bodies. In France, any commercial photo in which the “body of the model has been modified … to either slim or flesh out her figure” must now have a “photographie retouchée” (retouched photo) label.

Political protests via fashion have also been taken onto the red carpet. Seeing what the stars are wearing is a highlight for many during the awards season. However, recent feelings towards the red carpet are not as enthusiastic.

Typically, female celebrities are only asked about what they’re wearing on the red carpet.

But women don’t want to be seen simply for their clothes or their body; they want to be asked deeper questions about the work they’ve been nominated for or their future projects.

As a result, reporters are being urged to ask women deeper questions. Some viewers have stopped watching red carpet events all together.

“Many people are distinctly interested in red carpet looks so the question is sometimes asked just for advertising purposes,” said junior Alicia Kao. “However, that’s a question that can be answered by a single word at a film premiere or awards show … I do not think it is inappropriate to ask a woman who they’re wearing as long as that’s not the only topic, because that just makes the audience perceive that the only worthy thing to note about women is their fashion choice.”

Throughout the years, fashion has remained a popular way to showcase political views. Clothes are an extension of oneself, how they present themself to the world and a reflection of the current culture.
It’s no wonder, then, that the lines between fashion and politics have become increasingly blurred. Regardless of differing political views, fashion continues to be a medium that unites everyone.

“Thanks to fashion, this idea of being a young feminist is actually cool,” Grossman said. “Fashion is a catalyst for change… if you’re interested in fashion, you should be interested in politics.”