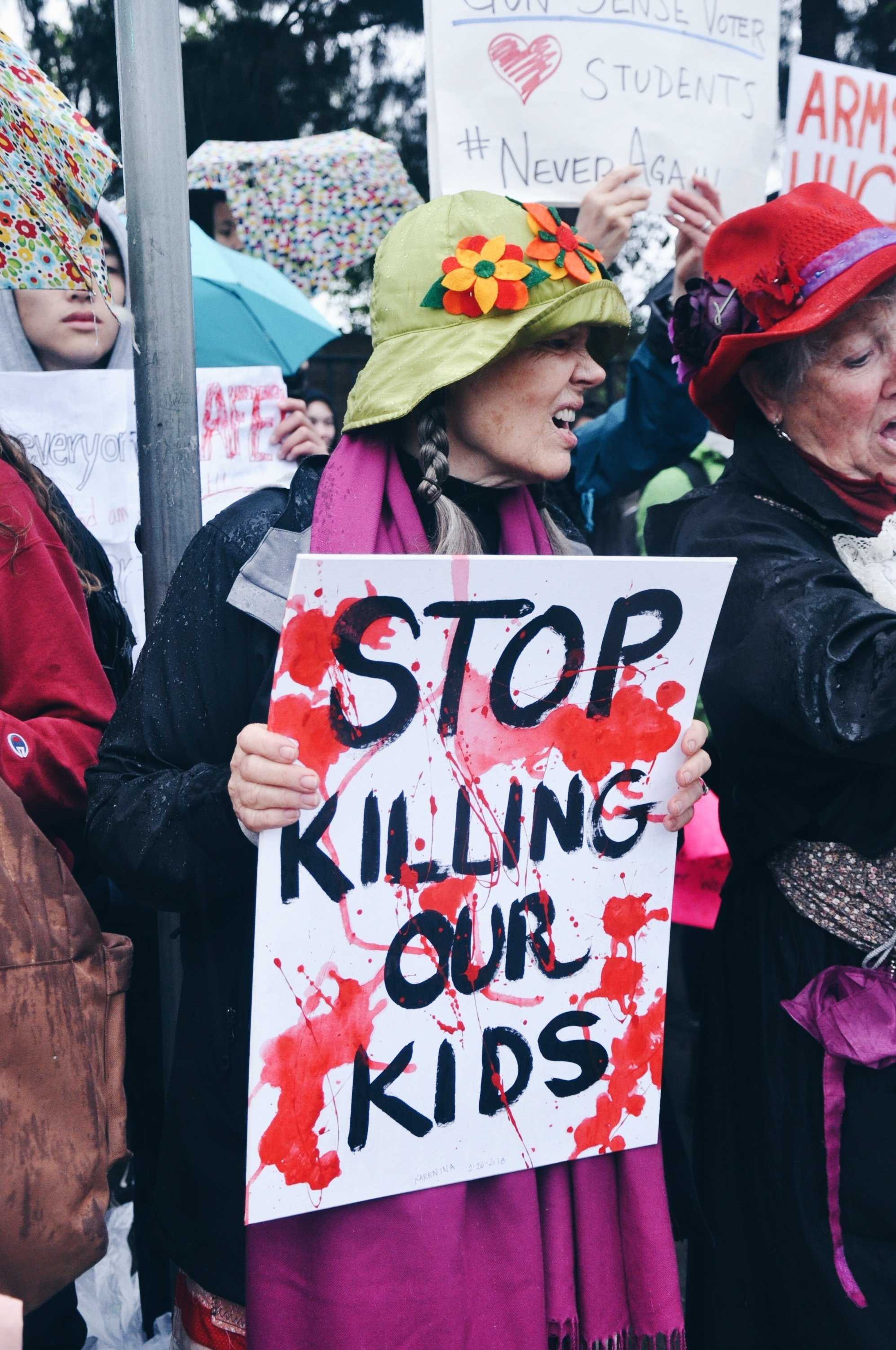 Early this morning, students from Gunn High School and members from the Palo Alto community came out in multitudes to support a protest calling for increased gun control. The protest was inspired by the “#NeverAgain” movement, which has spread to high school and college campuses across America after the Marjory Stoneman Douglas High School shooting in Parkland, Fla. that left 17 dead.

The event was organized by Gunn junior Elizabeth Salwitz, who was inspired to show support for the victims in Florida.

“I think a lot of us at Gunn really wanted to show support for the victims in Florida, but we also wanted to show that we know that we are the future voters of America, and that we have the power to create change,” Salwitz said.

The protest began at 7:30 a.m. despite pouring rain, and many students stayed outside well past Gunn’s 8:25 a.m. start time. The students were joined by other community members, including parents, teachers and administrators, many of whom were moved by the activism of Gunn students.

The protest consisted of anthemic chants and handmade signs calling on lawmakers both in Sacramento, Calif. and Washington D.C to create legislation to prevent future school shootings. The vast majority of protesters called specifically for legislation to prevent people from obtaining more powerful guns and attachments like bump stocks.

“I want to see a repeal of the Dickey Amendment, I want to see science-based solutions with what’s going on with gun deaths, not only in schools but generally in society,” Bernstein said. “And I want to see the CDC funded to study gun violence as a public health epidemic which is what it is.”

However, other students focused on other aspects behind school shootings, citing gun laws as only one of the factors behind the problem.

“I think the fact of the matter is, gun laws aren’t enough to support students,” said Gunn High School Board Representative Advait Arun. “It would be very easy for someone to come onto Gunn or Paly campus and do a lot of damage. And I think more than that, there needs to be a lot of law enforcement reform, mental health reform and a lot of changes need to be made to our educational and community systems to make sure we don’t have school shootings.”

Among the protesters was school board member Terry Godfrey, who showed her support by providing snacks for protesters.

“I’m inspired by our high school students,” Godfrey said. “I just want to make sure that they know the adults in their lives support what they’re doing and stand by them.”

The protests, which drew over one hundred participants, seems to have been a success.

“I think it went really well,” Salwitz said. “So many people came to show support which was so powerful and amazing to see. Even though it was pouring rain, people still came and showed their support, which makes it even more powerful.”