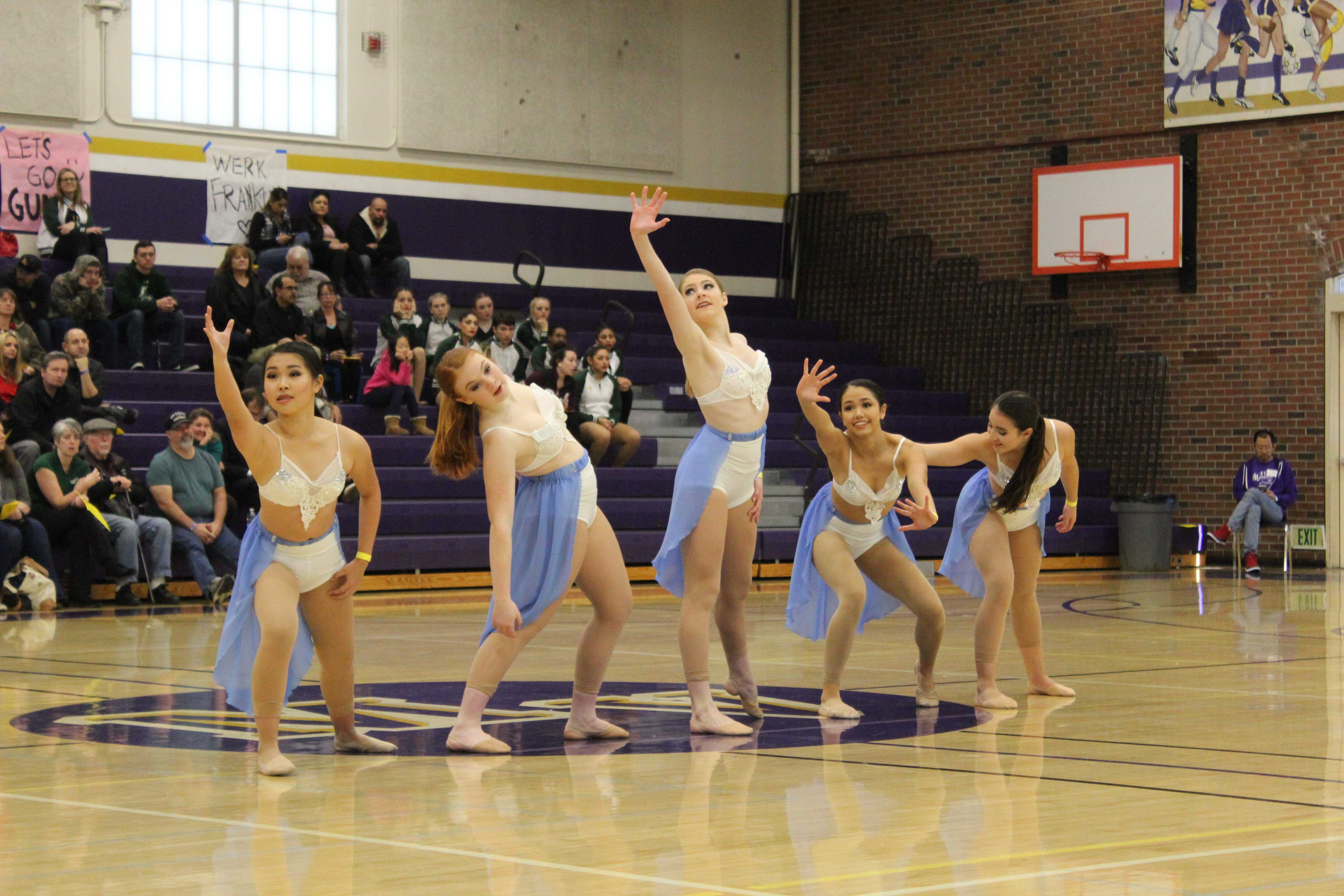 Three years ago, the Paly dance team did not participate in any competitions. The team’s hard work could only be seen in halftime performances during Paly sporting events. Flashforward three years later and the team has become competitive, currently looking to place at United Spirits Association (USA) Nationals on April 1 in Anaheim, Calif. In preparation for Nationals, the dance team has been practicing since August and has competed at three local competitions.

In Anaheim, the team is planning on performing in three dance categories in the Open Division. These categories will example different strengths within the team.

“We’re competing in the Extra Small [Category], which has five people, Small Dance with six people and Small Jazz which consists of seven,” said sophomore Olivia Ramberg-Gomez, who will be competing in Nationals for the second time and is taking part in all three dance categories.

“We’ve been consistently placing right under the team that gets the trophy, so we usually come in around fourth place,” said head coach Alanna Williamson.

The team has high expectations for Nationals given their past record. They have placed in Nationals for the past three years, placing high in all categories.

When teams attend Nationals, they are divided into two categories: Open Division and Championship. Championship is for teams who score high at the local competitions. Paly dance was close, but their scores did not allow them to qualify for Championship. However, competing in the Open Division category will hopefully give the team a higher chance of placing well.

“We’re hoping to place really well at Nationals,” Williamson said. “We’re in the Open Division so we’re hoping we can potentially win in our division because we’ll be competing against teams much lower than us. We’re at the top in Open Division.”

Unfortunately, the team has faced difficulty competing with other schools, as some of their competitors have more time allowed for practice.

“The difference between our team and other higher ranking teams is not talent it’s just the time they can put in,” Williamson said. “Some of the teams we compete against are performing arts schools so they have dance class during school and practice seven days a week.”

Despite this minor obstacle, the team has been taking extra measures to better their chances of returning home with a trophy. Throughout the year, the team and coaches have made a collective effort to remain organized and increase the number of practices.

“This year, we’re a lot more organized with our practices. We added a practice to the week this year so we have a lot more time to perfect our dances.”

The team is also intensifying their practice routine before Nationals specifically.

“We have four and a half weeks till Nationals and I’m taking them through a really intense strength and conditioning program,” Williamson said. “Yesterday, we worked on technique for the whole two hour practice.”

Williamson has offered much guidance and dedication to the team in the past few years. A University of California, Los Angeles graduate and experienced dancer, Williamson helps the team reach their full potential by dedicating extra time to perfect their dances.

“Alanna is a really great coach because she helps us perfect our moves,” Ramberg-Gomez said. “We call it ‘cleaning’ our dances; we do them step by step and practice the moves until they’re perfect. She has us do that with every dance. She also schedules extra practices and makes sure we have a lot of time to work in the gym. Her dedication is really crucial to the team’s success.”

Overall, the team’s achievements stem from the dancers dedication and Williamson’s genuine care for the team and its success.

“I really really care,” Williamson said. “I told them, ‘At the end of the day, I want to win that first place title ten times more for you guys.’”