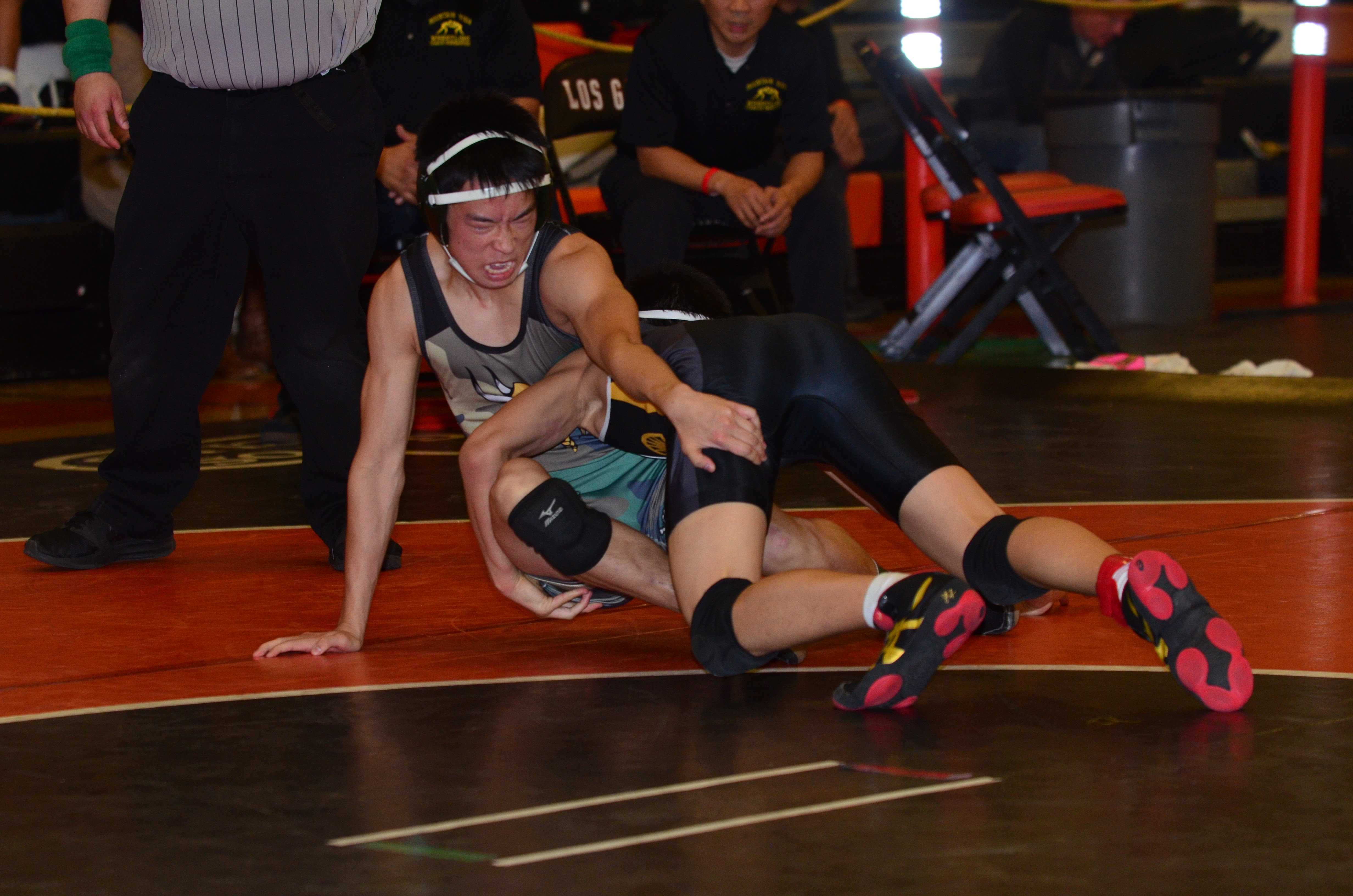 Wang and Grewal have achieved a feat this season that places them on a prestigious list.

“My co-captain Calvin Grewal and I are very happy to qualify for state,” Wang said. “Qualifying for state was both our main goal for a long time. There hasn’t been a Paly state qualifier for three years, and we are honored that our hard work paid off. We look forward to the state tournament this upcoming weekend.”

The girls varsity wrestling team competed in the CCS tournament with this year’s tournament having the most female wrestlers in the event’s history. Two hundred ninety-seven girls wrestled in 14 weight classes. The Paly girls finished in 14th place and took home three medals with a combined record of 19-13.

One wrestler who put on a show throughout her 2018 campaign was junior Masako Perez. Perez was the only semifinalist who made it to the second day of CCS wrestling matches. She was seeded fourth and won her first three matches before falling to defending state champion, Julissa Taitano (Silver Creek High School).

“Being a key wrestler was fun,” Perez said. “It was amazing to get new girls on that mat and be able to work with them. My season was okay. I had a lot of fun. But there’s so much room for improvement. I’ve got to work on my mental strength a lot more. The team has gotten so much better. We have kids who are passionate and talented and hopefully that attracts more people.”

Boys wrestling had a great season as well. Senior Cooper Kim, whose season has recently ended, said despite the loss of wrestlers throughout the season, the team held its own and that these losses served as motivation for the season.

“We lost a lot of wrestlers about halfway through the season, and that was pretty unfortunate, but in a way it only left the team with guys who really wanted to wrestle,” Kim said.

Kim said a lot of team success comes from  the comradery the players share, despite duels being individual.

“Wrestling is definitely a tough sport so I’ve had my ups and downs wrestling for the team, but definitely have become closer with everyone. Wrestling isn’t much of a team sport, but we do our best to cheer each other on in matches.”

The team’s hard work reflected positive results throughout the season.