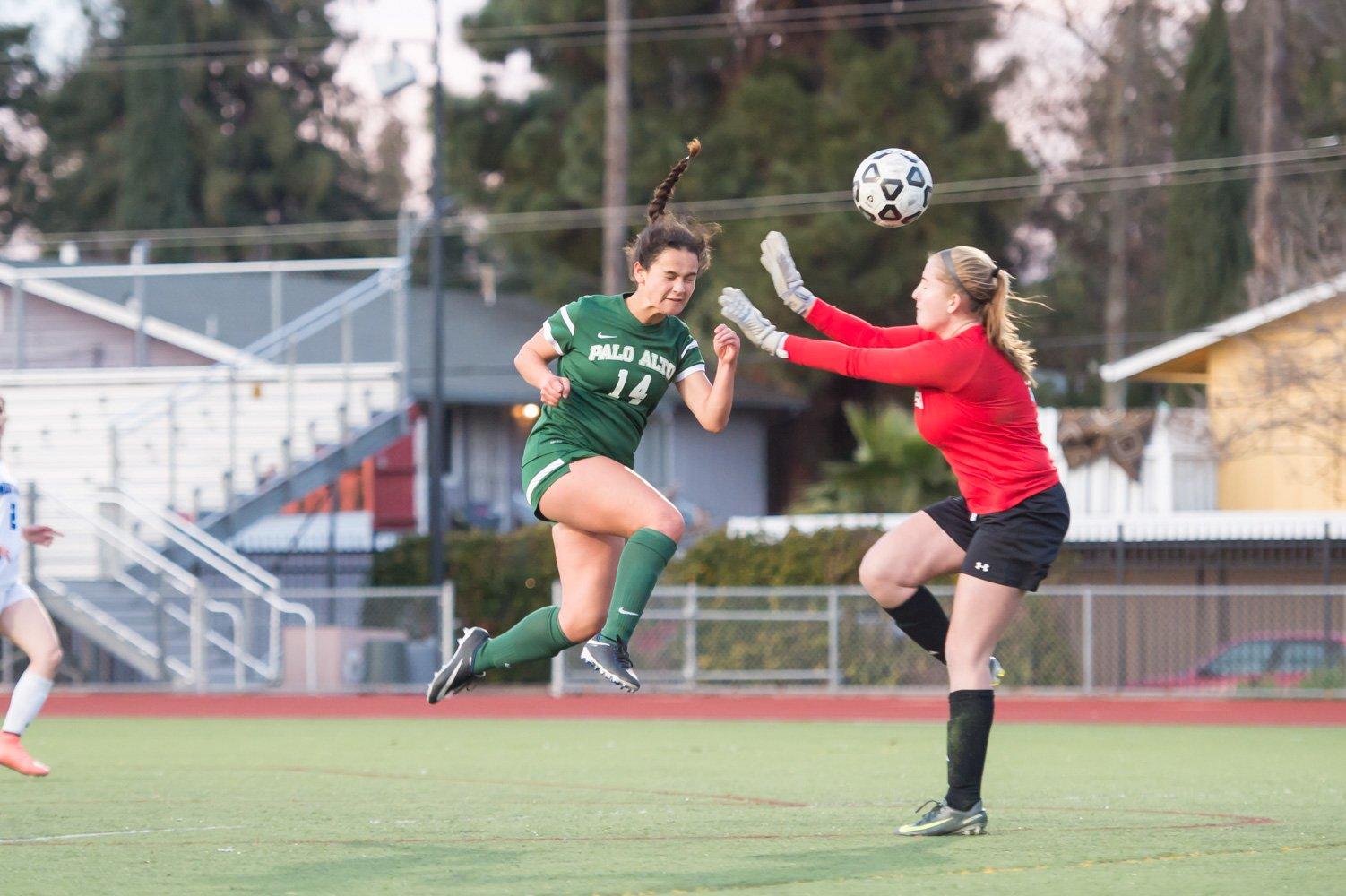 For seniors Emily Tomz, Ally Scheve, Clara Luehrs, Courtney Cox and Isabella Bonomi, there was an unspoken magic in the air as they took the field on Feb. 7. It was the girls soccer senior night, a game to commemorate the soon-to-be-graduated leaders of this team.

Unfortunately, the game did not go as hoped, and the Vikings fell to Homestead High School 1-0.

“Losing on senior night was a real bummer,” Tomz said. “It was the most disappointing game of the season, but the senior night celebrations following the game were absolutely fantastic. The parents did a wonderful job making the night so great, and I couldn’t have imagined anything more special.”

Tomz said the Homestead game marked a turning point for the worse. While the team cruised through the first half of the season, recent games have posed more of a challenge for the team.

“We haven’t been scoring much recently, so that’s one thing we’ve been especially working on,” Tomz said. “We also make some critical errors on defense which have led to a few goals against us, so we’re focusing on reducing those too and bouncing back if we do make those errors. We struggle the most when other teams get counter-attacks, so it’s critical for us to get back on defense right away and not be lazy, all over the field.”

Tomz said she wants to see more urgency from the team when it comes to scoring goals. In the last five games of the regular season, the team has only scored four goals, going 2-2-1 in that stretch. In the previous five games, the team scored 16 goals and was undefeated.

“We have to put ourselves in the right spot and get the ball into the net no matter what.”

Despite this brief lull, the Vikings looked to rebound in the playoffs. Central Coast Section (CCS) elimination rounds started Feb. 24.

“We’ve had some tough games recently and didn’t end our season very well, but this week we’ve been working hard and are preparing to give CCS our all,” Tomz said.

Tomz and the team got their wish, rolling past Pioneer High School 2-0 in the quarterfinals of CCS.

“[The Pioneer] game was a great win and a confidence booster,” Tomz said. “In recent games we’ve struggled with finishing, but against Pioneer we had multiple shots, both from distance and close up, which means that we’re not wasting any chance we have. Our possession was also better this game than in previous ones. Although Pioneer put high pressure on us, we were able to play out of the back, stay composed and turn out of pressure.”

Sadly, the Lady Vikes’ season came to an end after they fell to Mitty 4-0 in the semifinals CCS.

“Losing against Mitty was really disappointing, but I’m still really proud of this team. We had a great season and I can’t wait for next year.”

Tomz adds that while Mitty is a good team, the loss still stung.

“Three out of their four goals were all easy goals, which are unacceptable to give up, especially in a CCS game,” Tomz said.

However, there is a silver lining to this loss. By winning their first game in the Open Division of CCS, the girls team automatically qualifies for the NorCal Tournament.