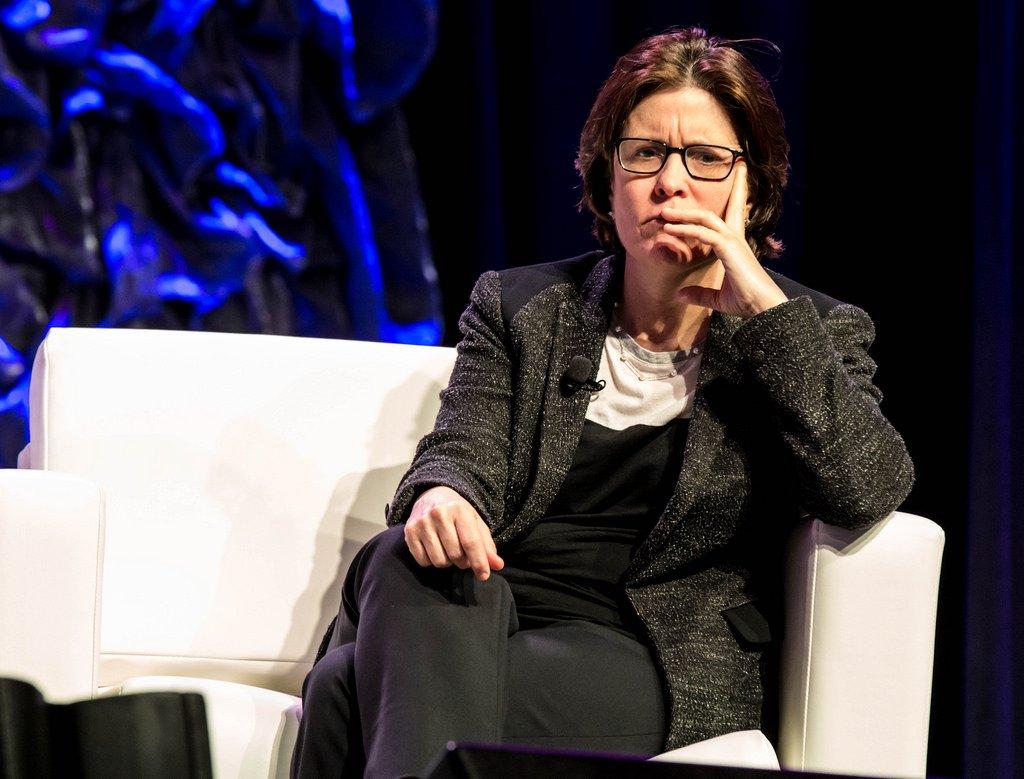 The Graduate School of Journalism at the University of California, Berkeley is recognizing  the achievements of alumna Esther Wojcicki, Palo Alto High School journalism teacher and longtime adviser of The Campanile, with a lecture series in her name.

The series was to be inaugurated last night with a lecture by tech journalist and author Kara Swisher on the Berkeley campus.

Wojcicki is the founder of the Paly Media Arts Program, widely considered to be one of the nation’s largest and most distinguished scholastic media programs.

“It’s the only named lectureship we have,” said Ed Wasserman, the Dean of the Graduate School of Journalism at UC Berkeley. “It’s a great honor.”

“I think it’s because I’ve had a major impact on scholastic journalism,” Wojcicki said on having been honored with a lectureship. “My method of teaching, where I give students the control, is the key to the success of the program.”

The Esther Wojcicki Lectureship was created in 2017 with support from the Taube Philanthropies. The Taube Family Foundation is based in the Bay Area and has been working to support diverse educational, cultural, civic and communal organizations as well as public policy initiatives for more than three decades.

“It’s the only named lectureship we have. It’s a great honor.”

“The Taube foundation approached us and wanted to do something appropriate to honor Esther,” Wasserman.

As the first Wojcicki Lecturer, Swisher served a week-long residency with graduate students, which consisted of master classes and seminars. Swisher, a former journalist for The Wall Street Journal as well as The Washington Post, is among the nation’s most influential reporters covering Silicon Valley and is the executive editor of Recode, a tech publication, as well as the host of the Recode Decode podcast and the co-executive producer of the high-profile Code Conference, attended by executives of tech giants.

“We are delighted to have her,” Wasserman said.

Swisher has also authored two books, “aol.com: How Steve Case Beat Bill Gates, Nailed the Netheads and Made Millions in the War for the Web,” as well as “There Must Be a Pony in Here Somewhere: The AOL Time Warner Debacle and the Quest for a Digital Future.”

More recently, Swisher has written a number of articles on the rideshare giant Uber. The topic of Swisher’s lecture was “Can Silicon Valley Be Tamed?” and was to address  relevant topics such as monopoly power, gender bias, privacy destruction and global disinformation campaigns.

Wojcicki said,“I am so honored to have this lecture series in my name and to have my journalism work at Palo Alto High School recognized as outstanding.”