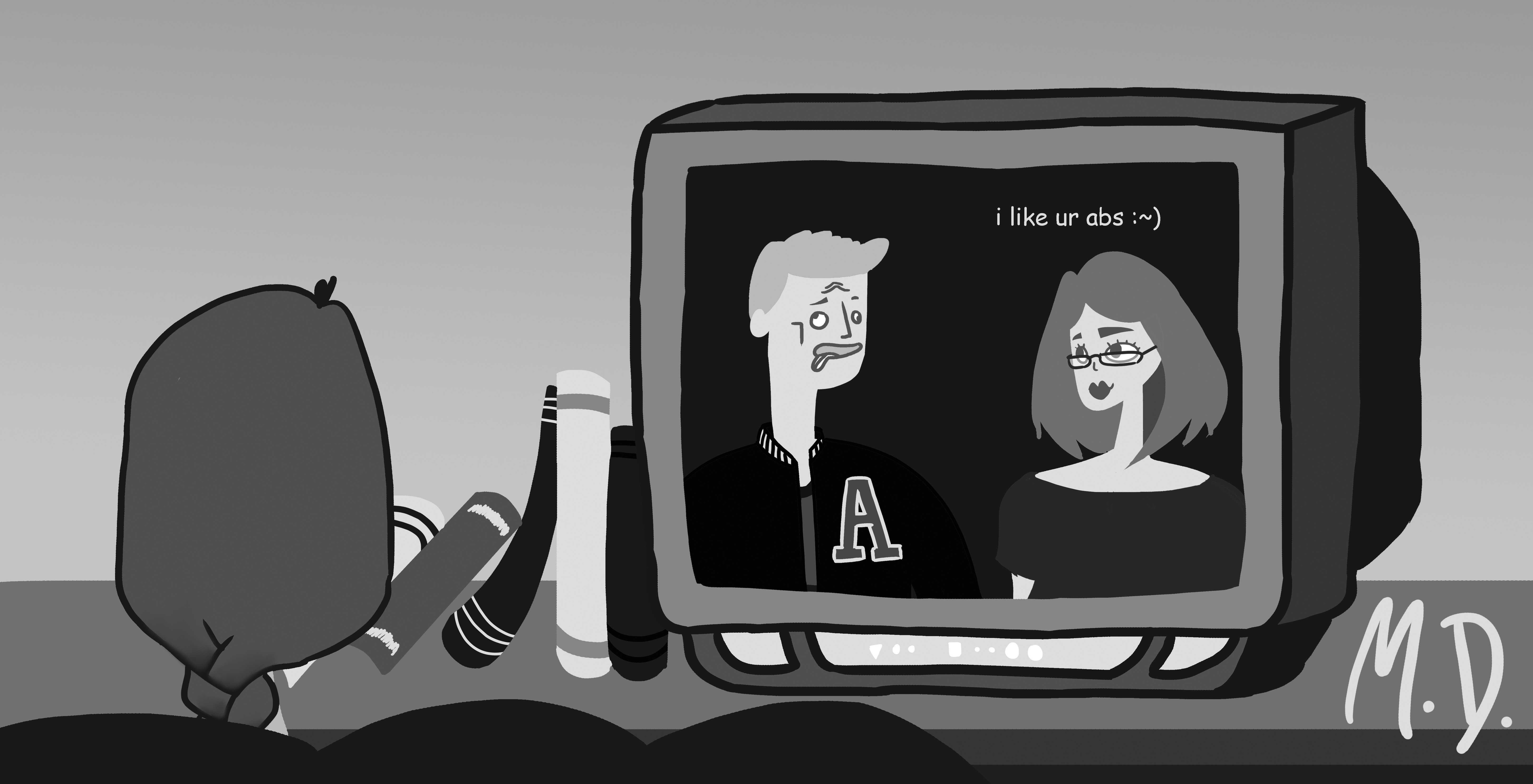 The movie “Mean Girls” is widely considered to be one of the most iconic films about high school in our generation. It tells the story of a teenage girl, Cady, as she navigates a new school divided into cliques and ruled by an elite group of popular girls. Many other films centered around teenagers dramatize high school in similar ways.

Although these portrayals may carry a seed of truth, they do not accurately depict the experience of most high school students. The hyperbolized version of school in television and movies set unreasonable expectations that are harmful in many different ways.

One way these portrayals are harmful is through unrealistic body representation. First of all, “teenage students” in film are often portrayed by 20- to 30-year-old actors. For example, Regina George, one of the popular girls in “Mean Girls,” is played by Rachel McAdams, who was 24 at the time. All of the actors who played teenagers in the original cast of “Glee,” a comedy-drama television series with a high school setting, were 22 and older.

Cory Monteith, who played one of the lead characters, was 27 years old at the start of the series. This makes most actors in high school centric films around four to 11 years older than the ages of their characters.

While these years may not seem like much, they have a huge impact in terms of a person’s physical development. Most teenagers in real life are adjusting to adolescence and, of course, that awkward transition comes with many uncomfortable bodily changes.

However, actors who play teenage characters in films have usually already matured and thus set unrealistic standards for teens on how their bodies should look. An example of this would be “Riverdale,” another popular teen television show. The ages of the actors that play high school students in the show range from 20 to 30 years old.

“It’s not an accurate portrayal because all the guys have abs, and that’s not very realistic for teenagers who are still growing and still trying to find themselves in their bodies and minds,” said junior Alyssa Gee. “It just makes people’s expectations higher.”

According to “Media Influence on Drive for Thinness and Drive for Muscularity,” a journal article by Mary Pritchard and Brooke Cramblitt, the media plays a large role in people’s ideas towards ideal body image. It creates a pressure to attain the ideal body type and can also cause body dissatisfaction from comparing oneself to the ideal body portrayed in media. Another issue with high school films and television is the romanticism of danger and breaking the rules.

One recurring situation that films and TV shows tend to glorify is inappropriate relationships between teachers and students. Several examples include “Mean Girls,” “Riverdale,” “Gossip Girl,” “Pretty Little Liars” and even the film based on James Franco’s book, “Palo Alto.”

“I think [it] gives the wrong message about relationships in high school,” Gee said. “[It] could make young viewers think high school isn’t professional or safe, putting high school in a negative light as a result.”

Also, it is unfortunately uncommon for these relationship to have any repercussions when portrayed in films. According to Gee, “Riverdale” features a semi-romantic relationship between one of the main characters and his music teacher, but the teacher receives minimal punishment for her actions.

“The show’s mindset comes off acting like the actions made by [the teacher] were not that of enough importance to take the correct route and prosecute her correctly,” Gee said. “This mindset could then transfer though to the viewers, incorrectly informing them about the correct prosecution routes and even laws.”

This plot point of student-teacher relationships and the lack of consequences for the teachers also desensitizes viewers and makes it almost acceptable. However, the reality is that these relationships are completely inappropriate, and such storylines fail to acknowledge the age of consent or the unethical nature of a relationship between a young individual and an adult in a position of power.

The drug use and underage drinking are also commonly romanticized, setting a bad precedent for young viewers. The portrayal of teenagers acting recklessly only encourages other teens to act similarly in their everyday lives.

“Despite the negative portrayal of teens, [‘Riverdale’ is] an interesting show to watch, if you set it aside from reality,” Gee said.

While it is understandable that film is saturated with tasteless illegal behavior and melodrama for entertainment, we must consider the effects of these portrayals. They make it more difficult for viewers to distinguish between reality and fiction, and between what is acceptable and what is not.