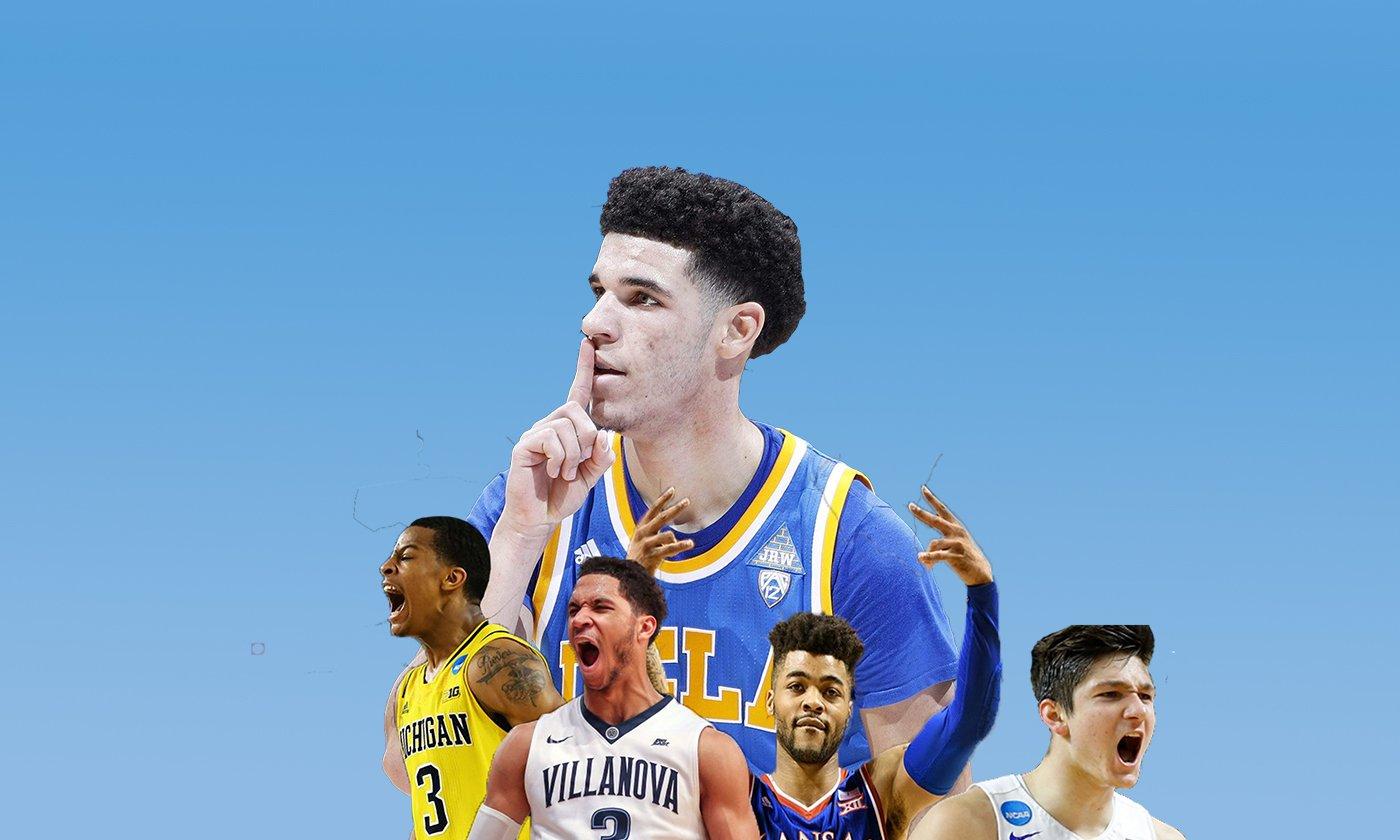 March Madness by the numbers

Held in a single elimination format, there is little room for error. Here, if a team is caught slipping, there are no second chances. From Cinderella tales coming to life, to heartbreaking buzzer beaters, the month of March is full of unpredictable excitement for sports fans and players.

Despite the average ticket of a tournament game being nearly $500, there are other ways to feel the prominent sensation of March Madness. One of the perks of following the tournament is filling out a March Madness bracket, a form of betting, comprised of predictions about how each of the 68 teams will do over the course of the tournament. Each year, 40 million people take on the challenge of something that’s never been done before in all 79 years of its existence: filling out the perfect March Madness bracket.

On average, roughly 70 million brackets are made nationwide each year in hopes of winning a prize up to $1 billion — a challenge offered by Warren Buffet — only to be later busted. And while it technically isn’t impossible to fill out the perfect bracket and win the grand prize, the odds are incredibly low, estimated by Forbes at one in 9.2 quintillion and calculated to be as low as one in 128 billion by a professor at DePaul University.

According to the American Gaming Association in 2017,  March Madness enthusiasts spent upwards of $10.4 billion on tournament brackets. Only 3 percent of the sum was wagered legally.

Having some knowledge of college basketball is certainly beneficial and puts participants at a significant advantage. But, with unforeseeable upsets every year, even for experts, it’s extremely difficult to predict the outcome of 67 games correctly, as no team can be counted out during the contest. Nonetheless, students and teachers find themselves chasing a prize of some form — even if it’s only for bragging rights — and compete with one another to see who will maintain the most precise bracket.

“The fun thing about all of this is the element of uncertainty and unpredictable nature of the tournament itself, which gives everyone a chance, even if you aren’t a college basketball fan.”

Students at Paly have created a competitive atmosphere and often compete with friends and family to see who will achieve the most accurate bracket. For the college basketball fans, a typical competition consists of each participant chipping in at least $10 into the pot in which the player who makes the most accurate picks gets to take home. In order to make the best picks possible, many students perform extensive research on teams in hopes of reaching the top of their pool and obtaining a reward.

“A few years ago, my bracket was in the 99th percentile in the entire nation for accuracy,” senior Will Schmutz said. “When I made my picks, I focused on what each team did well. In order to have a successful bracket, I try to choose teams that play with a fast tempo and score a lot. Teams that focus on defense and play with a lower tempo tend not to succeed.”

Reaching the 99th percentile is a rarity for most participants. According to The Washington Post in 2015, only 86,737 brackets out of the 11.57 million remained perfect through three games. Making mistakes is all a part of the process but learning from them and applying strategies learned from previous years are key to success.

While some are looking to reach the same heights as previous years, others hope to avenge and build off their past experiences for a better shot at winning the pot.

“Last year I finished third to last so I’m looking for some type of redemption against my friends by winning the pool this year,” De Martel said. “[Last year,] I made the mistake of choosing Duke and Kentucky in the final and we all know how that turned out.”

Additionally, as many look to improve on their previous luck, each year, the madness brings new participants with fresh eyes and an optimistic outlook regardless of experience.

“Last year was my first time participating in the bracketology aspect of March Madness and I surprisingly got 65 percent of my picks correct. I tend to just flip a coin for each matchup. I like to leave my luck up to chance.”

Additionally, the uproar of filling out brackets has become common and popular amongst teachers. Spanish teacher Kevin Duffy is one of many teachers who has filled out a bracket and though experience wasn’t on his side, he can still add a March Madness pool victory to his resume.

“A very long time ago there was a teacher that started a bracket,” Duffy said. “I just sort of filled out random names, and I won. We had a list of the colleges, and I just filled them all in. I didn’t know what I was doing, but I got the most right.”

For nearly three weeks, rather than listening to lectures, a typical day at school includes students zoning out of class and glued to their computers, tablets and phones, making quirky faces across the room to fellow friends or peers as they watch the outcome of their brackets unfold.

According to USA Today, a change in behavior and decrease in productivity during the tournament is completely normal. There has been a reported increase for calling in sick, and tardiness to allow for more tournament watching.

Many teachers run into the issue of students streaming games during class and believe that there is a discrete time and place for watching such an event. But with so many students tempted to catch the latest stats and results of the tournament, teachers find themselves in a tough situation on where to draw the line between entertainment and academics.

“I think March Madness is a nice thing, people get excited and have fun with it and I really enjoy that…. just not in class,” Duffy said.

As March Madness begins, a buzz of excitement will fill the Paly atmosphere,with students and teachers alike affected by the tournament.

“March Madness is a magical few weeks that never fails to give us special moments,” said Zou. “Fans are grateful.”