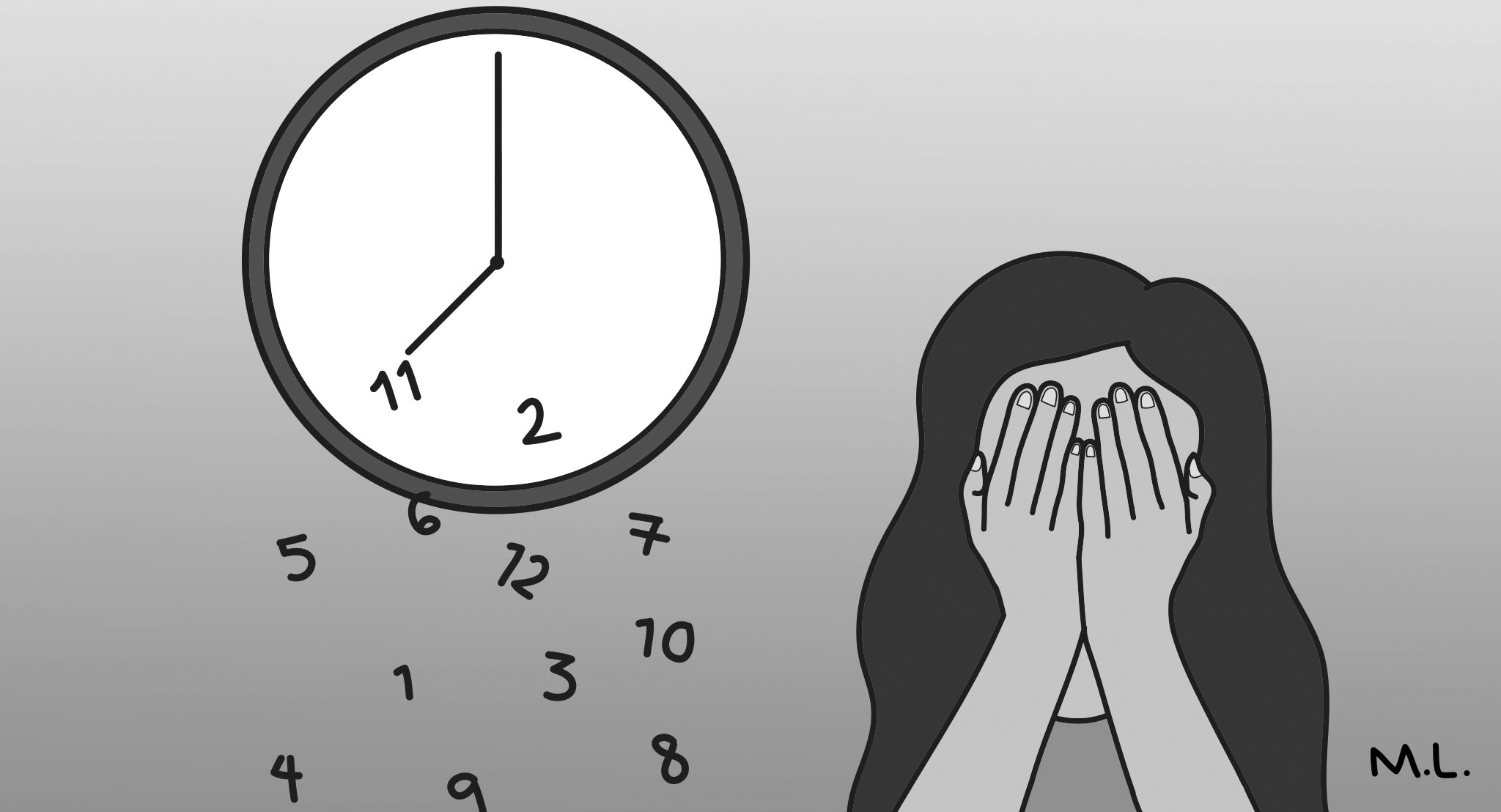 Minimum days should be spread out over course of year

Who doesn’t love a minimum day? Students can leave at noon to enjoy a stress-free off-campus lunch and teachers can attend meetings without having to stay at school for too long. Students and teachers alike can laze through 30-minute periods with minimal effort; after all, what is the point of teaching or even attending a class that is one-third the time of its usual length?

However, while some students may enjoy minimum days at the time during which they occur, these days may come back to haunt students in more ways than one.

Though it may seem like 45 minutes is not much time lost, in reality, it is likely that even more time was lost during the week than what appears on the class schedule. Teachers and students at Paly are both used to 55- or 90-minute periods to teach and learn all of the information that had been planned out for the day’s lesson.

However, when teachers are not given the full amount of time to lecture, proctor a full quiz or answer students’ questions thoroughly, students lose out on almost an entire day’s worth of learning.

Senior Joonsung Ha struggled to adjust to the alternate schedule.

“I think when you have staggered periods like that you can’t really focus for extended periods of time so to the extent it did [negatively impact learning],” Ha said.

Additionally, some blended classes forwent holding classes at all. AP Psychology teachers Melinda Mattes and Christopher Farina did not meet with their classes on Monday because,  according to Mattes, there was not a lesson plan that would fit in the allotted class time.

If the District requires that Paly have these minimum days, it should also have the common sense to not schedule three minimum days in a week.

“As a blended course, students have up to one period per week blended when they are not required to physically be in class,” wrote Mattes “For that particular week, it made sense to make the minimum day blended. Given that we didn’t have a 30-minute activity that would conveniently fit at that point in the curriculum and that we had other weeks coming up that were not “normal schedule,” we opted to use it as our blended period. Otherwise, we feared that it would require trying to cram a lot of information in a very quick period.”

This lost time not only detracts from the amount of subject matter that students learn during the week but also can put students behind in the curriculum, potentially for the rest of the semester.

When students, for example, take the AP test, they will be testing against students who have had more academic minutes to learn about the subjects that they have been taught. Now, compared to other years, students will have a less thorough lesson in relation to their respective classmates, with the possibility of lower test scores for the current unit.

The minimum day on Monday was in place for teachers to meet after school while the subsequent minimum days were held to accommodate for the American Mathematics Competition (AMC) test being taken by some Paly students.

A simple solution to this issue would be to hold a minimum day in the weeks preceding or after the AMC test so that less time would be lost in a single week.

Next year, the District could make the 12:30 p.m. dismissal minimum day in a different month than the AMC test, thus ensuring that the minimum days will not occur within the same unit for a class.