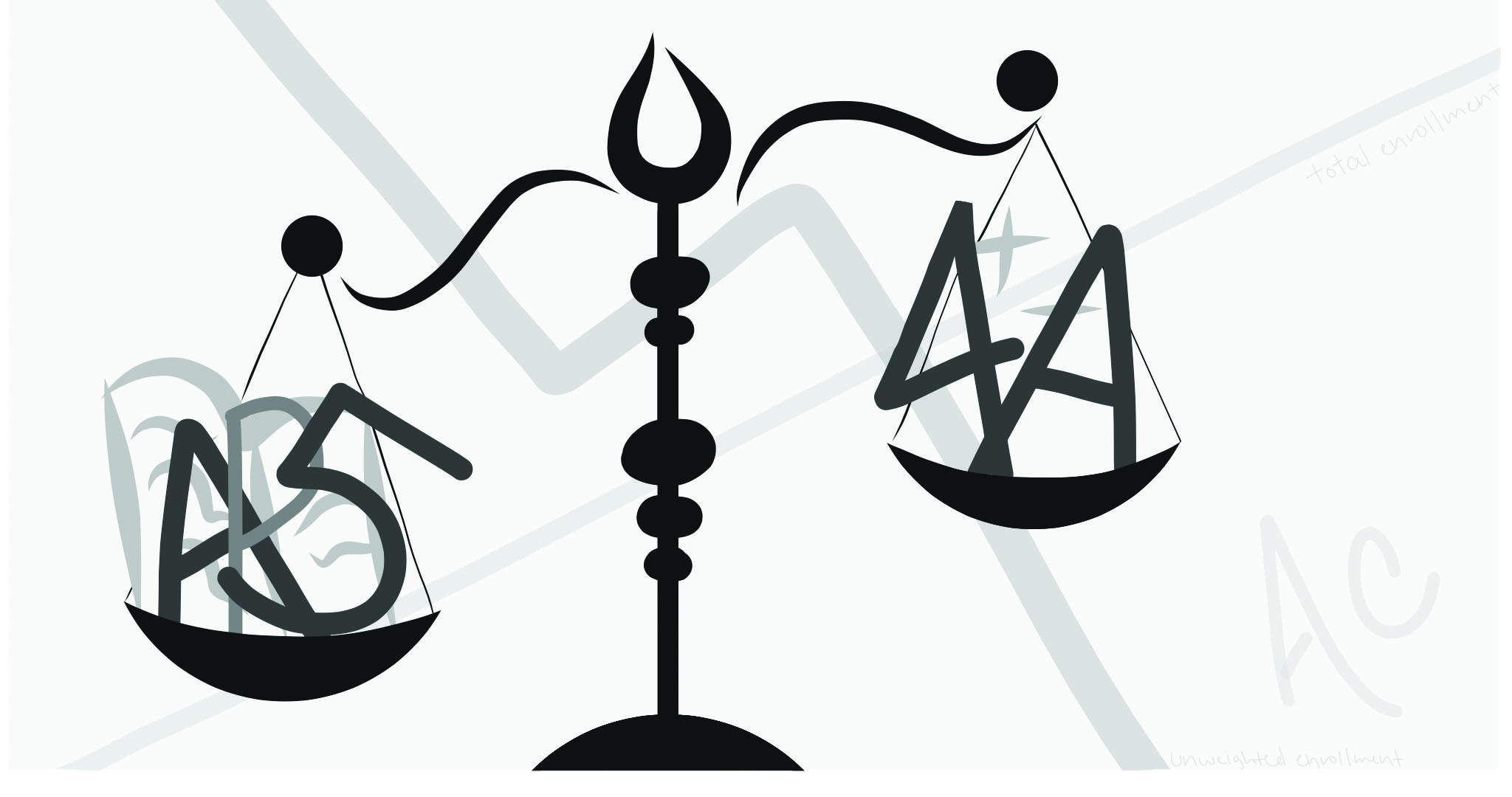 Paly ought to re-evaluate its definition of honors courses

Paly offers a plethora of courses and pathways, ranging from music to computer science to journalism. However, in light of some of these elective courses being offered as honors courses in the 2018-19 school year despite minimal significant change in the material or workload, it begs the question: What does an honors course mean in a school where a shrinking number of non-honors electives may remain?

After the Board of Education’s controversial decision last May to adopt weighted GPAs, students have more incentive to take a weighted course than an unweighted course simply because it may make them more competitive in their college applications.

The logic behind offering traditionally unweighted elective courses as honors — be it for journalism courses or not — is it encourages students to take a given course not because of the impact on their weighted GPA, but because they are genuinely interested in the subject. As a result, although enrollment data for next year is not yet conclusive, the odds of a drop in enrollment in weighted elective courses are reduced compared to if the courses remained unweighted.

However, there is a cause for concern. The fundamental purpose of the weighted GPA is to give students more credit for taking academically challenging courses, which may not be reflected in one’s unweighted GPA. For example, if Student A takes “easy” classes but has the same letter grades, and therefore unweighted GPA, as Student B who takes “hard” classes, the efforts of Student B may not be evident in their unweighted GPA, which may hinder their admission chances into more competitive colleges.

Yet, this logic in favor of the weighted GPAs raises many questions as to what its effects mean for Paly students, namely the recent spike in unweighted electives to be offered as honors.

First, with more weighted courses available, a “high” weighted GPA is meaningless. If there is a greater supply of students with high weighted GPAs, the academic prestige of having a high weighted GPA decreases because said students are no longer as “outstanding,” thus hurting all students’ chances for college admissions and defeating the purpose of weighted GPAs.

Second, weighting more courses will likely fuel more debate in the weighted GPA saga, call into question the legitimacy of Paly’s weighted GPAs and sow unnecessary conflict among community members. For example, does honors mean “this course wouldn’t be around if it wasn’t honors,” or does it mean “this course is rigorous and challenging?”

Some may say that the meaning of honors can be rectified by requiring more work to be done for the new honors courses. However, while this may seem straightforward in theory, it is much more difficult in practice.

For example, should The Campanile produce more often per year, leading to more late nights for already-stressed students? Should students have to write more articles and devote more hours of time towards homework? Should they be more given tests and quizzes? Should they be graded on effort, creativity, teamwork or quality of writing?

If Paly decides to increase the workload significantly for newly weighted elective courses, it will undoubtedly exacerbate stress levels, raising the question: How can Paly say it cares about mental health and also encourage students to take more weighted courses at the same time? The purposes of these two priorities could not be more polarizing.

No matter what Paly decides to do about this issue, there are two things it must keep in mind.

First, Paly must ascertain what our core values and goals as a school are. Is it to engage in the mad race of more APs and honors, even at the expense of mental health? Or do we value the mental health of an already ultra-competitive community?

Second, any decision must be democratic. Students and teachers, those who are actually living our culture and affected most, need to have the first say.

In light of the changes at Paly, it is vital to consider the impacts of weighted GPAs and honors courses compared to what we want for the school and environment we all love.